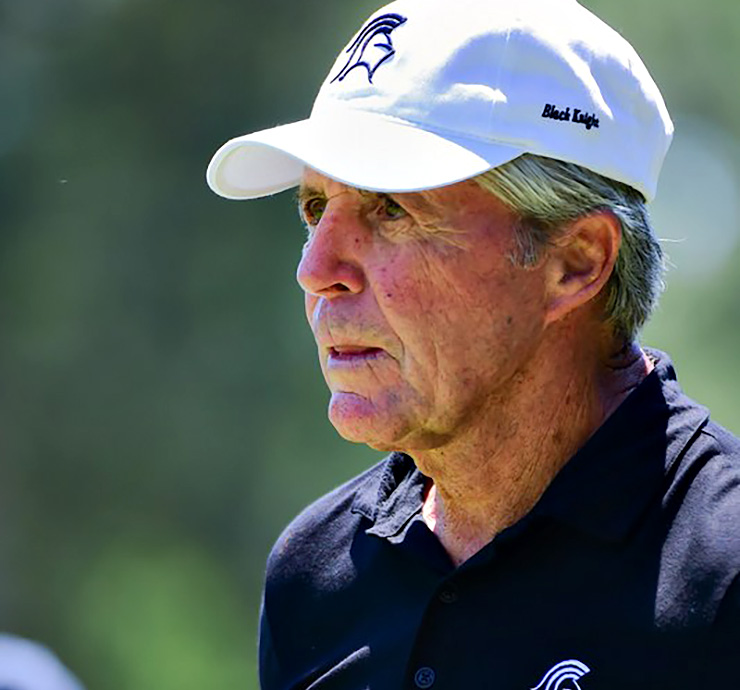 There’s a good chance Bernhard Langer will win the KitchenAid Senior PGA Championship on Sunday. If he does, he’ll officially pass Jack Nicklaus for most career majors on the PGA Tour Champions.

It would also give Langer 32 career senior victories. At a very youthful 59, he has a chance to surpass Hale Irwin’s long-considered unsurpassable career win record of 45.

But as to the major record, there will be a dissenting voice, one familiar for its clipped syllables and fervent conviction. It will belong to Langer’s golfing idol, Gary Player, who it’s safe to say scrutinizes the record book and his place in it more closely and critically than any all-time great.

The 82-year-old South African strongly believes he won nine major championships in senior golf, because while official totals don’t count the three Senior Open Championships he won as majors, he does. It bothered Player when Langer’s victory at last week’s Regions Tradition was widely reported to have brought the German into a tie with Jack Nicklaus for the most career senior majors with eight. And according to friends, Player was downright dejected two weeks ago when, on the first tee of his one-round exhibition with Nicklaus and Lee Trevino, he was announced as having won six senior majors.

Getting credit for nine senior majors is important to Player. Not only would it give him the most, his claim to achieving the career senior Grand Slam is based on having won the Senior Open Championship in 1988, 1990 and 1997. And the symmetry of equaling the nine majors he won on the regular tour allows Player to more easily make a point about the example that he sees as a big part of his legacy.

Player has always been about doing things others haven’t. It goes beyond being the greatest international golfer in the game’s history, a record that is probably safer than Irwin’s 45 senior wins. Player could once say with certainty that he had flown more miles as a passenger than anyone in history, and he wonders how many men his age can still leg press 400 pounds, do 1,000 sit-ups at a time or run the treadmill on the highest setting.

Such hyper-competitiveness comes from a deep place. During his recovery from a serious neck injury at age 15, Player remembers looking in the mirror and repeating over and over, “You will be the greatest golfer in the world.” While he was still playing regularly in his 60s, he refused to concede that Nicklaus’ would end up with the most total regular and senior majors. “He might,” said Player of his friend, “but let’s wait until all the golf has been played.”

Even today, Player can’t help pointing out when he outdrives Nicklaus during their ceremonial tee shots at the Masters. As Player said in his autobiography: “What I have learned about myself is that I am animal when it comes to achievement and wanting success. There is never enough success for me.” 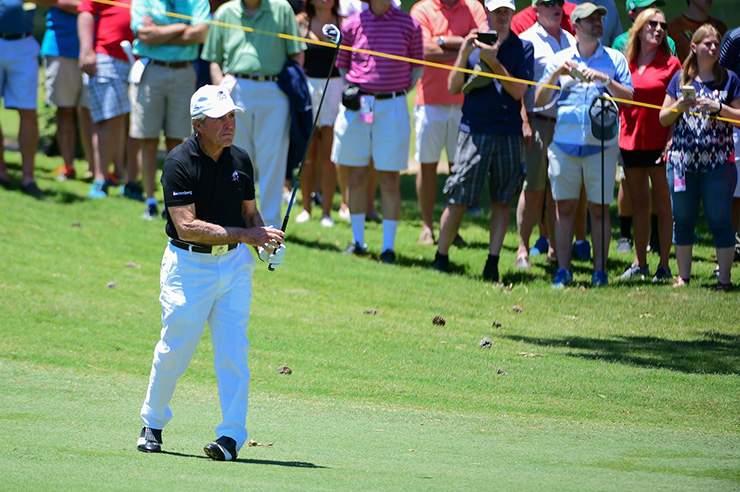 Now Player hopes that his Senior Open Championship victories will be retroactively deemed majors. The championship was first played in 1987, but it wasn’t designated a major on the PGA Tour Champions until 2003. Besides Player, the previous multiples winners were Bob Charles, Brian Barnes and Christy O’Connor Jr.

An almost parallel situation occurred in women’s golf. The British Women’s Open, first played in 1976 (without the men’s “links only” policy), was not considered a major until 2001. Karrie Webb had won it twice before that. And if Laura Davies’s 1986 victory had counted as a major, she would have entered the World Golf Hall of Fame a decade earlier.

Player’s argument for retroactivity is persuasive, starting with what he considers golf’s chronic institutional undervaluing of the international game. “Remember that the Open Championship itself wasn’t made official by the PGA Tour until 1995, which meant it didn’t count on the victory totals of Snead, Hogan, Palmer, Nicklaus, myself all that time,” Player says. “Imagine the oldest golf tournament, played on links courses that are the greatest test of skill and mind, with the most representative international field, not being recognized. It tells you something. And to similarly not recognize the Senior Open Championship as a major for many years is not fair.

“What I would say,” Player continues, “is that every tournament has to start somewhere, and then it evolves. The Masters in 1934 was not what it would become, but every player who has won it is recognized as a major winner. I remember Arnold Palmer, using his word, telling me it was ‘bullsh–’ that the Senior Open Championship wasn’t a major. He so regretted not winning the championship when he was playing senior golf, because playing on an old links where golf began was very special for him. I wonder, what would the status of the championship be if Arnold had won it three times?”

Player’s claim that he—and not Nicklaus—is the only man to have achieved the senior career Grand Slam is flawed by his contention that the Tradition, now one of the five senior majors and a tournament he never won, should not have been designated a major at its inception in 1989. “It’s always been a very nice tournament,” he says. “It’s just not a major.” But whether it should or shouldn’t have been, the fact is it was. Nicklaus is officially credited with completing his era’s Grand Slam by winning The Tradition (four times) along with the U.S. Senior Open, the Senior Players Championship and the Senior PGA Championship, all before the Senior Open Championship (which he never won) was designated a major.

By winning on Sunday, Langer would become the first player to complete the senior career Grand Slam since it has been expanded to five championships, an even greater feat than either Nicklaus or Player achieved.

Regardless, in my opinion Player’s main argument—biased by his own “animal” ambitions as it undoubtedly is—is right. The powers that be should designate that every Senior Open Championship ever played was a major. Even more than the U.S. Senior Open (always a major) follows the U.S. Open, the 50-and-older version of the Open Championship looks and feels and plays like the world’s oldest championship, and that alone should make it a major.

Langer’s current run into the record books makes now the right time to give Player an official stamp for three more senior majors, and at least one more for 10 other players. Player would have his nine—which might even withstand Langer’s final total. And even though a similarly authenticated senior Grand Slam for Player is not in the cards, it’s OK. Even if it were, it still wouldn’t be enough success.