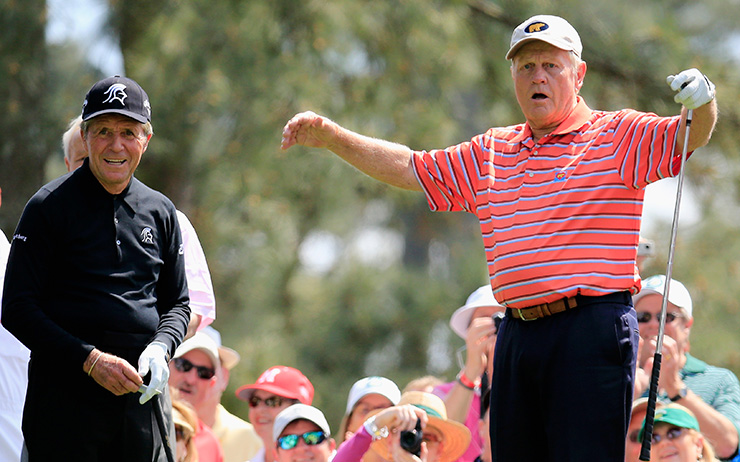 Gary Player’s love of physical fitness is legendary, especially since it hasn’t waned in his 80s. But why does someone who was born the year after the first Masters was played still do all of those push-ups and sit-ups? The answer may lie in a chance to show off at the year’s first major championship.

Player took a lot of joy in out-driving Jack Nicklaus last year when the two hit their ceremonial tee shots at Augusta National. And nearly a year later, he’s not done celebrating — or reminding Nicklaus of how it went down. Check out this tweet he sent on Thursday:

Chuffed when you know keeping in shape just helped you drive by your friend’s ball 😜 See you in two weeks @TheMasters pic.twitter.com/jtERxJrzt7

What a great photo. Player in the forefront, looking confident after crushing his shot; Nicklaus in the background seemingly marveling at how far his older friend just hit it. We had to look up “Chuffed” (It’s British slang for being very pleased), but the message is clear: Gary is prepared to outdrive Jack again.

This isn’t the first time, Player has mentioned his training before hitting that tee shot alongside his friend. In 2014, Player said he “did an extra 200 sit-ups to make sure I outdrive him.”

So, Jack, you’ve been warned. Again. And you have two weeks to hit the gym. — Alex Myers