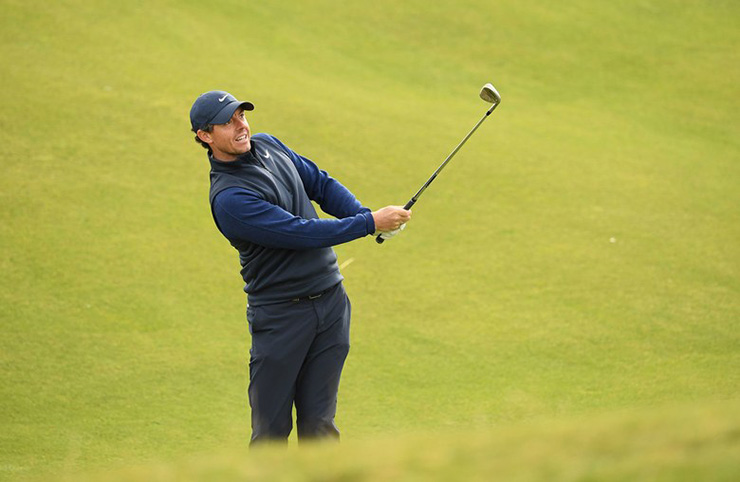 By John Huggan
In the wake of his T-26 finish in the Alfred Dunhill Links Championship at St. Andrews, Carnoustie and Kingsbarns, Rory McIlroy had some stern words for the European Tour on Sunday with regard to the often-polarising subject of course setups. “Too easy,” was the Northern Irishman’s message to tour chief executive Keith Pelley.

“I’m sort of honestly sick of coming back over to the European Tour and shooting 15 under par and finishing 30th,” said McIlroy, who has played only four “regular” European Tour events (non-major and non-WGC tournaments) this season. At the Dunhill, McIlroy posted scores of 70-66-70-67 yet finished seven back of winner Victor Perez.

“I don’t think the courses are set up hard enough,” McIlroy said. “There are no penalties for bad shots. It’s tough when you come back and it’s like that. I don’t feel like good golf is regarded as well as it could be. It happened in the Scottish Open at Renaissance. I shot 13 under and finished 30th [actually T-34] again. It’s not a good test. I think if the European Tour wants to put forth a really good product, the golf courses and setups need to be tougher.”

In the wake of all that, it came as no surprise to hear the four-time major champion will be repeating a PGA Tour-centric schedule in 2020 that he feels led to the high level of consistency he showed throughout the year. In other words, visits to his home circuit are likely to be sparing. For the remainder of 2019, he’ll play just two more European Tour events: the WGC-HSBC Champions in China and the DP World Tour Championship to close the year in Dubai.

“Winning the FedEx Cup was validation of my decision to play more in the States,” said McIlroy, who also grabbed PGA Tour player of the year honours over Brooks Koepka in a vote of tour pros. “I’m getting stick [for not playing more in Europe], but I’m turning down millions of dollars [by not going] to Abu Dhabi and Saudi Arabia because I want to do the right thing. I want to play on the courses I want to play at. I don’t think I should get stick for that because I feel like I’m doing the right thing.”

“It’s been a great year,” McIlroy continued. “I’ve won big events and I’ve consistently played well. Every week I show up and I shoot good scores and play good golf. If I continue to do that, I’ll be in a good spot. I don’t want to travel that much anymore. I’ve done it for 12 years. I want to have easy flights and not have to go across eight, nine time zones and have to get acclimatized. I’m happy to do what I’ve done this year.”

Despite his criticism, McIlroy’s time in Scotland was more than enjoyable. He played with his father, Gerry, in the pro-am portion of the tournament, and the duo finishing tied for first at 39 under with the team of Tommy Fleetwood and Ogden Phipps II. Because Fleetwood had the lower Sunday score compared to McIlroy (64 to 67), Fleetwood’s pairing was crowned the official pro-am winners.