Winning Around The World

From the U.K. to Nigeria to Taiwan, we’ve crowned the king of golf’s national opens 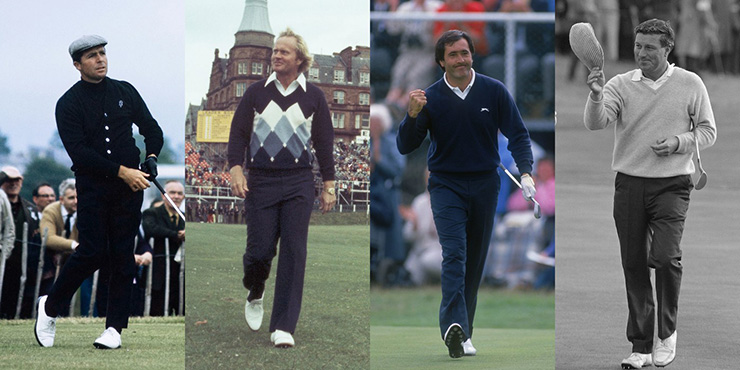 By Shane Ryan
The following exercise in madness—for indeed that’s what it is—can be blamed on Rory McIlroy. He won the RBC Canadian Open early last month, and it occurred to me then that he had triumphed in the national opens for Canada, the United States and the United Kingdom. Further archival research (note: a visit to his Wikipedia page) reminded me that he had also won an Australian Open in 2013, an Irish Open in 2016 and—something I didn’t truly know—the Hong Kong Open in 2011. That’s a remarkable six national opens for his career! (To the nitpickers: I’m counting Hong Kong because it’s a “special administrative region” and is perceived as somewhat autonomous).

Had anyone, I asked myself, won more of these things, over a wider geographic region, than Rory?

As it turned out, that was an incredibly naive question. Rory has done just fine for himself, with six titles on four continents, but he doesn’t even come close to the all-time greats. 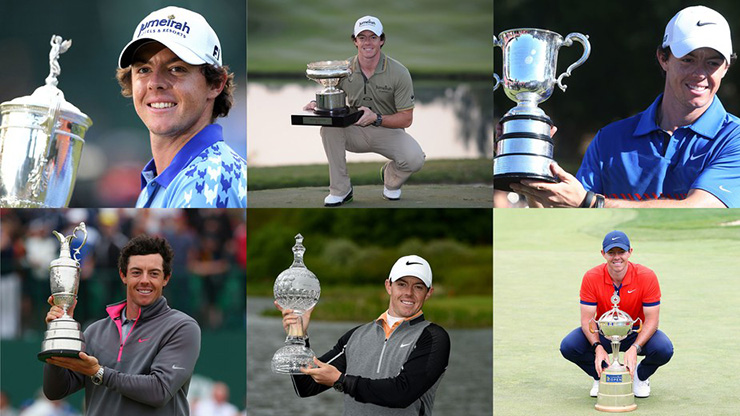 I know that because one weekend day I spent about seven hours compiling a spreadsheet of national open champions throughout golf history. It was as painstaking an exercise as you might guess, and I was doomed the minute I started. The sheer scope of the project occurred to me about an hour into the work, at which point I whispered, “I wish I knew how to quit you,” to the spreadsheet. But the questions nagged: Had anyone won on all six continents? (As far as I can tell, there is no Antarctica Open.) Had anyone won more than 10 different national opens?

I couldn’t stop. The results piled up, country by country, and before I reveal them, I want to set the parameters. What constitutes a “national open”? In my book, the criteria were:

1. It must be named after the entire country, not a city or a region. If it changes names at some point, like the “Polish Open” becoming the “Warsaw Open,” it’s no longer a national open (but remains in that category for the years before the change).

2. It must be a professional event, but not a seniors-only event.

3. It must be an accepted country or an autonomous region—of the latter, the only three I found were the Hong Kong Open, the Scottish Open and the now-defunct Madeira Islands Open.

Before the grand reveal—which we’ve also timed to correspond with the three-tournament stretch beginning this week of the Irish Open, Scottish Open and Open Championship—I want to stress that this list is almost certainly not complete. I found 63 national tournaments spanning six continents, from the Ivory Coast to Mexico to Bangladesh to New Zealand to Belgium. Undoubtedly, there are some I’m missing that are not so “easily” discoverable. In addition, to keep myself sane as I was compiling, I did not list every single winner of every single national open—I picked only the ones who were multiple winners or who had won other opens, meaning that even though there are 172 golfers represented on my spreadsheet, the likes of Mya Aye, the one-time winner of the Indonesian Open in 1976, is not on there. The leader board is mostly accurate in terms of the all-time leaders because I checked and re-checked their records, but even then, some Asian golfers might be short-changed because of incomplete records.

The point is, it’s a comprehensive list without being perfect. Enjoy it with a small-ish grain of salt. Now then, without further ado, the great master list of national open champions can be found here, with the top 10 listed below.

As you see, it’s broken down by player, total wins, distinct open tournaments won, and then wins by continent. For those who don’t want to pore over every cell, here are my favourite findings:

1. Roberto De Vicenzo is the undisputed king. The World Golf Hall of Famer from Argentina (top photo) won 41 separate national opens in 14 countries, both records. He made his mark in North America (Panama Open and Mexican Open) and captured five different European opens (British, German, French, Spanish and Dutch). It was, not surprisingly, in South America where he really racked things up, winning all seven contemporaneous national opens at least once, including nine Argentine Opens. The only South American-based Open he failed to win was the Ecuador Open because that one started in 2014. (Fun fact: Nate Lashley, this week’s big surprise winner at the Rocket Mortgage Classic, took home the Ecuador title in 2016.) 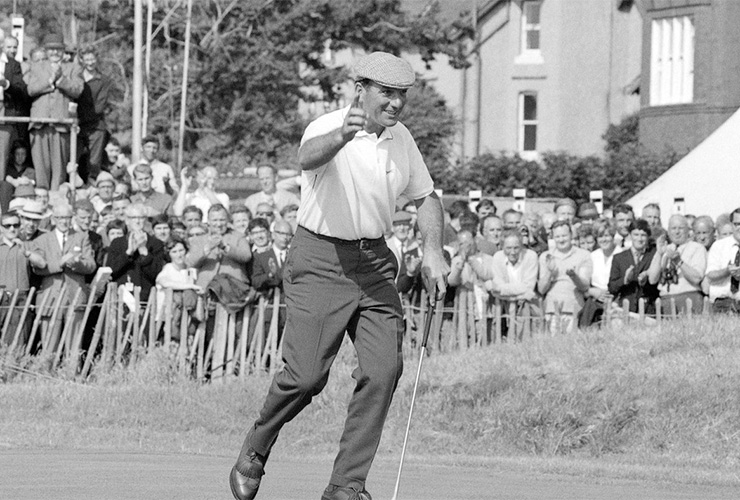 2. Or is Gary Player the undisputed king? He has “only” 28 national open wins to De Vicenzo’s 41, but he has won on five separate continents—the only man to do so. One of the very exciting parts of the research process was discovering the Brazil and Chile Opens late in the game, both of which Player won to give him his South American titles. If only he’d won a single Asian national open, he would have all six. (For the record, Player has won in Asia in non-national open events.)

3. Seve Ballesteros has the most victories in Europe. The revered Spaniard had 22 overall wins in eight national opens, and there are two golfers who tie him among Europeans for the most individual opens played with eight each: Colin Montgomerie and Bernhard Langer. Interestingly, neither one of the latter two won a British Open. Seve could have established total domination with nine discrete wins on the continent, but he lost the 1983 Italian Open in a playoff to—wait for it—Langer. 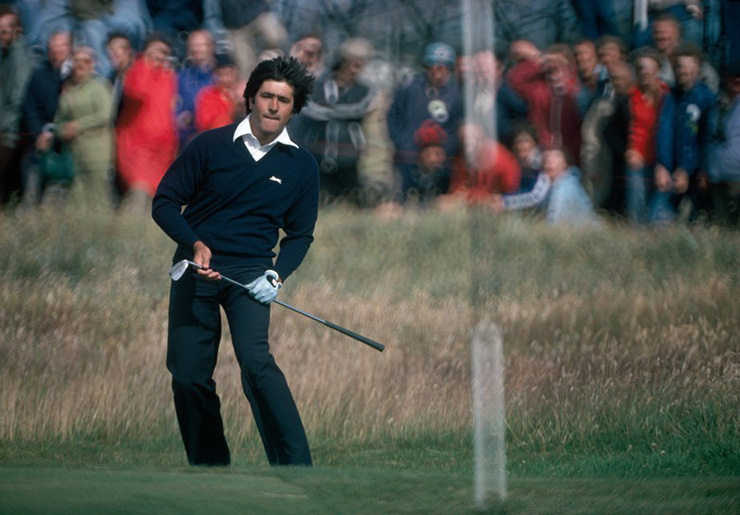 4. Peter Thomson rules Oceania. He’s got three Aussie Opens and a whopping nine New Zealand Opens. Add the eight wins in Europe (including his five British Open titles) and seven in Asia, and he ranks third in all-time Open wins.

5. Hsieh Yung-yo, whom I had never heard of before, won 16 times in Asia. The 84-year-old from Taiwan had wins in Singapore, South Korea, Hong Kong, Taiwan, Thailand and the Philippines. Meanwhile, Taiwan’s Lu Chien-Soon, 59, pulled off the impressive feat of winning six individual opens in Asia, and each tournament just once. Thailand’s Thongchai Jaidee also won six, but it’s Taiwan’s Lu Hsi-Chuen who is the only player, by my records, to have won seven national opens in Asia: Taiwan, Malaysia, India, Indonesia, the Philippines, Thailand and Singapore.

6. Mohammed Said Doche might be my favourite entry of all. He won just one national open, the Egyptian Open, but he won it a marvellous 24 times. Nobody comes close in total victories in Africa—Gary Player is next at 14. Other big one-time-only winners are Amr Abu El Ala (12, also at the Egyptian Open), Larry Montes (12, at the Philippine Open) and Peter Toogood, who won eight Tasmanian Opens.

7. And what about current players? Aside from guys on the PGA Tour Champions, the reigning champ is Jaidee, with 11 national opens in eight countries. After that, you have to head down the list to Miguel Angel Jimenez, Ian Poulter and McIlroy, all with six individual titles. Rory, interestingly enough, has managed to win on four continents—one of only six people, including Player, Bobby Locke, Vijay Singh, Greg Norman and Tom Watson, to do so. At age 30, there’s plenty of time for McIlroy to capture one more each in South America and Africa to become golf’s first six-continent national open winner.

I’ll close with a message to Rory, the man who prompted this whole thing: I know you’re targeting that career Grand Slam every year at Augusta, but if you really want to go global with your ambitions, the Venezuelan and Kenyan Opens await.