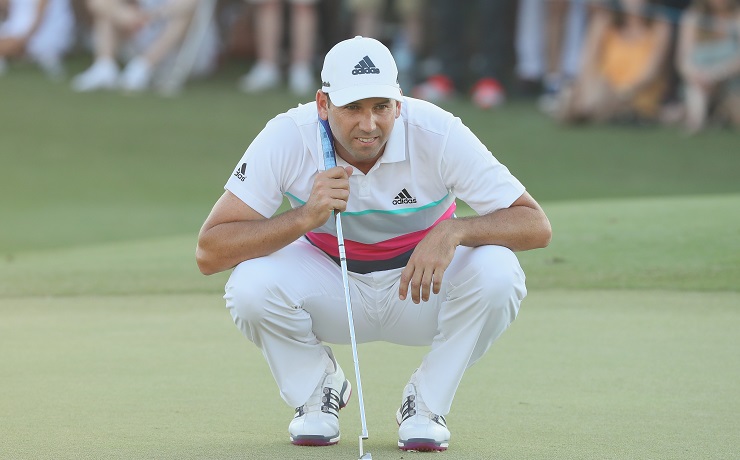 The commentator described it as a bonus par and an unexpected one at that. Sergio Garcia rated it ever higher, “one of those career 4s”.

Whichever way you look at it, the Spaniard’s par save after pulling his tee shot into the bushes down the left of Earth’s 12th hole during the DP World Tour Championship on Friday was magical.

It kept the world No.15’s second round of 67 going to the point where he starts the weekend at Jumeirah Golf Estates in a share of the lead with Italian Francesco Molinari at nine under par, a shot ahead of Englishman Lee Westwood.

Garcia knew he was in trouble off the tee, describing the outcome of the low left tracer as “I would rather not get myself in that position”.

“Obviously it’s probably one of the only tee shots with the driver that I didn’t fully commit it, and it showed and pulled it way left,” he said.

“I was fortunate a guy from the crowd, a spectator, found it for me and I was able to drop outside the bush.

“I hit a really good shot from there with a 7-iron and made a really nice putt. I had a good feeling on that putt. I felt like I was going to make it, and it was one of those career 4s.”

Time will tell if Garcia, who is last off with Molinari at 1.30pm (UAE time) Saturday and searching for his first European Tour victory since 2014, can really cash in on his skilful escape which is a clear candidate from pro par save of the year. – Kent Gray