Former winner Geoff Ogilvy explains why he passed on playing his way into this year’s U.S. Open 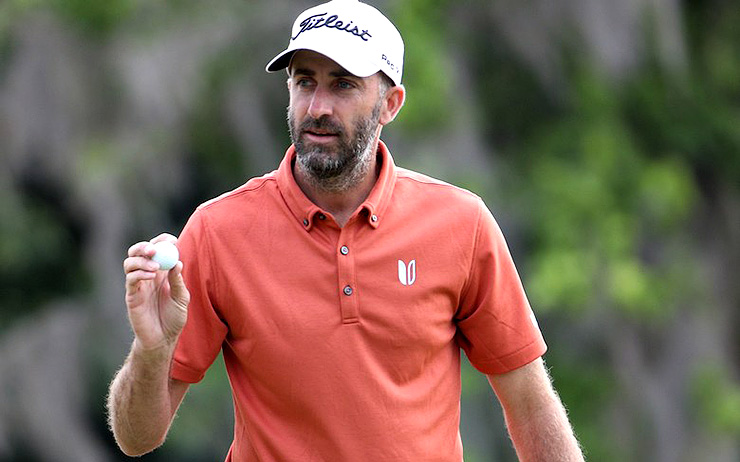 Geoff Ogilvy reacts to his putt during the first round of the 2017 Zurich Classic. Photo by Chris Graythen

Enduring a 36-hole qualifier to earn a spot in the field at the U.S. Open sounds like a no-brainer.

It wasn’t for Geoff Ogilvy, among others. Roughly one-third of the players between 100 and 200 in the FedEx Cup standings choose not to compete in U.S. Open Sectional qualifiers.

“I couldn’t find a scenario to try to qualify to play the U.S. Open with respect to my schedule,” said Ogilvy, who won the 2006 U.S. Open at Winged Foot and saw his 10-year exemption into the major run out last June at Oakmont. This season, Ogilvy is playing the PGA Tour this season on a career-money exemption. “I thought about it for months hoping I’d locked up a good spot in the FedEx Cup standings, then I would’ve played the qualifier for sure.”

Instead, he’ll spend U.S. Open week practicing at home in Arizona and focusing on playing the four tournaments between Erin Hills and the Open Championship at Royal Birkdale.

“If you play the [U.S. Open] qualifier, it beats you up,” Ogilvy said. “And then the tournament beats you up, and then I could go to [the Travelers Championship] physically tired and maybe lose a bit of confidence if I don’t play well. It was really hard for me.” 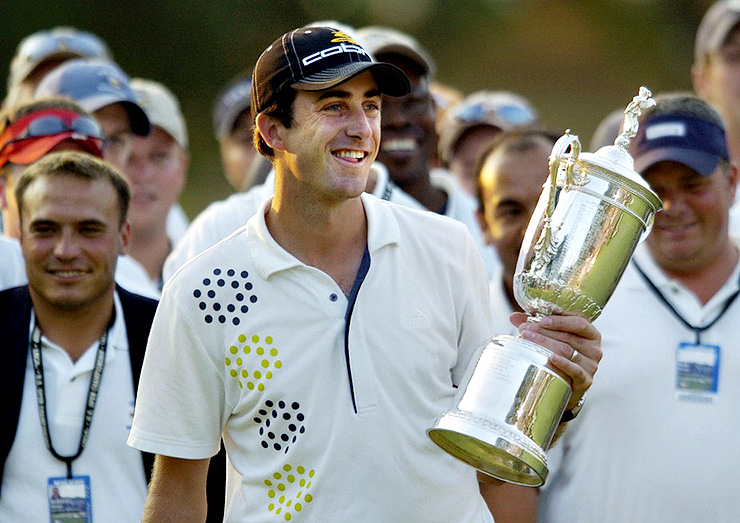 The decision ends a run of 12 consecutive appearances in the U.S. Open for Ogilvy. But he’s OK with that. Job security is more important.

Still, he’ll be tuned in goings on in Wisconsin.

“I’m sure I’ll watch,” said Ogilvy, who plans to practice at home early in the morning each day to beat the summer heat of Arizona. “The weekend is great fun and great entertainment. It’s one of the only tournaments that’s more fun to watch than to play, because fun isn’t word use to describe playing in the U.S. Open necessarily, though watching can be.” 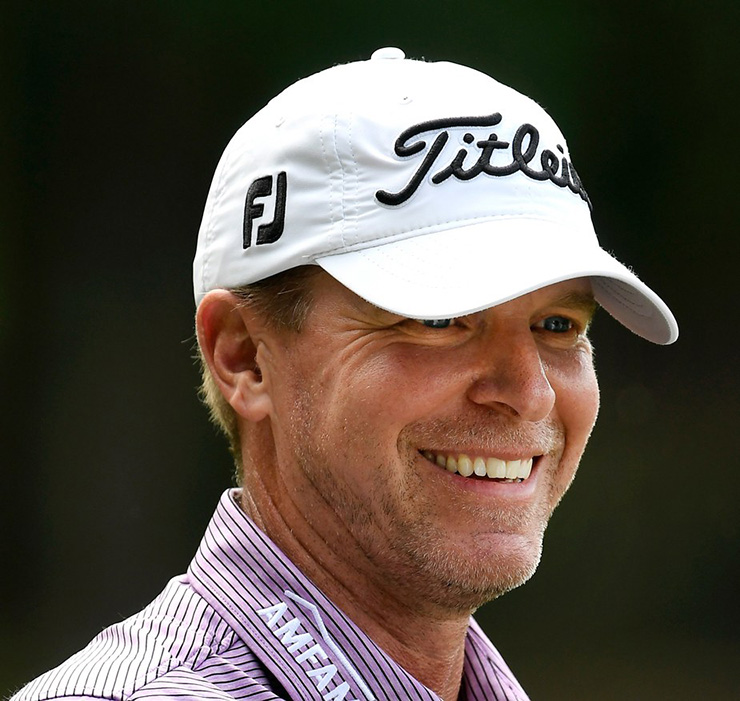 There was a little extra satisfaction for Steve Stricker getting into the U.S. Open through sectional qualifying, shooting 65-67 in the Memphis qualifier, earlier this week.

“I did it getting in on my own merit,” the 50-year-old Wisconsin native said via cell phone. “Now I don’t have to feel bad about being there.”

Not that he ever should have, even if the USGA hadn’t denied his request for a special exemption.

Yes, the organization has become notoriously tight when it comes to handing those out—two-time U.S. Open champion Retief Goosen got one last year, and the last non-major winner to be awarded one was a then 19-year-old amateur Aaron Baddeley in 2000 at Pebble Beach. But the national championship will be played in Wisconsin for the first time, and Stricker is a proud ambassador for his home state and was arguably deserving given his body of work.

Stricker has a dozen career wins on the PGA Tour, and his performances in the U.S. Open have been his best among the majors with five top-10 finishes (he also has five top-10s in the PGA). Stricker is still a top 100 player in the world even after becoming eligible to play the PGA Tour Champions earlier this year, and last July proved he can still hang in majors, finishing fourth at the British Open.

Just as important, he’s a terrific ambassador for the sport—he will captain the U.S. at this year’s Presidents Cup and has served as a vice captain previously as well as in the same role at the Ryder Cup—and Wisconsin.

Then there was the fact that he penned the welcome message for the program for this year’s event, something Stricker nearly asked to have taken out because it wouldn’t have felt right. Talk about the potential for embarrassment for the USGA before the tournament even began.

“I wasn’t surprised I didn’t get [the exemption],” he said. “But I was holding out hope they might change some of their ways of handing them out.”

Fat chance. That was OK with Stricker, too. The snub provided motivation. “It gave me something to strive for,” he said.

The same should apply to the USGA. 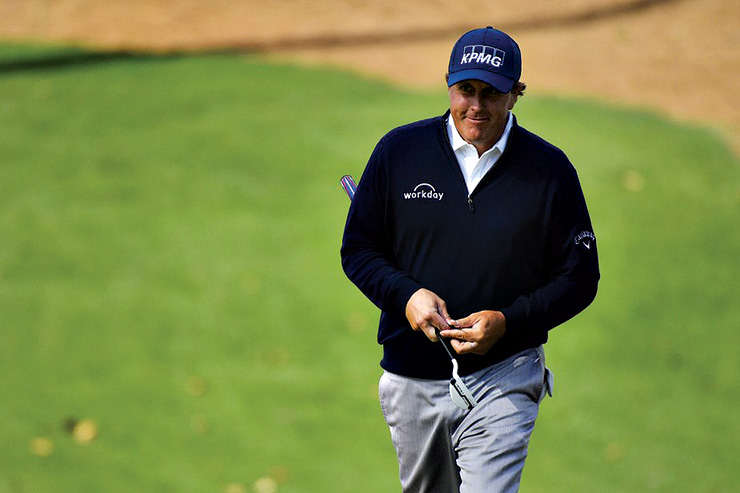 When Phil Mickelson announced last weekend he would not likely be playing this year’s U.S. Open because the opening round is taking place on the same day as his oldest daughter Amanda’s high-school graduation, I couldn’t help but wonder if in his honesty in not wanting to miss a life moment it was also a subtle way to get the school to move the time or date of its commencement.

Mickelson, of course, wasn’t having any of that, saying he wouldn’t put the school in that situation.

On Tuesday, Pacific Ridge High, the private school in Carlsbad, Calif., where Amanda is the class president and commencement speaker, issued a statement.

“We take confidentiality seriously and do not comment on our students or families out of respect for their privacy,” it said. “We look forward to celebrating the Class of 2017 on June 15th.”

The ceremony starts at 10 a.m. local time, or noon at Erin Hills. The only way he could seemingly play is if he were given an afternoon tee time and then bad weather (the current forecast is sunny and 80 degrees) pushes the time back to late in the day. It’s a long-shot scenario, at best.

There is no news on the Tiger Woods front, which is probably a good thing right now. Let him deal with the multitude of things he has to deal with for the time being and let’s see what happens in time. That said, the toxicology report from his recent DUI arrest should come back in about a week or so, according to law-enforcement officials. That will be telling, at least to an extent. … 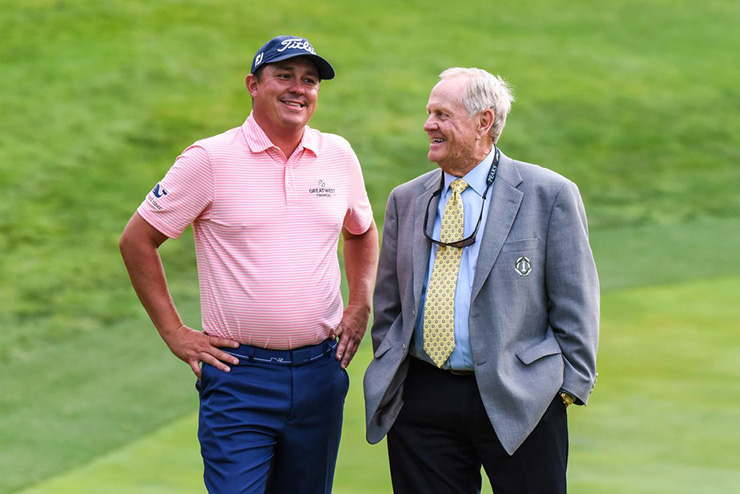 Jason Dufner bouncing back from an abysmal third-round 77 to win at Murifield Village? Yeah, didn’t see that one coming, despite the opening 65s at Jack’s place. Gritty …

The early reports out of Erin Hills are “favorable” according to handful of players in anticipation of the course hosting its first-ever U.S. Open. Let’s see what happens once the tournament starts, though. Setup is a big part of the picture. 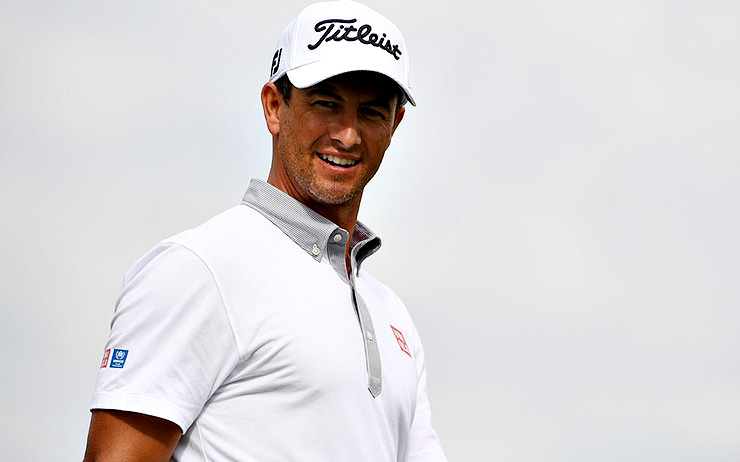 It would be very Mickelson-ian to win this week in Memphis and then skip next week’s U.S. Open for his daughter’s graduation. Lefty has an impressive track record at TPC Southwind, too, with a pair of runner-up finishes and a tie for third since 2013. Rickie Fowler is trending the right way, with a runner-up last week and his tour-best mark in strokes gained: tee-to-green. The guy who my money is on? Adam Scott. He hasn’t been there since shooting a final-round 75 to blow the 54-hole lead a decade ago but his game looks close to being really good and the venue sets up well for his ball-striking skillset.