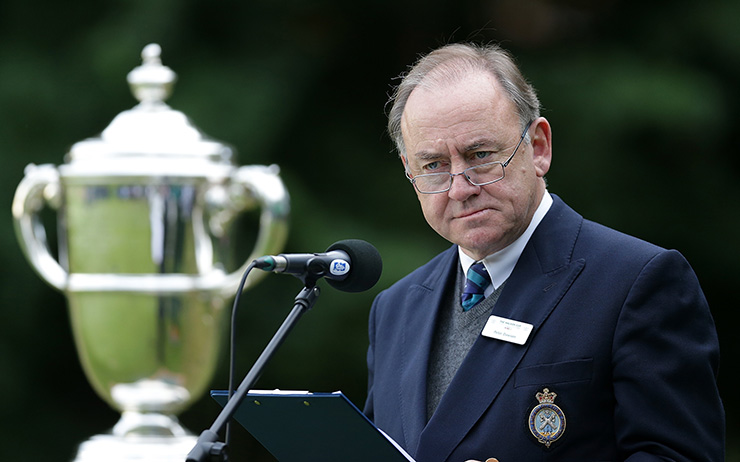 Falcon Golf, the most exciting if worst-kept industry secret since golf first met grass in the emirate nearly three decades ago, was finally unveiled Wednesday with Dawson as its high-profile and globally-networked chairman. 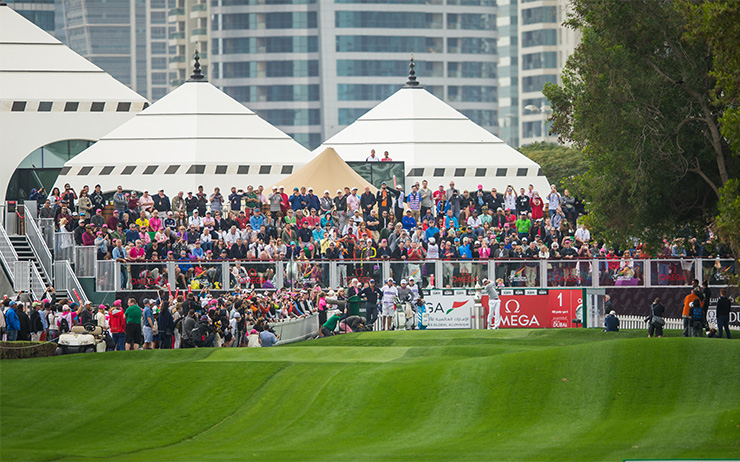 Management of the events will transfer to Falcon Golf from ‘golf in DUBAi’ on April 1. Mohamed Juma Buamaim has accepted the role of Honorary President of the two Emirates Golf Club tournaments while ‘golf in DUBAi’ – under a yet to be announced new moniker – will continue to administer the MENA Golf Tour.

In Dawson, Falcon Golf have headhunted one of the most influential powerbrokers in golf. As well as serving as R&A chief executive for 16 years, the 68-year-old Scotsman is a former Secretary of The Royal and Ancient Golf Club of St Andrews and was instrumental in securing golf’s reintroduction to the Olympic Games after a 112-year hiatus as President of the International Golf Federation, a position he still holds.

His pulling power is illustrated by this interview with Tiger Woods, shot during last week’s Desert Classic before the former world No.1 withdrew citing back spasms following his opening round of 77.

Dawson said he was “delighted” to have been chosen for this “special role” and motivated to promote Dubai “through the lens of golf,” as well as boost the emirate’s reputation as one of the world’s leading golf destinations.

“Dubai has a fantastic golf offering and, combined with the emirate’s forward-thinking approach, I believe there is a real opportunity to develop it further,” he said.

“Dubai’s investment in its golfing credentials, including its relationship with the European Tour, has proved to be very successful and I look forward to working with all of our stakeholders as we look to the future.

“Mohamed Juma Buamaim and the team at ‘golf in DUBAi’ have done an outstanding job and I look forward to building on the strong foundations they have laid.”

One of Dawson’s first and most stiffest challenges will be the bringing together of a various local stakeholders, not all of whom have been keen to collaborate previously, to maximise international opportunities. Promisingly, Falcon Golf appears to have widespread support.

“Golf has been played in the UAE for more than 40 years. In Dubai, as recently highlighted in a Deloitte report, it has grown into an industry worth $270 million. In Falcon Golf, we now have an entity that is responsible for the growth of the game,” said Khalid Mubarak Al Shamsi, Secretary General of the Emirates Golf Federation.

Buamaim, chairman and CEO of ‘golf in DUBAi’, added: “These are very energising times for Dubai and its golf offering and I am excited to see the industry being convened in this way.

“I am honoured to have been able to contribute to the success of Dubai’s growth through golf over the last two decades and look forward to my continued involvement, guiding the success of the two tournaments that are so close to my heart.”

Dubai Sports Council Secretary General, His Excellency Saeed Hareb, said Dubai had “long recognised the potential of both golf’s contribution to the sport economy and the platform it provides to tell our story to the world”.

“[Falcon Golf] will bring together the emirate’s fantastic golf assets and ensure that these continue to deliver for Dubai. This is great news for the continued development of the game in this part of the world,” Hareb said.

“With world-class facilities and courses, a number of professional golfers calling Dubai home, including Rory McIlroy and Rafael Cabrera Bello, as well as new courses coming to the market, we see a clear opportunity for future growth.”

Falcon Golf Management Ltd, established late last year, is a subsidiary of Falcon and Associates FZ-LLC which is an independent strategic advisory company working on behalf of the Dubai leadership to enhance the emirate’s position as a global hub for finance, business and tourism.

Dawson and his team certainly have a solid platform to build from. Deloitte’s ‘2015 Economic Impact of Sport in Dubai’ report found that golf generates US$270m in gross expenditure each year with $131m coming from overseas (economic impact). The three professional tournaments account for 61% of golf’s direct economic impact in Dubai while the emirate’s nine clubs and 11 courses (Al Badia has since shut its doors but will soon be replaced by Trump International GC Dubai) contribute an additional $120m of the total spend on golf in Dubai. 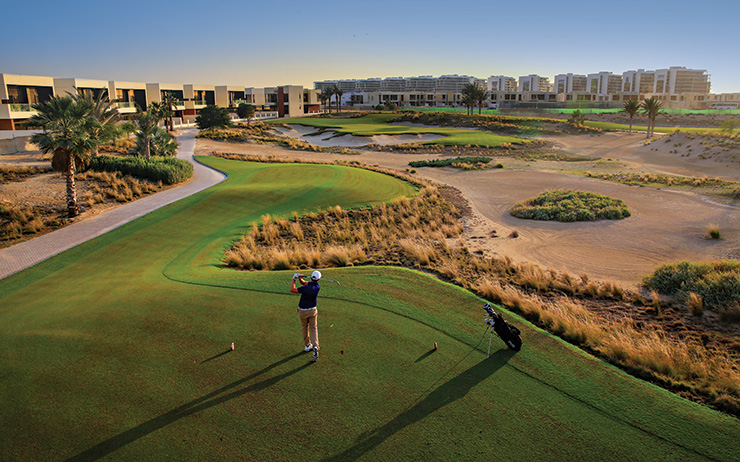 A key target area for Falcon Golf will be tourism which pumps in excess of $38m into the economy annually. The Deloitte report found 16,000 golfers visit Dubai, annually, each staying an average of five nights, playing 2.5 rounds of golf and spending around $410 a day.

Golf employs around 1800 people in Dubai and is enjoyed by around 6000 resident golfers who collectively play approximately 400,000 rounds a year.