Why another first-timer (probably) won’t win this Open Championship 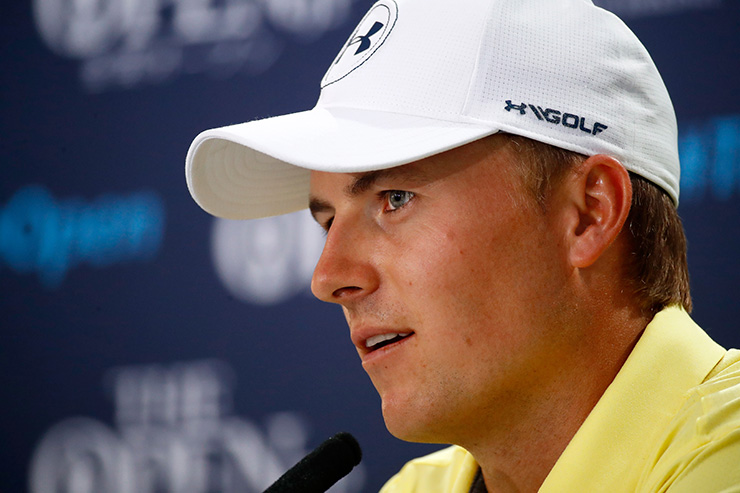 Much has been made of first-timers claiming the seven most recent majors leading into the 146th Open Championship.

Almost without exception the 11 stars summoned to Royal Birkdale’s makeshift media marquee for precious preview reel, wireless soundbites and quotes for newsprint and web have faced the same line of questioning ahead of Thursday’s opening round.

Will the trend be extended or broken (major-less interviewees generally faced the former question, those with one or more bigs the latter), and is the streak of new names stretching back to the 2015 US PGA Championship – Day, Willett, Dustin Johnson, Stenson, Walker, Garcia and Koepka – a good thing or not? Wouldn’t it be better to have a tennis scenario where Ferderer, Nadal and Djokovic have hogged the lions share of the most recent grand slams?

What was over-looked in all of this was the fact it wasn’t that long ago that there were nine maiden major winners on the trot, from Graeme McDowell at the 2010 US Open to Webb Simpson at the 2012 US Open*, just before Ernie Els ended the run by edging Adam Scott to the Claret Jug at Royal Lytham & St Annes the following month.

There were, of course, varying theories on what might happen but all it did was ultimately form the conclusion that no-one really has a clue who will win come Sunday, in itself not a bad thing for golf. What all agreed on though was how unlikely another Tiger-esque era is anytime soon is, if ever again.

What’s also inadmissible is that the nine previous champions had already won at least one major before triumphing at Birkdale, save for Peter Thompson, the inaugural winner over the Southport links in 1954 who would go on to win three Opens in succession and five in total ending right back where it begun in 1965, and the great Australian’s countryman Ian Baker-Finch in 1991.

Forget not that Birkdale also marked the emergence of the 19-year-old Severiano Ballesteros in 1976, the year Miller went from two back entering the final round to a six shot victory with his closing 66. It was a championship that will be remembered as much for Miller’s sublime ball striking as it was for the Spanish youngster’s outrageous bump and run between a pair of bunkers on the 72nd hole to secure a share of second with Jack Nicklaus.

History has a habit of repeating itself at The Open which is why, combined with decent lead-in form (he won the Travelers in his last start) and the rich U.S. history at Birkdale, you shouldn’t be surprised if Jordan Spieth wins a third major this week, assuming he can rediscover his putting mojo and is on the right side of the draw weather wise. The 23-year-old Texan didn’t feature at Royal Troon last year (T30) but went awfully close at St Andrews (T4) in an amazing 2015 after his back-to-back Masters and US Open wins and before his runner-up finish at the PGA.

Sweet ball strikers like Masters champion Sergio Garcia (twice an Open runner-up and having placed no worse than T6 in the past three Opens) and Englishman Justin Rose are strong bets to snap the maiden winners streak as well, especially if the weather is as predictably wild as a good British “summer” is want to be.

Rose, remember, was two years Ballesteros’ junior when he holed out on the 72nd hole in 1998 and lest we forget that The Open loves a good fairytale narrative. The near-miss to Garcia at Augusta in April is an added spur for a 36-year-old “history books guy” who covets a second major and more to cement his legacy.

Of course, we could be completely wrong (remember no one really has a clue). To hedge our bets we have a hunch Rickie Fowler might finally secure a long overdue big after contending in both the Masters and U.S. Open earlier this year. Perhaps another young Spanish tyro, one they’ve already dubbed the ‘New Seve’, might produce the spectacular sidebar this week.

Mind you, Jon Rahm could just as easily win too. Or perhaps someone a little further left field. Who knows, this Open is wide open after all. Let the unpredictability begin.

Editor’s note: *The first timers between McDowell in 2010 and Simpson in 2012 were: Oosthuizen, Kaymer, Schwartzel , McIlroy, Clarke, Bradley and Bubba Watson.