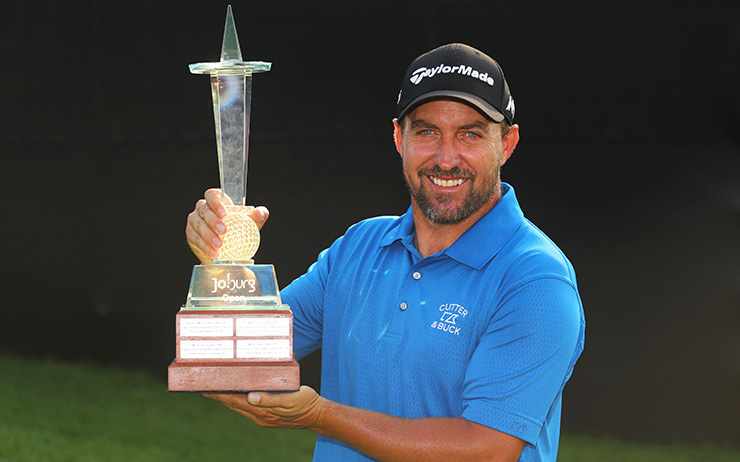 The R&A choosing to allocate three exempt spots into this year’s Open Championship to the Joburg Open always seemed a bit odd.

With the vast majority of the European Tour’s best already decamped to Florida, the qualifiers were likely to be journeymen at best. And so it proved.

Courtesy of his victory over the 54 holes that were possible between torrential downpours, including one that delayed play for two hours on the final day, Darren Fichardt of South Africa will tee it up at Royal Birkdale in July.

The 41-year-old from Pretoria was 15-under-par over the East and West courses at the Royal Johannesburg & Kensington Golf Club, one stroke better than Wales’ Stuart Manley and England’s Paul Waring, who also earned tickets to Birkdale.

It was Fichardt’s fifth European Tour win and his first since the 2013 Africa Open. After a bogey on the 17th hole Sunday, his clinching birdie on the par-5 18th—courtesy of a beautifully judged chip-and-run to 18 inches—broke a tie with his closest pursuers after Waring had lipped out a 15-foot birdie attempt.

Fichardt, whose previous best finish this season was T-26 at the South African Open, admitted feeling inordinately nervous over the last short putt.

“I haven’t tried that putter and grip under pressure before, so you don’t know how badly it could go,” he said, referring to changes he made at the start of the event.

“The form I have been having the last couple of months has been horrendous, but I decided at the beginning of the year that I was going to play as many tournaments as I can and just get my game right. And it worked out.”  – John Huggan

Editor’s note: Fichardt gained 187,697 points and made a stunning leap in the European Tour’s Race to Dubai standings, moving from 107th to 18th position as he targets a return to the season-ending DP World Tour Championship at Jumeirah Golf Estates from November 16-19, for the first time since 2014.

Top 10 Race to Dubai Rankings after the Joburg Open