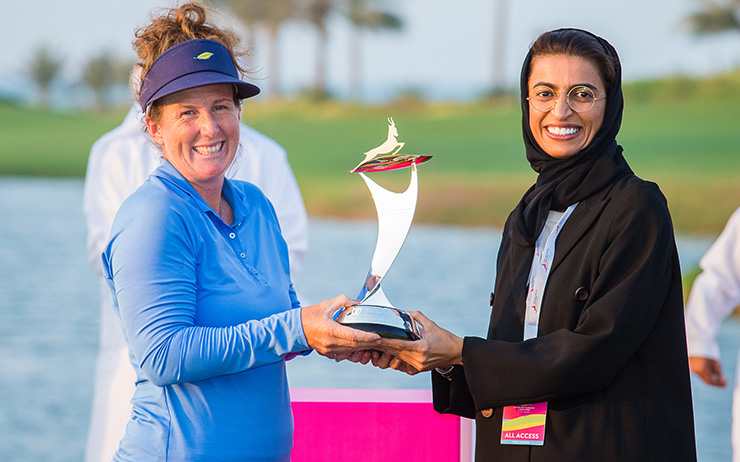 The Fatima Bint Mubarak Ladies Open (FBMLO) has been locked into the 2017 Ladies European Tour (LET) schedule on November 1-4.

Saadiyat Beach Golf Club will again host the US$550,000 event, the 14th of the LET’s 19 events in 2017. The Omega Dubai Ladies Masters, to be promoted by Falcon Golf for the first time at Emirates Golf Club from December 6-9, is again the final event of the season.

“The feedback we received from the players at the inaugural FBMLO was overwhelmingly positive, which is not surprising given the world-class facilitates on offer in Abu Dhabi,” LET CEO Ivan Khodabakhsh.

“Women’s Golf Day represents the global movement in women’s golf, which is inspiring a whole new generation of golfers and events like the FBMLO play a significant part to ensure this continued growth over the coming years.”

Scotland-based US professional Beth Allen won the inaugural FBMLO, finishing 21-under par to scoop the first women’s pro event staged in Abu Dhabi. It helped Allen capture the LET’s order-of-merit and Players’ player of the year titles but she has struggled in 2017.

A T37 finish in the LET’S season-opening Victorian Open and T7 placing in the LPGA’S Australian Open was encouraging but Allen has since missed five cuts in her last six event in the US.