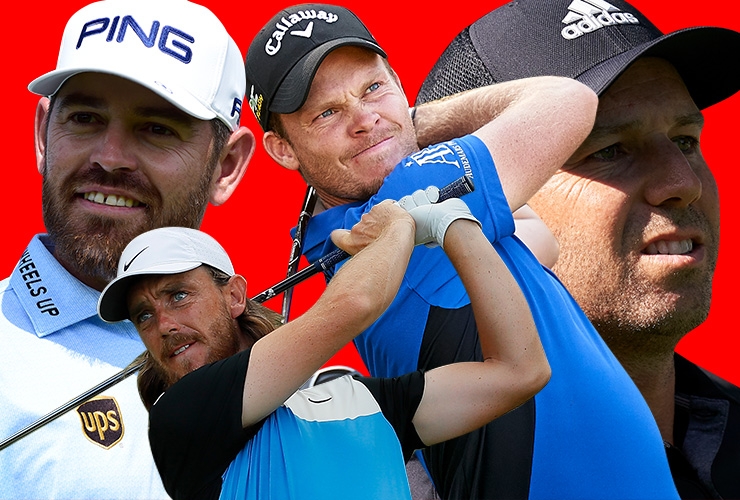 By Kent Gray
Bryson DeChambeau’s Omega Dubai Desert Classic debut may have been a record romp but the American’s defence of the Dallah trophy at Emirates Golf Club in January shapes as far more challenging.

The 26-year-old headlined six Ryder Cuppers announced for the 31st edition of the $3.25 million European Tour event late last month and the quality has continued in the latest batch of big names confirmed for the Jan. 23-26 championship.

“I love playing in Dubai and this event is among my favourite weeks of the year,” said Fleetwood, the 2017 Race to Dubai champion who will be looking to improve on a tie for sixth earlier in 2019.

“We always get looked after so well and the whole week is a fantastic experience. I hope in 2020 I can add my name to the amazing calibre of previous champions.”

The Englishman would dearly love to follow in the soft-spike marks of Willett (2016) and Garcia (2017) who, just a few months on from their respective victories over the Majlis layout at Emirates Golf Club,  went on to claim maiden major titles at Augusta National.

Willett’s fall and rise since winning the 2016 Masters has been well documented and will make him a fascinating drawcard in 2020. The Englishman has claimed two of the European Tour’s biggest titles over the past 12 months, the DP World Tour Championship at Jumeirah Golf Estates last November and the tour’s flagship BMW PGA Championship at Wentworth last month.

“My victory at this event has a very special place in my heart,” said the 32-year-old Willett. “Not only was it a fantastic springboard to what followed at Augusta a few months later, it was a title I had always wanted to win. Having watched so many star names do battle over the past 30 years, it was an honour to add my name to a list of such iconic champions. I can’t wait to get back to Emirates Golf Club in search of a second title.”

Garcia, who succeeded Willett as both Omega Dubai Desert Classic and Masters Tournament champion two years ago, is a 16-time European Tour winner.  The Spaniard fired four rounds in the 60s en-route to a three-shot victory over Swede Stenson two years ago, using it as a springboard to major success.

Oosthuizen has nine European Tour titles but has not won in Dubai. The 2010 Open Champion can at least look to other South Africans for inspiration on the Majlis; Ernie Els owns a record three Dallah replicas while the late Wayne Westner was the 1993 champion.

For the record, DeChambeau won last season with a record 24-under-par (264) total, low final round (64) and record winning margin – seven shots over Wallace who was the best of the blown away rest – last January.