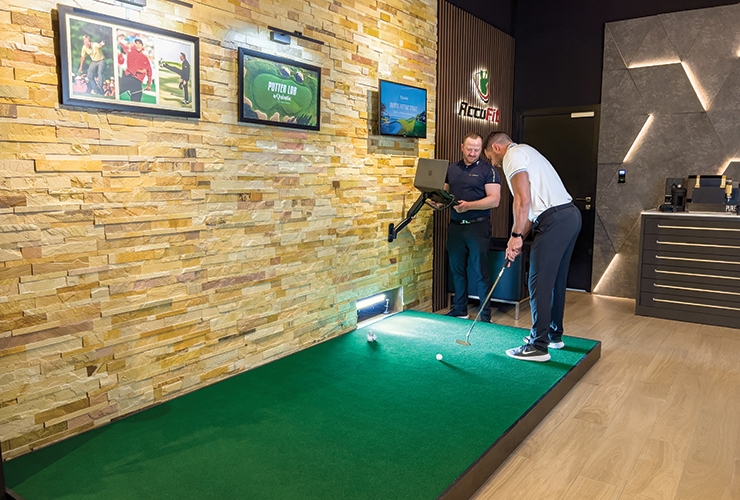 By Matt Smith
The less you see of it the better, but it is the most important club in your bag.

Games are made by long drives, but they are lost on the final few inches.

His key failure: getting it in the cup from the dancefloor.

Zalatoris is notorious within 10 feet for lipping out, over-hitting and leaving it short.

On Thursday at Southern Hills during the PGA Championship, he had a simple two-footer. Most would line up and drain. Will missed… 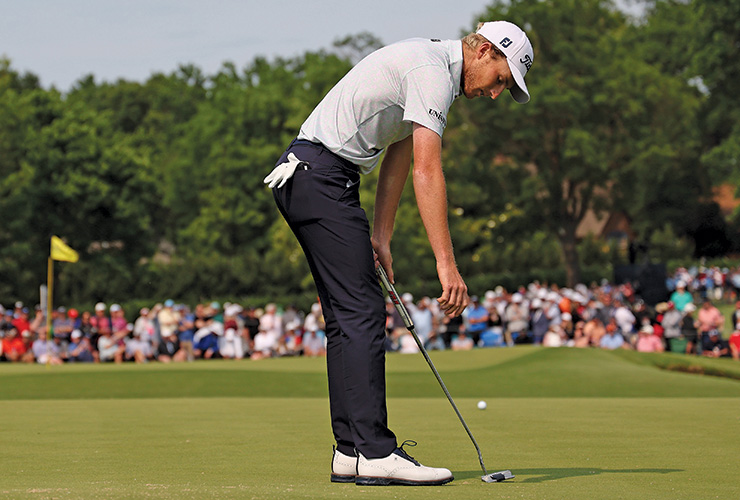 Will Zalatoris struggled yet again with the putter
at the PGA Championship. Maddie Meyer/PGA of America/Getty Images

That — granted, along with 71 other dramas — cost him a major. I could count on four hands the number of ‘gimmes’ he left hanging. None more so than in the playoff with Justin Thomas, when the best friend became Will’s worst enemy once again.

Zalatoris seemed to conquer his demons on Friday and Saturday to put himself in contention at Southern Hills, but come money-time on Sunday, he was let down by the flat face once again. And it cost him as JT took the Wanamaker Trophy home. Zalatoris missed out due to his putter.

HELPING HANDS
It is probably the most neglected ‘club’ in the bag, but it will be the difference between a par-72 or an 80 on your card.

eGolf have tapped into this and they are at the forefront of new technology to boost your confidence the next time you are faced with a tricky 10-footer, bobbly tap-in, or a 35-foot left-to-righter.

REALITY
We have all seen simulators, right?

Alongside their bespoke club-fitting, eGolf Megastore has also launched a new fitting system to get that putter in gear.

It may sound strange but custom-fitting a putter is as crucial as getting dialled in for a driver or wedges.

In the recent expansion of its Al Quoz store, eGolf has equipped itself with the Middle East’s first-ever Quintic Ball Roll System to offer an in-depth analysis of a player’s putting stroke in an experiential putter fitting.

This may sound convoluted but, again, just as Will. How many strokes have you added to your card by missing a simple putt?

The Quintic Ball Roll System offers you the best possible solution to any issues you may have: think Trackman for the green… 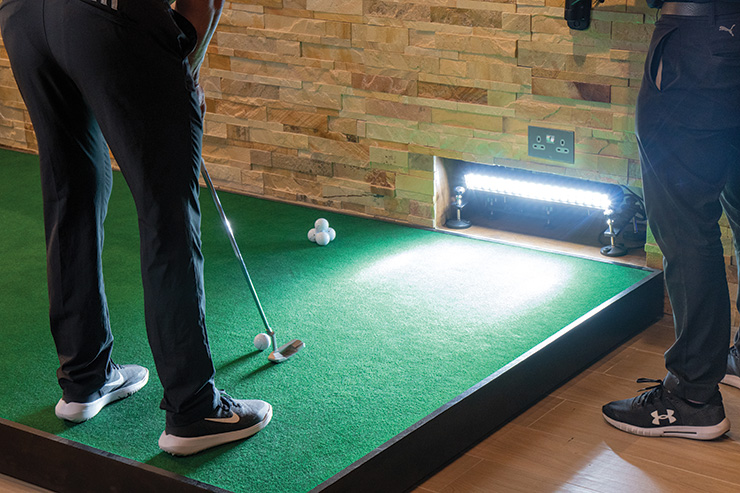 It is used around the world by Bettinardi, TaylorMade, Ping and Callaway to name a few. The Quintic Ball Roll System is the No. 1 choice across the globe, regardless of ability, and even the ‘Scientist’ Bryson DeChambeau — he of the biggest drives in the game — is a follower. Big names such as Padraig Harrington, Phil Mickelson, Joaquin Niemann, Yuka Saso and Xander Schauffele are also fans.

THE BREAKDOWN
The technology utilises a high-speed camera which tracks the golf ball for the first 16 inches of the putt. The numerous metrics captured by the software include the tracking of the putter head both pre- and post-impact, the launch angle, skid, backspin, sidespin, bounce, ball speed and the point at which true roll begins, with specialists on-hand to analyse the data.

TAILOR-MADE
Made-to-measure Quintic putter fitting will start by first establishing the current specs of the golfer’s putter, including loft, lie, shaft length and the grip size, shape and style. Further to these static measurements, eGolf’s state-of-the-art system and pros take note of each individual’s specs — including height, wrist-to-floor height and hand size — and these specs are kept in a personalised database for each player to track their progress over time, looking at key factors such as speed, launch angle, spin, skid and initial ball roll.

IN THE HOLE
This data allows the Quintic specialist to suggest adjustments in the golfer’s current putter or a total change in the design, be it the face, head shape, hosel type, face inserts, grip style or shaft length. It’s at this point where the fitter can make a comparison between a variety of putters from each of the brands.

The final outcome of the comparison would result in all the stats from the Quintic software showing a noticeable change from the start of the fitting to the end of the fitting, highlighting the most suitable putter for each player’s putting stroke.

It may sound a bit technical, but when all rolled into one, it will get the golf ball rolling smoothly on the greens and players can avoid the sort of nightmares that are haunting Zalatoris …

PERFECT FIT
“We chose Quintic because it has the most accurate parameters, for both the ball and the putter, of any other system on the market. It has become the system leading putter fitters use to fit the best players in the world and with the amount of data points it provides, it can make a substantial improvement to amateurs’ games as well,” explained Dean Cheesley, CEO of eGolf Megastore.