Even Tiger Woods couldn’t believe this 87(!)-foot putt went in 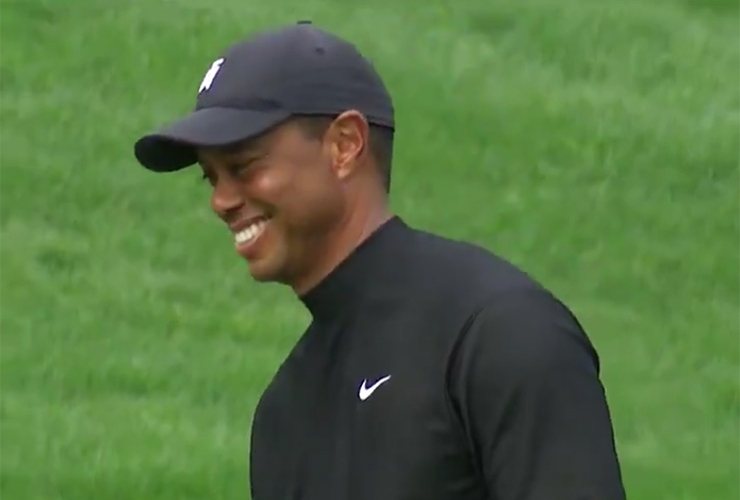 By Alex Myers
Even amid a dreadful start to the 2020 Zozo Championship, Tiger Woods managed to produce an unlikely highlight with his putter.

After recording a bogey and a double bogey on the first two par 5s he faced at Sherwood Country Club on Thursday, Woods reached the front fringe of the par-4 14th—his fifth hole of the day—in two shots. Then, he did this:

There's only one reaction for these types of putts. 😁

A birdie 💣 from @TigerWoods. pic.twitter.com/MsFP5rxwci

Unfortunately for Tiger, the birdie bomb didn’t signal the end of his troubles. He bogeyed his next par five as well to fall back to three over, which put him in a tie for dead last in the 78-man field.

Putting has been the area in which Woods has struggled the most this year. Had he played enough rounds to qualify last season, his strokes gained: putting of -.634 would have ranked 183rd on tour. Normally, holing an 87-foot putt would help those numbers, but sadly, that will count toward his strokes gained: around-the-green because it came from the fringe.

Woods is attempting to win a record-breaking 83rd career PGA Tour title, which would move him out of a tie with Sam Snead. The soon-to-be 45-year-old is the defending champ this week, although he won last year’s event in Japan. Woods has won his own event, the Hero World Challenge, five times at Sherwood, but hasn’t played at the California course since 2013, when he lost in a playoff to Zach Johnson.