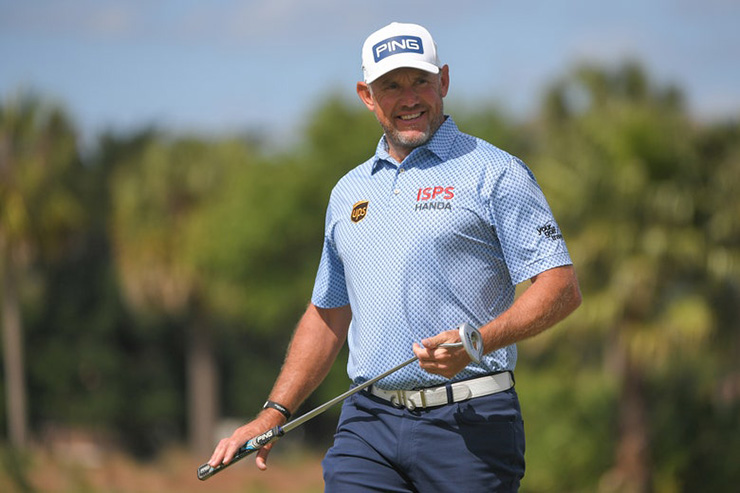 By Brian Wacker
While most of the sports world remains shut down due to the ongoing COVID-19 pandemic, professional golfers are slowly making their way back in various forms.

On Monday, the European Tour announced that Lee Westwood and Martin Kaymer are among a group of players who will compete in a virtual golf series dubbed the “BMW Indoor Invitational powered by TrackMan.”

The five-tournament series begins May 9 on the Old Course at St. Andrews, with other iconic European courses to be featured. Using TrackMan simulators, the players compete against each other in a stroke-play format from Monday through Wednesday. Play will then be shown on the European Tour’s social media channels each Saturday, and each tournament winner will receive $10,000 towards his chosen charity or relief fund.

“While the absolute priority for all of us has been and continues to be public health and well-being, we also recognize that golf fans are missing watching the leading players compete,” said Rufus Hack, the European Tour’s chief content officer. “Hopefully, the ‘BMW Indoor Invitational powered by TrackMan’ can help fill the void and provide our fans with some entertainment across the next five weeks whilst also benefitting charities or relief funds which have been so essential in the battle against coronavirus.”

After the first event at the Old Course, the next virtual tournament will be played at Royal Portrush in Northern Ireland, where Shane Lowry won the Open Championship last summer. Other courses to be featured are Golfclub München Eichenried in Germany, which annually hosts the BMW International Open; Spain’s Valderrama, site of the Andalusia Masters; and England’s Wentworth, home to the European Tour’s flagship event, the BMW PGA Championship.

The European Tour’s announcement about virtual tournaments comes after two televised live events in the U.S. have been set: TaylorMade Driving Relief on May 17, featuring a skins match between Rory McIlroy-Dustin Johnson and Rickie Fowler-Matthew Wolff, and The Match: Champions for Charity in late May, with Tiger Woods and Peyton Manning taking on Phil Mickelson and Tom Brady.