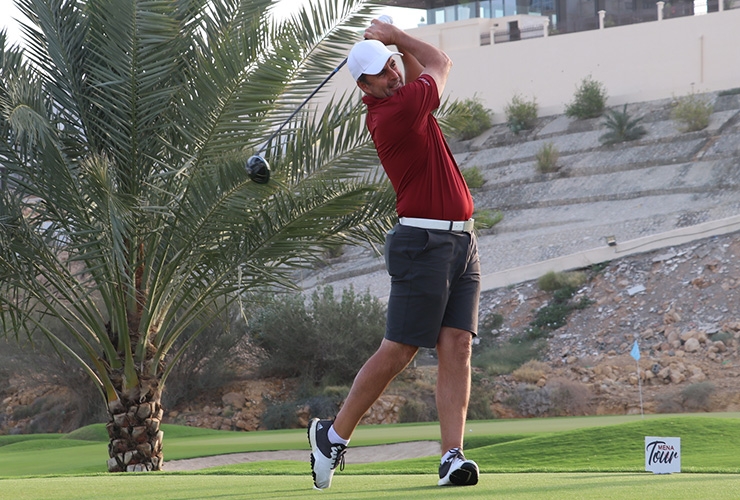 By Kent Gray
The MENA Tour was conceived as a springboard to the world’s main tours for fledgling professionals, as well as amateurs who ultimately aspire to the paid ranks. At the age of 46 and with 450 European Tour starts on the clock, Richard Bland doesn’t exactly fit either bill but there’s mutual joy at his instant impact on the regional developmental circuit.

The Englishman marked his MENA Tour by Arena debut with a six-under 66 Monday to earn a share of the first round lead at the Ghala Golf Club Open alongside compatriots Max Smith and Nick Marsh, the latter in just his second our start.

After losing his European Tour card last year after 14 successive seasons as one of the tour’s most consistent – albeit title-less – players, Bland is just thankful to have somewhere to play before the second tier Challenge Tour season begins. For the MENA Tour, having someone of Bland’s ilk inside the ropes can’t help but raise standards.

“The MENA Tour have been kind enough to give me some invites and I did not have to go through the Qualifying School. It’s a great set-up and playing with a scorecard is much better than sitting back home in the rain. I am grateful to them for the opportunity,” Bland said.

“I am planning to play next week in Dubai and then Bahrain and we will see where we are after that with my schedule. I am 46 now, but I still think I can do something on the European Tour. Just because you’ve had one poor year, you don’t become a bad player overnight.

“I also have to look at the bigger picture. I am four years away from 50 and I want to stay competitive when that time comes. So, the MENA Tour is a great fit for me, especially at this time of the year when we don’t have anything to play back home and the Challenge Tour is a few weeks away.”

Bland opening round was solid, save for a stretch of three holes where his tee shots found waste areas. One of those holes – the par-4 11th – resulted in his only bogey of the day. 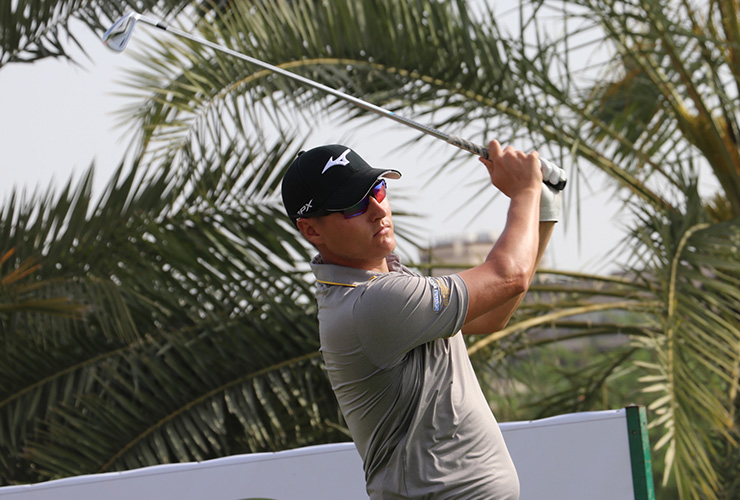 “I think 66 is a great start. I definitely felt like I left a couple out there but hopefully, 66 puts me in good position going into the last two rounds,” said Bland who has had 46 European Tour top-10s but counts the 2001 Challenge Tour Grand Final as his sole win.

Meanwhile, Australian Daniel Gaunt, who won last week’s Troon Series Al Zorah Open to soar 862 places up the OWGR to No. 1147, continued his hot streak with an opening 67. He was tied fourth starting Tuesday’s second round alongside England’s Todd Clements and Scotland’s Jack McDonald.

RELATED:  Daniel Gaunt’s MENA Tour breakthrough in Ajman serves as an inspiration to any golfer struggling with their game

England’s Curtis Knipes continued his early dominance of the amateur battle within the battle with a three-under 69. Dubai-based 14-year-old Josh Hill was the next best at one-under par 71 with India’s Arkesh Bhatia, Saudi Arabia’s Saud Al Sharif and England’s Jack Floydd on 73.

AAs well as a $13,500 cheque, the champion this week earns an invitation to the Challemge Tour’s Andalucia – Costa del Sol Match Play (May 17-20).

Last year, @blandy73 lost his @europeantour card after 16 seasons. But he is not done yet and is thankful to the MENA Tour for giving him a chance to get back to where he belongs…#HarderBetterFasterStronger#JourneyToJordan pic.twitter.com/iM8GdB0XFc