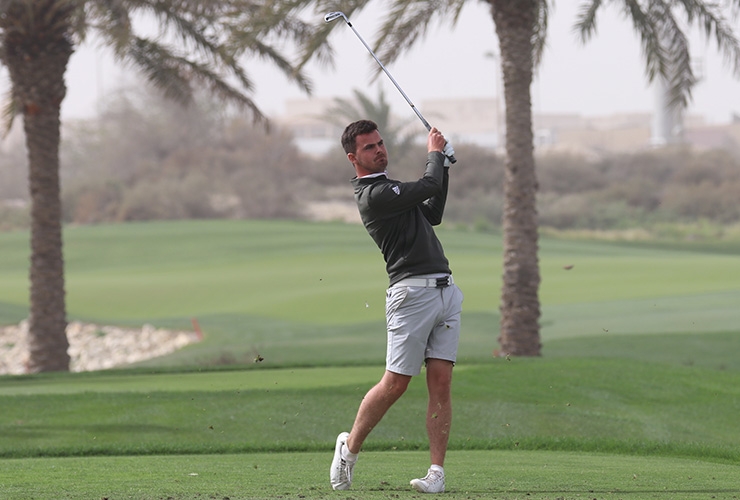 By Kent Gray
David Hague entered the MENA Tour by Arena Q-School in late January as a Walker Cup-decorated amateur but with nagging doubts about when to take the plunge and turn professional. Three days later, after finishing sixth at Ayla Golf Club in Jordan, the decision was made but the reservations remained.

Now, four events into life in the paid ranks and the 24-year-old Englishman is celebrating his maiden victory after edging former European Tour player Victor Riu by a stroke at the $75,000 Royal Golf Club Bahrain Open.

“This is amazing and very satisfying,” said the Malton and Norton Golf Club member who carded a one-under 71 in difficult conditions in Riffa to win with a nine-under, 207 total.

“I have been thinking of turning professional for more than a year now and always had my doubts about it. I felt I was on a good run when I played the MENA Tour Qualifying School, and thought it was a good time to make the decision. This win definitely validates it.”

After an inauspicious start to his pro career when rounds of 81-77 saw him miss the cut at the season-opening Journey to Jordan #1 Championship, Hague has shown the class that saw him represent Great Britain and Ireland in the Walker Cup and rise to as high as 76th in the amateur world rankings. He was runner-up to Frenchman Sébastien Gros at the NEWGIZA Open in Cairo and 11th at last week’s Ghala Open. The $13,500 cheque for winning in Bahrain means he is just $784 behind countryman David Langley in the season-long Journey to Jordan Order-of-Merit race which rewards the circuit’s top players with European and Asian Tour starts. 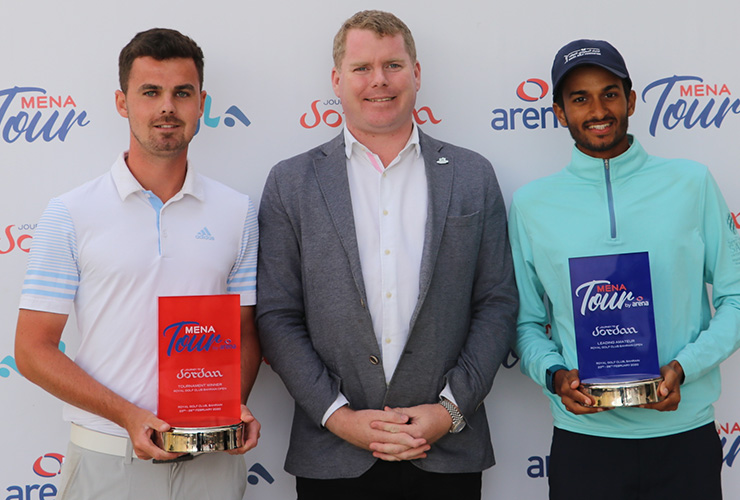 Hague started the final round with a one-stroke lead but was trailing at the turn after making a double bogey on the 7th, allowing Scot Ryan Lumsden to surging ahead courtesy of an eagle on the par-5 ninth hole.

But Hague made three birdies on the back nine as against a solitary bogey on the 12th hole, including a crucial one on the par-4 15th hole, which was playing very tough into the headwind. It was a two-shot swing against both Lumsden and Riu, his closest rivals, who dropped shots on the same hole.

“I drove consistently well this whole week and that really was the key to my winning. I struggled with my putter from inside six feet and made several three-putts – something I need to work on.

“When I was trailing at the turn, I knew I needed to be patient because the back nine of this golf course has been pretty good to me. And yes, that birdie on the 15th was a key moment for me.”

Lumsden (71) and Callum Fyfe (70) were tied third at -7 alongside England’s Ben Hutchinson (67) and Sweden’s Henric Sturehed (68) – the two best cards on a day when players had to battle through occasional drizzle and steady high wind at the Colin Montgomerie-designed Royal Golf Club. 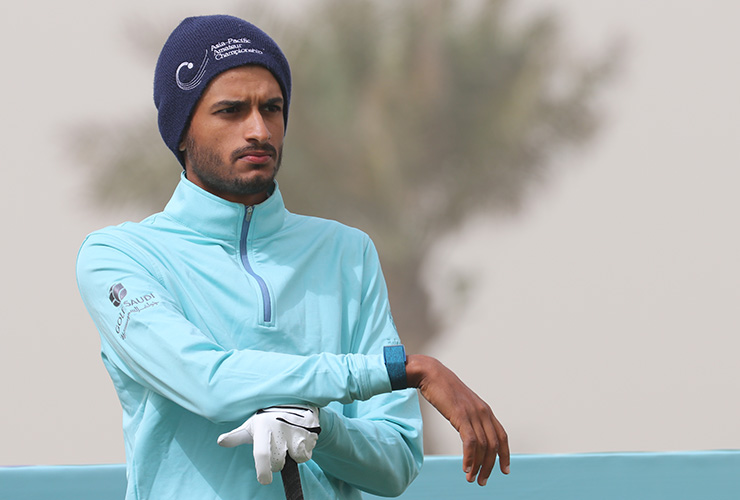 Saud Al Sharif, a member of the Saudi National Team and the host club, could not replicate the stunning performance from the second round and slipped down the leaderboard with an 81 in his first experience of playing in the leading group of a professional event. However, his two-over-par total was still good enough to win him the Low Amateur of the Tournament prize.

“It was a tough day on the golf course, but I wanted to do better than what I did,” said the 19-year-old.

“However, this is my first time in a situation like this and I am sure I have learned a lot on how to handle things in the future. This experience will make me a better player,”.