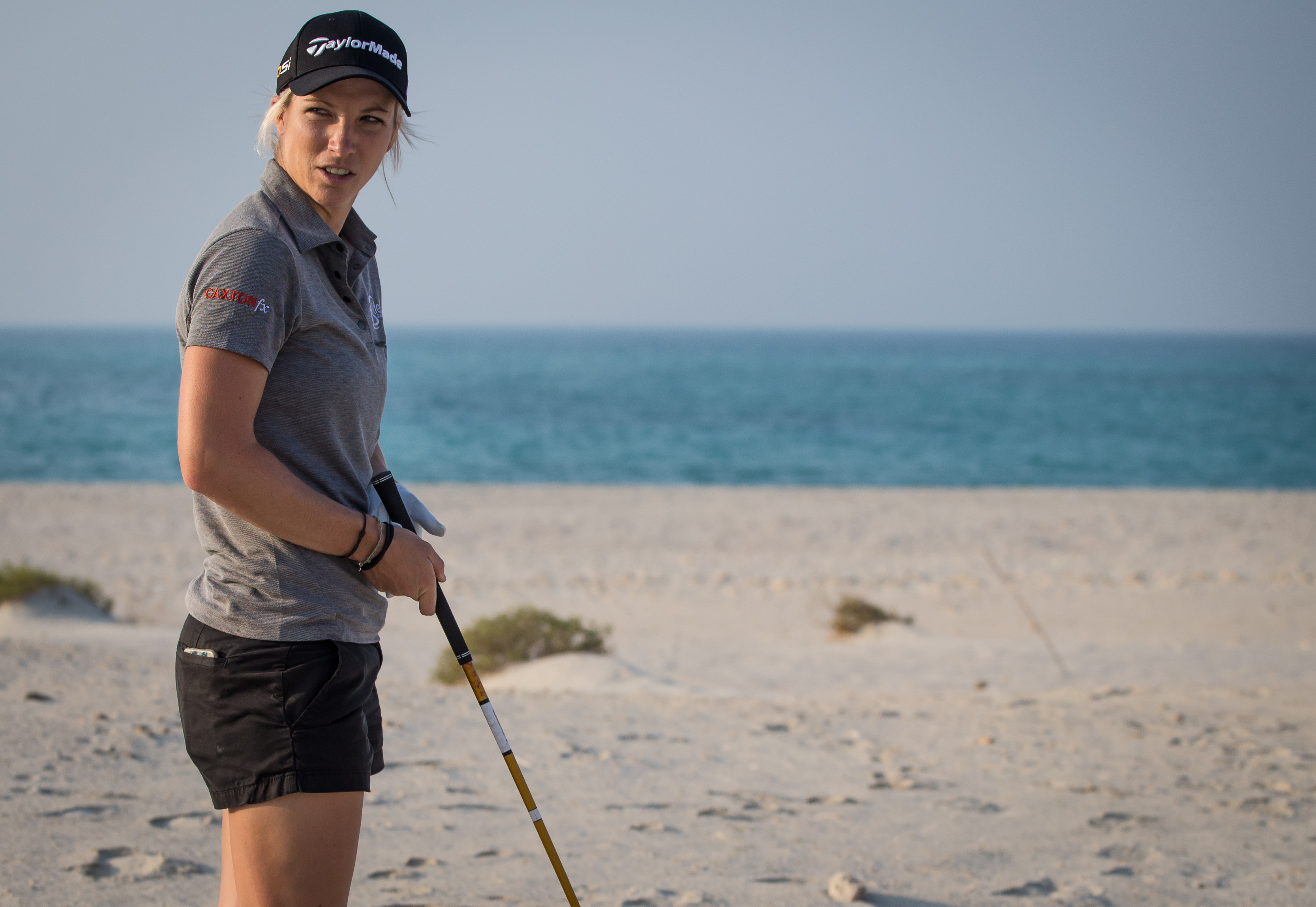 In a wide-ranging interview with Golf Digest Middle East, five-time LET winner Melissa Reid spoke about the best way to help youngsters develop a love for sport, gave her thoughts on the recent Solheim and Ryder Cup controversies and reiterated a desire to see the Olympic golf tournaments change to a mixed match play format 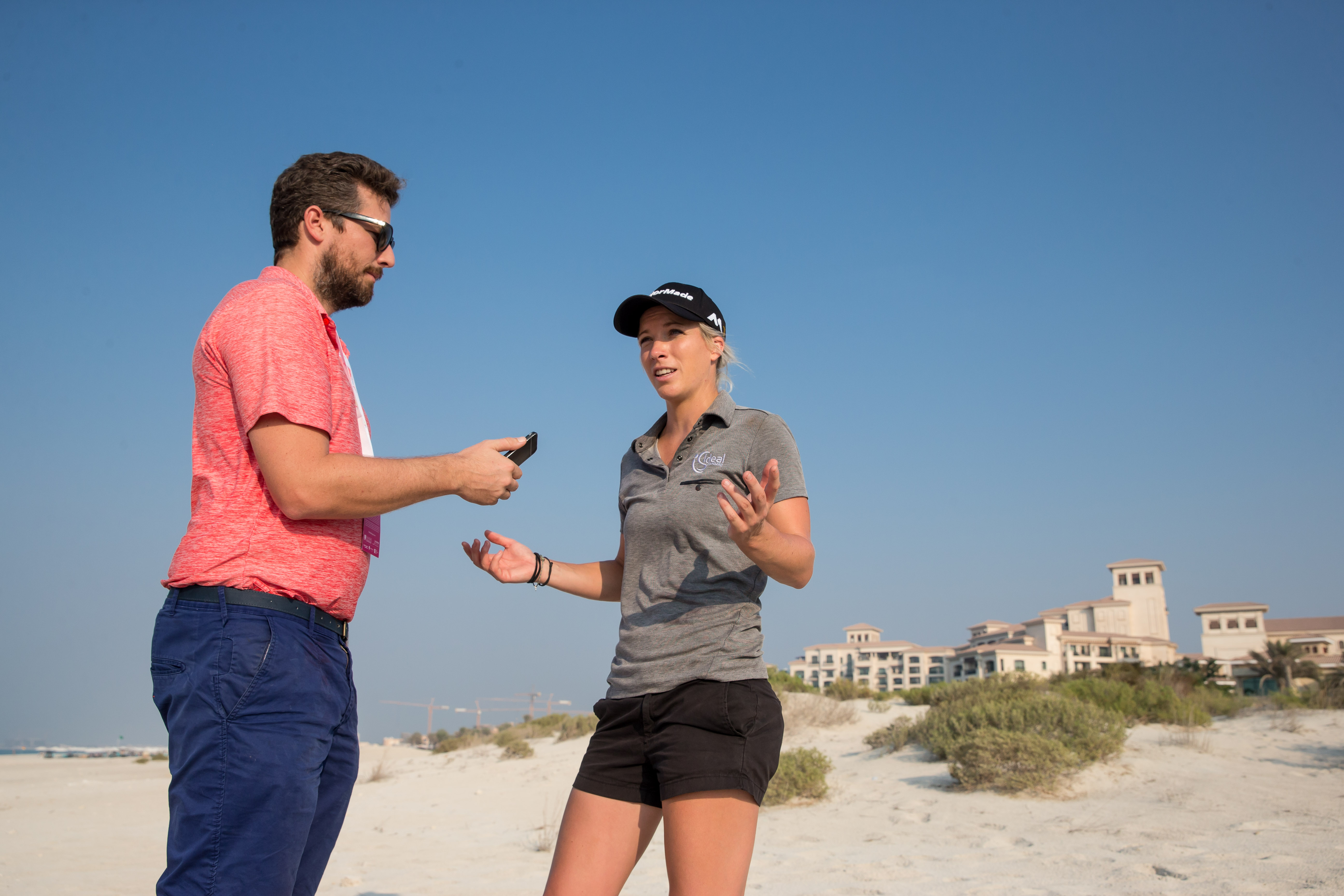 Mel Reid discussed a range of topics, including the Olympics, Solheim Cup controversies and the ordeal of LPGA Q-School

What are you thoughts on Saadiyat Beach Golf Club as a venue?
The setting speaks for itself – it’s absolutely stunning. You’re playing a couple of holes right on the beach and it’s a ball striker’s golf course. There are some nice carries that the longer hitters can take advantage of. When I heard this tournament was going to be at Saadiyat I was extremely happy and my priority for a while now has been to try to peak at this tournament. I have a lot of good memories of golf in the UAE and would love to win out here. 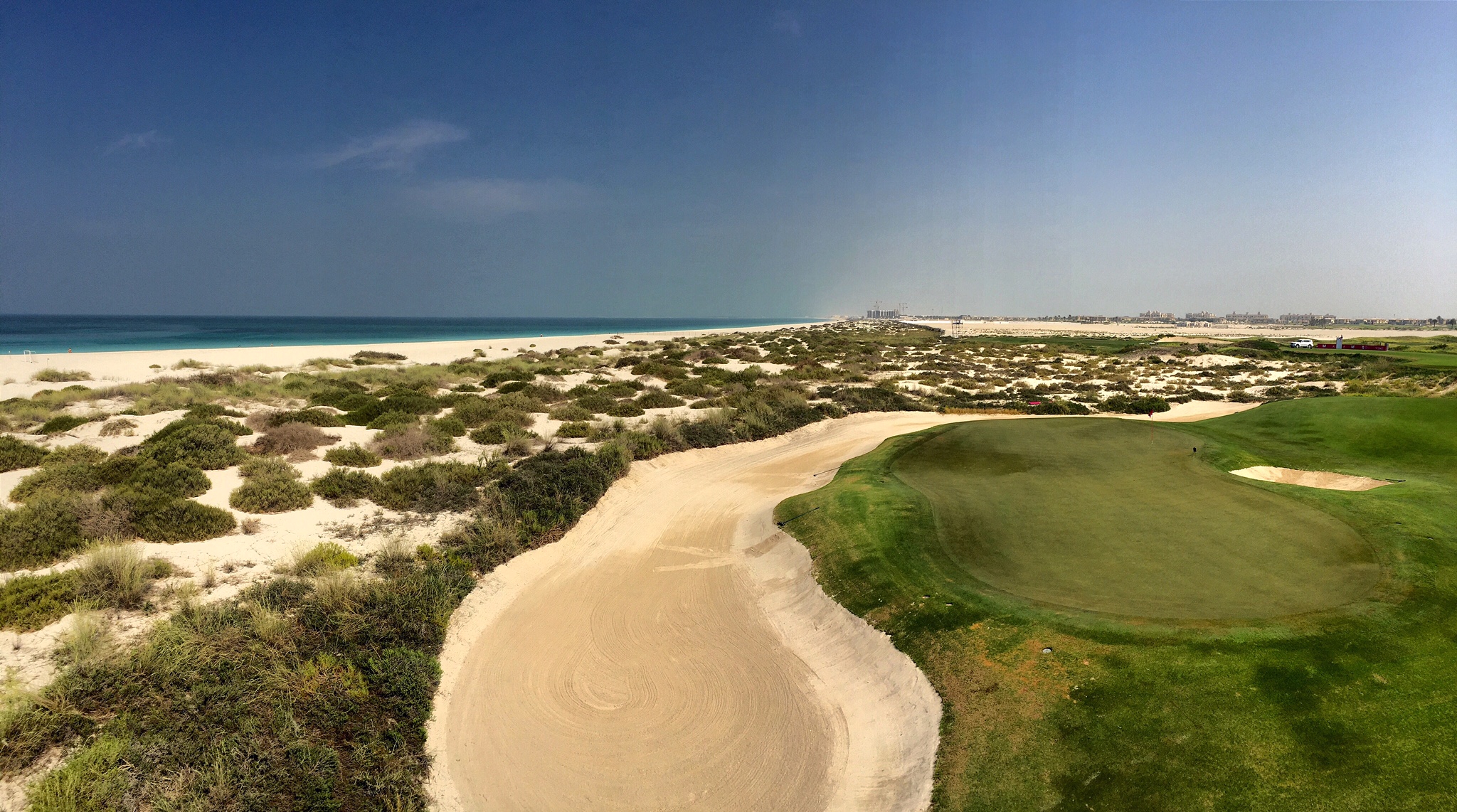 Reid and many of the other players have expressed their delight with this week’s beautiful venue, Saadiyat Beach GC

Do you feel like another win is around the corner?
This year I’ve worked extremely hard and feel like I’ve played well, I’ve just missed the odd putt or pulled the odd wedge. You need a bit of luck in this game and I haven’t had that. But now that I’ve got a run of tournaments I’m getting into the swing of things. We didn’t start our season until late in the year and the scheduling has been tough on the LET players.

You have Q-School coming up for the LPGA Tour. How will you approach that week?
That is probably the hardest week of the year. But a lot of girls go there without any status [to fall back on]. I’m fortunate that I have the LET. The reason it’s difficult is that the name of the game is to avoid mistakes – but you can’t play defensively either, you have to treat it like a tournament you’re trying to win, and have a number in your head. I’ll be going out a few days earlier with my coach, Kevin, and our goal is to make the week as relaxed as possible.

Would you like to see a back-to-back run of events here in the Middle East now there are some new tournaments on the calendar?
We’ve got a couple of new tournaments this year so no complaints, but like you said, it would be nice to make it a run like the guys [on the European Tour] have, with three or four events in a row, just so that we can stay out here continuously and avoid all the unnecessary travel. I think it could be something really big out here. The girls have always enjoyed coming to the UAE, and Dubai is one of my favourite events of the year. In a couple of years, I think a UAE swing for the LET would be fantastic, either at the end of a season or the start of one. 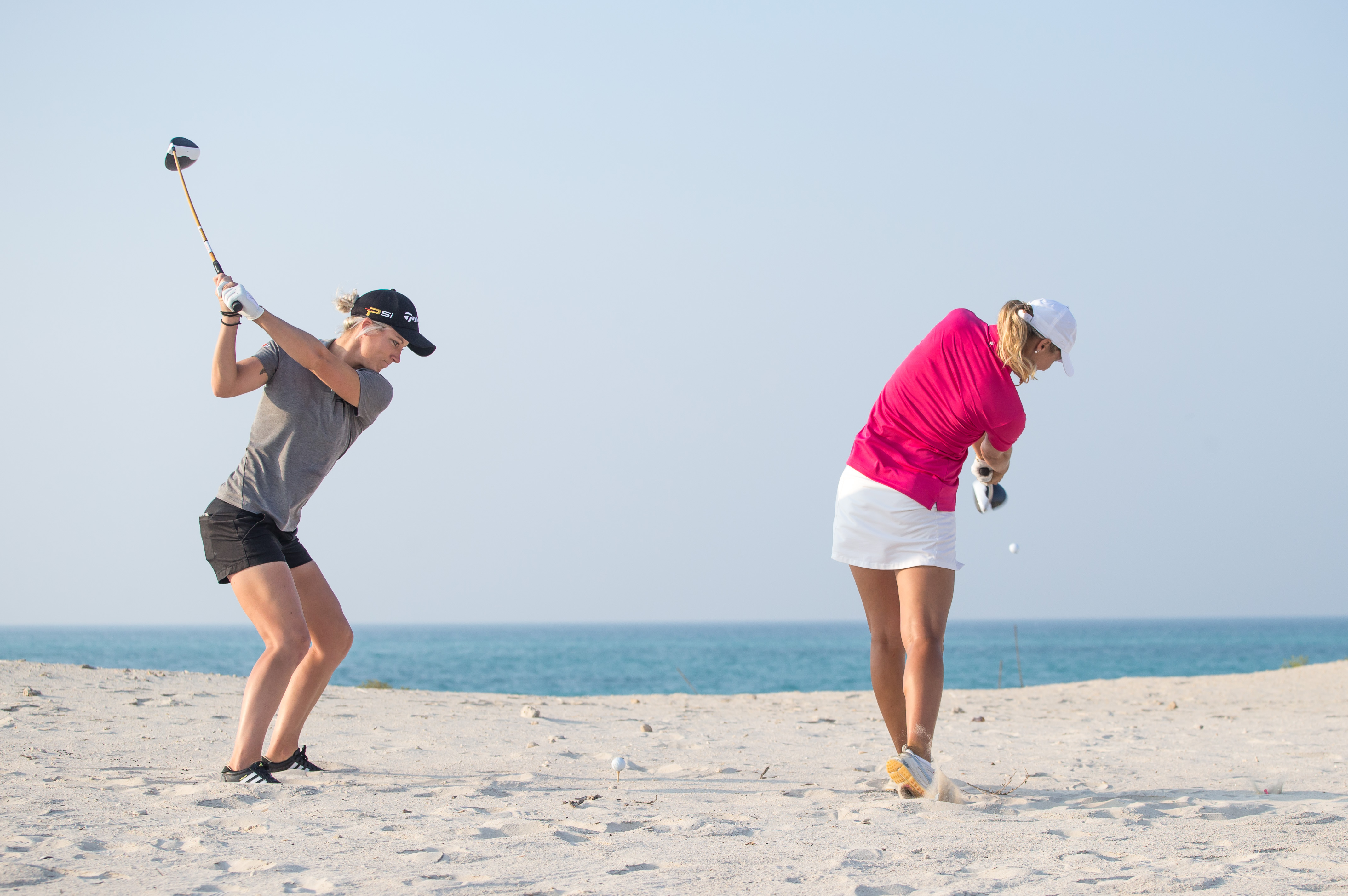 What did you make of golf’s return to the Olympics and can it have a widespread impact on the game?
There’s been some mixed reviews, but I was gutted that I wasn’t a part of it – I’ve always loved the Olympics and I think [golf’s return] was actually a bigger success than a lot of people thought it would be. The Olympics is special, but in my opinion they should change the format and make it mixed, with a foursomes or fourballs match play involving both the men and the women. It would make it a lot more exciting than just a standard four-day event. In the future, hopefully they can do that and it can have a massive impact on our sport. They [the game’s authorities] played it extremely safe because it was the first year it had been back, and hopefully they take a bit more of a risk going forward. Perhaps for the guys that didn’t play, it might get them more interested to take part.

We’ve seen controversy play a role in both the Ryder Cup and Solheim Cup. Is an element of that good for the events, in terms of extra publicity?
I think golf has been seen as a game with very high standards of sportsmanship, but I love the intensity of the competition. The controversial stuff, obviously Solheim was not ideal but then it did generate a huge amount of publicity – a lot more people watched it as a result. It’s a fine line. Maybe the crowds at the Ryder Cup were a little bit too much. When you’re harassing players constantly, then clearly that’s inappropriate. You need passion, that’s why people love playing and watching those events. Certainly a minority of the American crowd took it too far. 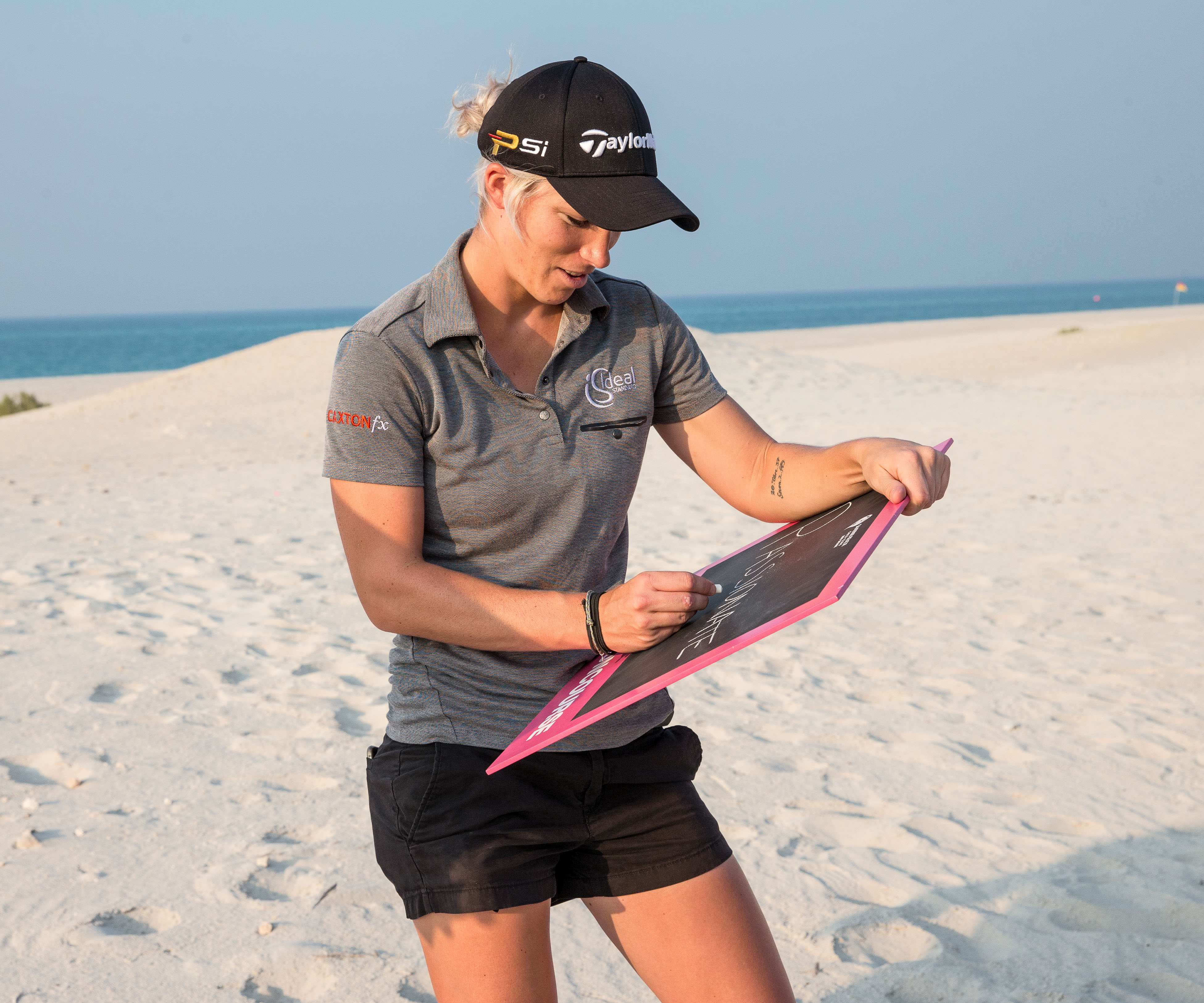 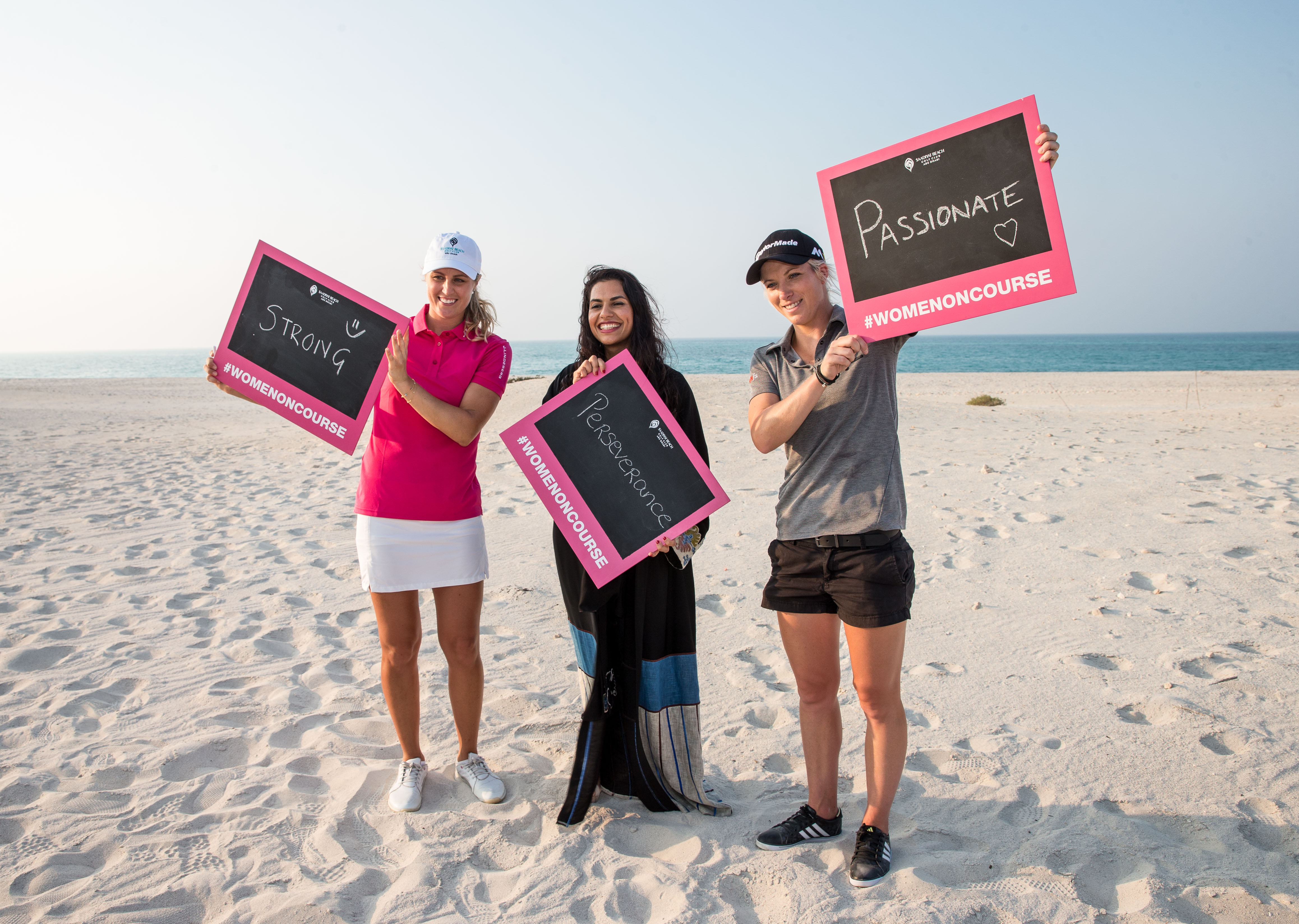 The level of golf at both events was incredible. How do the players raise their games like that?
It’s weird and it sounds silly but I probably feel my most calm at a Solheim Cup. I don’t know if it’s the format – I mean basically you’re just going all out for everything. And you have 11 other players that have your back as well. Because we play such and individual sport, the majority of players really embrace team spirit. It’s a very special week and you do get more up for it. We have 10 months between now and the next one, and I think Annika’s here primarily just to look around and check out the amazing young talent we have on the tour now. 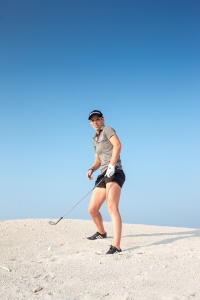 The main theme of the week is about providing inspiration for women here to take up golf. What inspired you to make it as a golfer?
I played a lot of sport growing up, including tennis and football. I’ve skiied since I was 18 months old and snowboarded from the age of six. I think the reason I got into golf was that one of my brothers was pretty decent, and I joined this golf camp one summer and took it from there. I think you’re environment plays a huge role. My family were never pushy at all, if anything they were the complete opposite. They would bring me back in when I needed to, but really they just pointed me in the right direction, and I’m so thankful for that because you see a lot of kids getting pushed into doing things they don’t want to. I never had a problem working hard and being competitive and even as a kid of six years old, I knew I wanted to play sport professionally. At 18, I didn’t want to go out on a Friday night, I wanted to stay in and get up early to play golf the following morning. But it’s tough on kids now. It’s so competitive now and it’s also very hard to stay focused on what you have to do and not get distracted by everything else going on around you.