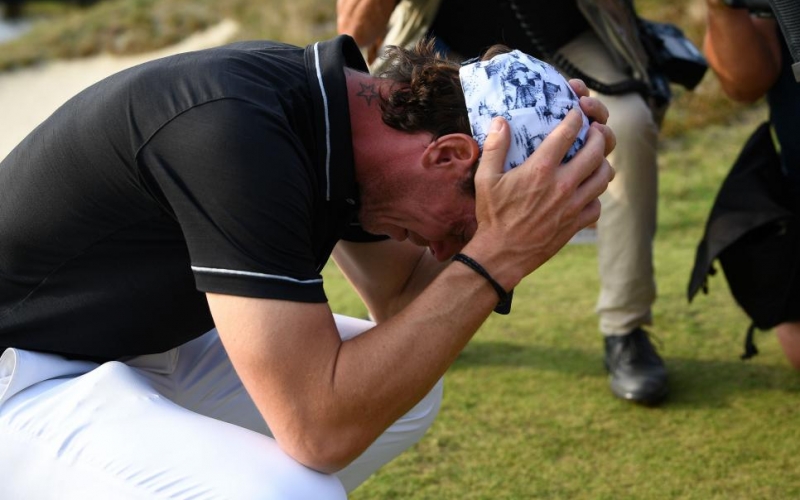 Octavio Passos
Broberg broke down after capturing the win, his first on the European Tour since 2015.

By John Huggan
It looked all over, but it wasn’t. Leading by eight shots after three rounds of the 101st Dutch Open, Kristoffer Broberg’s second European Tour victory appeared to be a formality. The 35-year-old Swede had set a new course record over the Kyle Phillips-designed Bernardus Golf course two days in succession (64-61) en route to leaving a field headed by Denmark’s Marcus Helligkilde needing binoculars to keep him in even distant view. How could he lose?

Well, in the end he didn’t. An even-par 72 on Sunday was good enough to clinch the title, his first since the 2015 BMW Masters in China (where he defeated future Masters champion Patrick Reed in a sudden-death playoff). His 23-under-par 265 would be three shots better than the eventual runner-up, Matthias Schmid.

But oh, how those relatively bland statistics conceal what went on during the final round. Far from the expected procession, it instead contained memorable moments of high drama.

Top of that list was the 535-yard par-5 12th. After a series of misadventures involving a badly pushed approach, a despairing hack and a penalty drop, Broberg was lying 5 and faced with a chip over a greenside bunker from a sandy lie. It was a horrible shot, one every golfer fears. And one exacerbated by the knowledge that Schmid, the two-time European Amateur champ who was low amateur in the Open at Royal St. George’s this year before turning pro, had a legitimate putt for eagle that might just see the pair tied with six holes to play.

Broberg then hit what will surely be one of the shots of his career, holing out for a bogey that, when his nearest challenger missed, kept him two shots clear.

One hole later, that advantage was doubled when Schmid, playing in only his eighth European Tour event, committed his only serious error in a final-round 66. A badly pushed tee shot on the 214-yard par-3 finished in a hazard and led to a double-bogey 5.

It should have been all over—again—but standing on the penultimate tee Broberg’s lead was back to two shots. And it was there that the crucial thrust was made, the Swede holing from 20 feet for the birdie that allowed him to play the water-strewn 574-yard par-5 18th in the cautious fashion that guaranteed a victory surely no one saw coming at the start of the week.

Not even Broberg. Arriving in the Netherlands he was, statistically at least, the 772nd best golfer on the planet. His lone European Tour victory was an increasingly distant memory and his most recent top-10 finish came, wait for it, at that same BMW Masters (albeit various injuries meant Broberg started only 22 European Tour events and made just eight cuts between 2017 and 2020).

Even Broberg’s most recent form offered little in the way of encouragement. In 13 previous starts this year, a T-14 finish at the Scandinavian Mixed was his best effort. Little wonder then that he languished a lowly 154th on the season-long Race to Dubai. 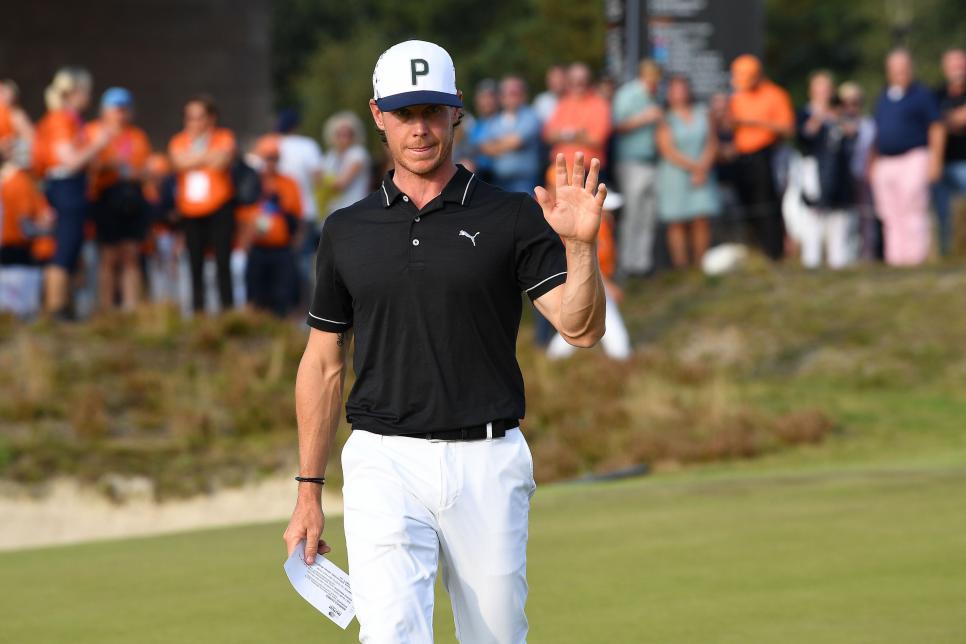 All in all, pretty ugly stuff, with little to suggest a positive change in fortunes at the end of what a tearful Broberg called “six years of hell” during what turned into a brief interview moments after he eventually sealed victory.

“I’m happy right now, but the game wasn’t there today,” he said. “I was struggling all day and never felt comfortable over the ball. But I’m happy to have pulled it off. The chip-in on 12 was great but it didn’t really change my momentum. I hit a bad 3-wood into water on the 14th. But I made a great up-and-down on 15. I was so happy with that. Then I made a putt on 17. This means so much …”

And then he broke down. It had been that sort of day.