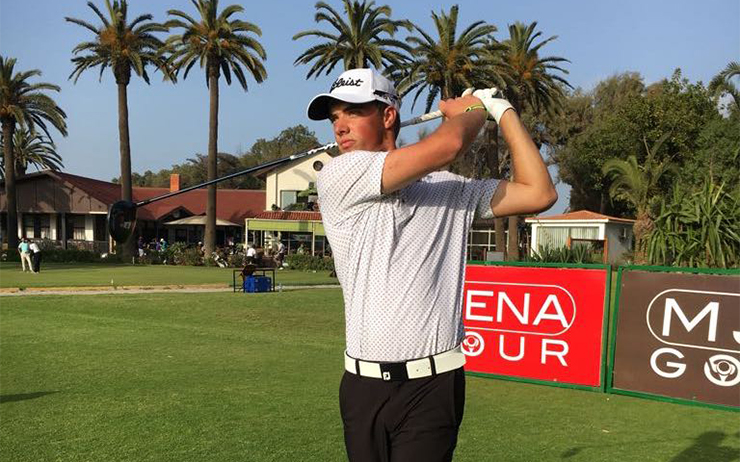 Dutch teen Pierre Junior Verlaar became just the second amateur to win on the developmental Pro-Am tour when he came from three shots back to capture the Royal Golf Mohammedia Open in style at Royal Golf D’Anfa Club Tuesday.

The 18-year-old got off to a fast start in the final round with six outward nine birdies en-route to a flawless 65 to reach nine-under, 204, for the tournament and finish two shots clear of Morocco’s Ahmed Marjan and England’s Andrew Marshall.

Verlaar follows Thomas who won his home Dubai Creek Open in September while his closing 65 equalled the lowest final round by a winner, matching Joe Heraty’s (England) title-clinching effort at the 2016 Sahara Kuwait Championship.

“I am really very, very happy with the way I finished against a strong field. I think I played some amazing golf on the front nine,” said Verlaar after receiving the winner’s trophy from Fouad Akasbi, president of Royal Golf D’Anfa and Vice President of the Royal Moroccan Golf Federation. 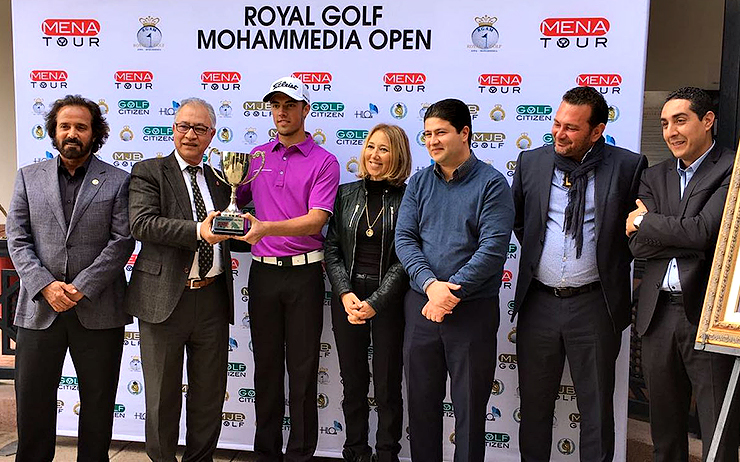 “I may not have picked up a shot on the back nine, but played very steady. The MENA Tour is doing a great job in providing a perfect platform for amateurs likes me to compete alongside professionals which is great,” said Verlaar, who joined the tour last year.

Marshall, who started the final round five shots adrift, matched Verlaar’s 65 to surge up the leaderboard as Marjan, the only Arab winner on the MENA Tour, topped the MENA Division, one shot ahead of his compatriot Mohamed Belaroussia.

Overnight leader Lee Corfield (England) slipped to tied eighth on four under after carding a final round 73 while Zane Scotland, a 10-time winner on the tour, moved into a six-way tie for 43rd after closing with a 75 along with Danny Poulter, the elder brother of European Ryder Cup hero Ian.

Elsewhere, former England cricketer Craig Kieswetter settled for 52nd on +10 after signing for a 77 as Craig Hinton, the winner of the 2016 MENA Tour Order of Merit title, settled for tied 50th on +7, six shots ahead of India’s Rayhan Thomas, who carded a final round 79.

Thomas, for the record, carded rounds of 74-73-79 to finish 56th on 226 and has work to do ahead of the prestigious Sage Valley Junior Invitational in the U.S. in April.

The next event on the MENA Tour schedule is the Ras Al Khaimah Classic at Tower Links Golf Club from April 24-26.