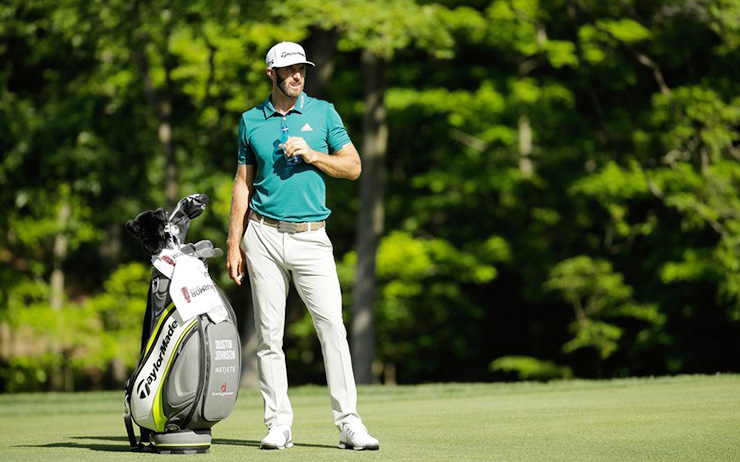 It’s off to Erin Hills for Dustin Johnson, two days earlier than he planned.

The No. 1 player in the world missed the cut at the Memorial Tournament Friday after two days of him playing the most desultory golf in memory. A second-round 74 at Muirfield Village Golf Club left the reigning U.S. Open champion with an eight-over 152 total, five strokes shy of qualifying for the weekend and 22 strokes behind leader Jason Dufner.

Johnson, who won three straight tournaments before a fall in his rented home resulted in a back injury that forced him to withdraw from the Masters in April, made just two birdies in 36 holes—both on Friday—amid ideal scoring conditions. The last time Johnson didn’t make a birdie in a round before Thursday was the 2013 WGC-Bridgestone Invitational in nearby Akron.

“I can play left-handed and feel like I can make a birdie,” he said with wry disgust.

Johnson missed just his second cut of the year, following the Farmers Insurance Open in January, and his second at the Memorial after finishing in third place here last year. Most of his struggles were on the greens. He needed 65 putts, and he lost nearly seven strokes to the field in putting (-6.903), second to last in the 120-player field.

The Memorial was Johnson’s last start before the U.S. Open, where he’ll attempt to become the first player since Curtis Strange in 1989 to success defend his title.

“Yesterday to me it felt like it was the best I ever played with the absolute worst score,” said Johnson. “I felt like I drove it good, I hit a lot of really good iron shots. I didn’t feel like my short game was bad. I chipped it pretty well. … I made zero putts. I had two three-putts and a four-putt.

“It felt like if something could go bad, it went bad. I’ve hit it way worse and shot way better scores. It was just a funny week.”

The 32-year-old did find a bright side to the results. He’ll now spend the weekend getting his first look at Erin Hills, in Wisconsin, before returning to Columbus for a NetJets corporate outing. Then he’ll head home, where girlfriend Paulina Gretzky is scheduled to give birth to the couple’s second son before his title defense.

“For me, I hate missing the cut [but] it actually works out well. Now I’ll get to be home Monday,” he said.

He and Paulina still were discussing baby names. But he was realistic about the ultimate choice.