Dustin Johnson, expectations rising, plays up to them in winning WGC-Mexico Championship 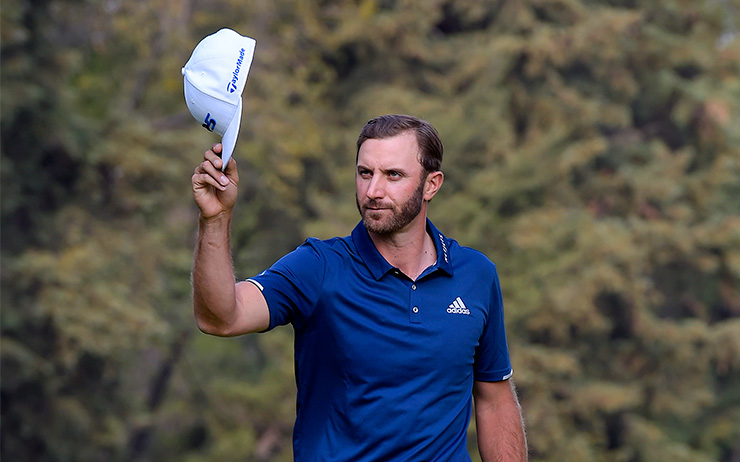 Dustin Johnson wasn’t quite sure what to expect when he arrived at this week’s WGC-Mexico Championship.

No one was, with the tournament being played at a new course, Chapultepec Golf Club, and at an elevation of more than 7,800 feet.

The expectations for Johnson, however, are becoming more common.

For the second time in as many starts, the 32-year-old was the one holding the trophy in the end. And on Sunday, playing for the first time since moving to No. 1 in the world rankings following his victory at Riviera two weeks ago, he saved his best for last.

Clinging to a one-shot lead with one hole to go and his ball sitting awkwardly below his feet in a fairway bunker, Johnson played the shot perfectly, knocking a “dink” sand wedge from 125 yards to 20 feet to set up a two-putt par to cap a final-round three-under 68.

Tommy Fleetwood, already in the clubhouse at 13 under after a 66 that included four birdies over his final eight holes, finished in second alone.

“Probably the best shot I hit all week,” Johnson said of the blast out of the sand. “Especially under the circumstances.”

Johnson began the day a stroke off the lead of Justin Thomas but quickly pulled even after a birdie on the second hole.

By the time he hit the turn, however, the lead had ballooned to four after three birdies in four holes to close out his front nine at Chapultepec.

Then the real entertainment began.

Jon Rahm knocked his 259-yard second shot on the par-5 11th to 15 feet and made the putt for eagle. Three holes later, he drained a 34-footer for birdie and added another at 15.

Johnson, who made bogey on 12 and 13, suddenly found himself trailing by one.

“I didn’t feel I hit any bad shots there when I made those two bogeys,” he said. “I knew I just had to continue to play golf.

“Around this golf course, anything can happen.”

Rahm bogeyed 16 and 17, three-putting from outside 60 feet both times, while Johnson made birdie on the par-5 15th then hung on down the stretch.

“Sometimes you’re going to make some bogeys from those greens,” said Rahm, who shot 68 to tie for third with Ross Fisher. “Unfortunately for me it happened at the end.”

“Really just three holes, or four‑hole stretch,” he said. “DJ got me by I think five or six on 6 through 9. That’s the golf tournament right there.”

As for Johnson, he became the fifth player to win in his debut at No. 1. The victory was also his fourth WGC title, second only to Tiger Woods, who has 18.

It paid off on Sunday. – By Brian Wacker