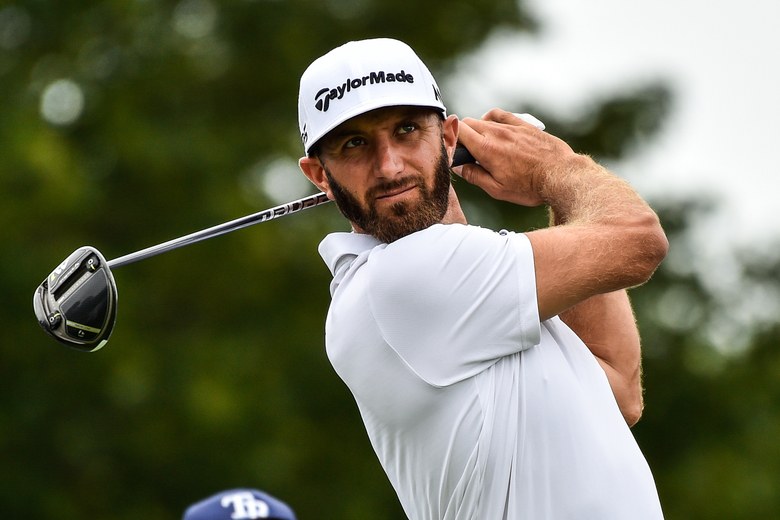 By Joel Beall
Dustin Johnson opened 2017 by taking a flamethrower to the competition, placing inside the top 6 in seven of eight events (including wins in Los Angeles, Mexico City and Austin). Since his freak back injury on Masters eve, it’s been a different tale for the World No. 1, with zero top 10s in his last five appearances.

Speaking with the media at this week’s RBC Canadian Open, Johnson admitted he’s not fully healthy from the staircase incident.

“I’m still feeling the effects of it,” Johnson said on Wednesday. “No pain or anything like that. But it’s still a little tight. I’m having to get worked on a good bit just to try to loosen up those muscles and those tendons where it got injured.”

While Johnson finished runner-up at the Wells Fargo Championship in his return from injury, he’s struggled as of late, missing the weekend at the Memorial and U.S. Open. And though he showed signs of life at Royal Birkdale, he ultimately finished outside the top 50. It’s his worst three-week stretch on tour since the winter of 2013.

But, though his final-round 77 was the worst Sunday score at the Open Championship, Johnson said he’s happy with his progress. More importantly, this week’s venue, Glen Abbey, is a place where the 33-year-old has enjoyed success in the past, with runner-ups in his last two appearances.

“It’s been a bit of a struggle, but I’ve put a lot of work to get back to where I was,” Johnson said. “And I’m starting to see signs of it. It’s all good, it’s all positive and it’s all moving forward.”

Johnson tees off on Thursday at 1:25 PM with Jhonattan Vegas and Jim Furyk.