Rahm on his Dubai double: ‘I can put it in words, but it just doesn’t feel like it’s true’ 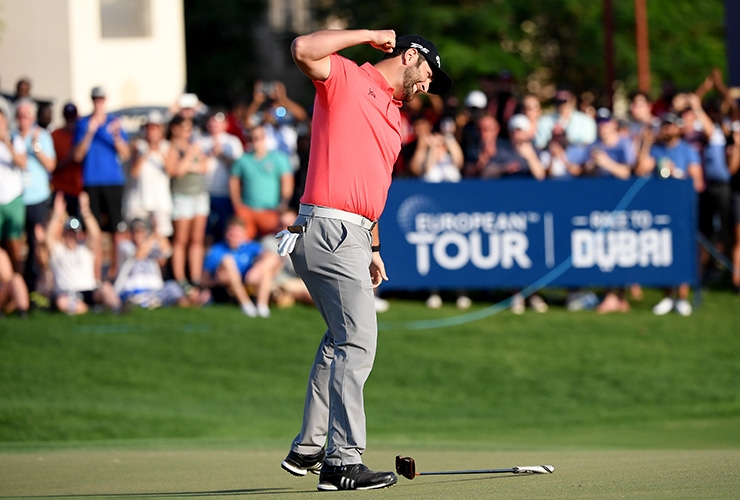 By Kent Gray
No one will ever compare to the incomparable Seve Ballesteros, even if they end up with more titles than the late, great Spanish genius. Jon Rahm sure is having fun trying though.

After as dramatic a Sunday as just about anyone could bear on Earth, the 25-year-old added another chapter to his growing legend by capturing the DP World Tour Championship for the second time in three years.

First though, some housekeeping to clean up the glorious chaos of the final day of the season on Earth. A closing 68, brilliant at first, sprinkled with a little mid-round wobble, and finally garnished with lashings of courage and skill, saw the Spaniard win the Tour Championship on -19, a shot clear of back-to-back Race to Dubai bridesmaid Tommy Fleetwood. The sandy birdie he made on 18 to sneak home won’t get the repeated replays of Henrik Stenson’s 2013 eagle but spoke volumes of Rahm’s mettle under the blowtorch.

What a season. What a finale.

Rahm’s 269 aggregate eerily matched his winning total here two years ago and earned him the biggest first prize cheque in golf, $3 million. Add the $2 million he cashed for winning the Race to Dubai for the first time and yes, we have another golfer and his family set for life. Not bad after six weeks off, five of them without even touching his sticks.

But this is so much more than money for Rahm who now owns six European Tour titles – four of them now in Rolex Series events – to go with his three PGA Tour wins. Better still, he’s the first Spaniard since Ballesteros to do the Tour Championship-European No.1 double. Given he only turned professional in 2016, it’s a strike rate that puts Rahm in golf’s genuine box-office category, even without a major thus far.

Future success is never guaranteed in golf but consider that Rahm has played only 15 European Tour events in his life, has won six of them for a 40 percent winning ratio and had another five top 10s (73 percent). Even Seve would doff his cap to if he could, something that brings Rahm close to tears.

“It’s really so hard to believe that some of the greatest champions in European golf and Spanish golf haven’t been able to accomplish what I have in just three years. That’s what I can’t really put my mind into,” Rahm said.

“Sergio has been a great Spanish champion for years, major winner. Ollie, two-time major championship winner. Miguel Ángel has done a great job, as well. Alvaro Quiros has won this event, as well. So many great players throughout the history of Spain that have had a chance and they didn’t get it done. It’s just hard to put that in perspective to know that since Seve, I’m the next one to get it done.

“I mean, I can put it in words, but it just doesn’t feel like it’s true. It’s hard to believe.”

So what does one do with a cool $5 million suddenly appearing in their bank account?

“I didn’t even think about that honestly. I don’t do this for the money. It’s obviously a great thing, but it never crossed my mind,” said Rahm, before a quick reality check in his champions press conference. 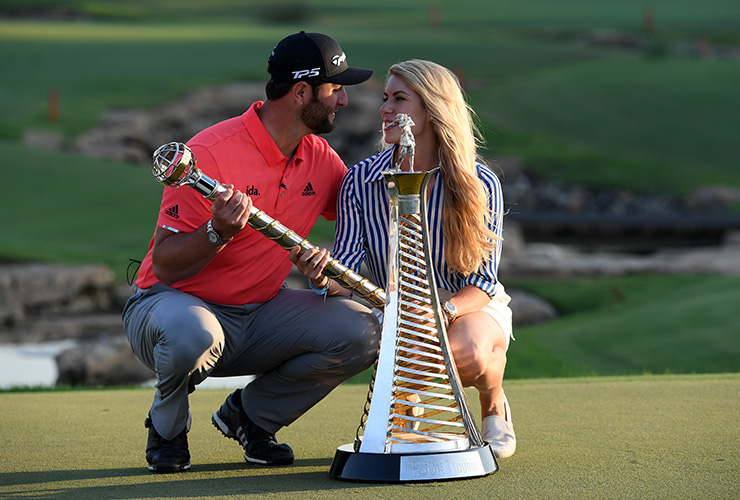 “I have a long life to live, so hopefully put in a savings account and not need it ever, and keep playing good, but at the same time keep helping the ones who need. I know my family will never worry about having problems again. Nothing extravagant, honestly. I’m not like that.

“Last time I thought I was making a big purchase, I bought an Xbox. You know, if there’s something that comes to mind, I’ll let you guys know, but nothing in mind right now.”

For now, Rahm is trying not to get ahead of himself, despite the inevitable “what next” line of question from the media. What are the goals for 2020 Jon?

“You know, I haven’t thought about it yet. I have one more tournament to play in a couple weeks, and I’m getting married shortly after that. That’s the only thing I have in mind, being able to tie the knot with Kelley, it’s as simple as that.

“After that, I’ll think about golf. I could say win majors, this, Ryder Cup, that, but truthfully I only have my mind on in a couple weeks from now is a tournament, and luckily what I have to do shortly after, which is get married.”

Seems some blokes have all the fun.

For Fleetwood and Lorenzo-Vera, there’s differing levels of Dubai heartache

How do you beat Rahm and Rory? For Mike Lorenzo-Vera it’s about not beating himself

Leader Lorenzo-Vera, wary of ‘big dogs’ out to ‘bite me’ expects a stressful Saturday on Earth