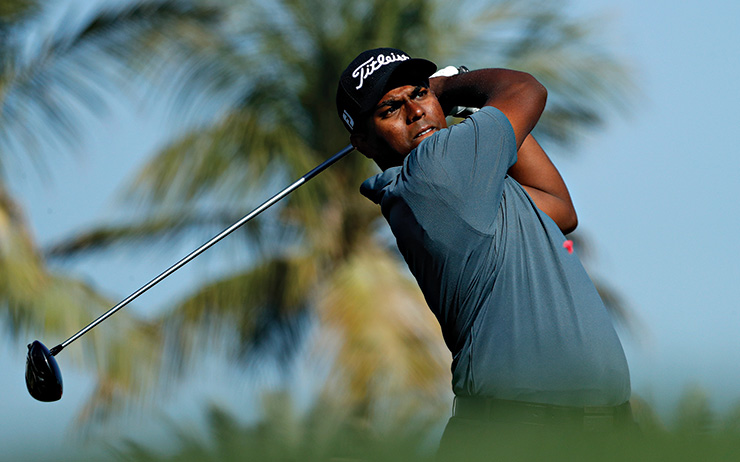 Rayhan Thomas is to put his important end-of-school-year exams on ice to tee it up in the 122nd British Amateur Championship.

The 17-year-old had originally planned to play ‘The Amateur’ at Royal St. George’s GC and Prince’s GC from June 19 before learning the historic event clashed with his 10th grade exams. But the overtures of the Indian Golf Union and the understanding of his online school tutors means the Dubai-based teen is now definitely headed for the famous stretch of golfing coastline in Sandwich, Kent.

“The Indian Golf Union want to take me and three other players to the British Amateur so we spoke to the school and I can do the exams after I get back. I’m really looing forward to playing at Royal St. George’s,” Thomas told GolfDigestMe.com of the famed Open Championship venue.

The Amateur was first contested in 1885 at Royal Liverpool (Hoylake) where 44 players played a series of matches before A F Macfie overcame Royal & Ancient clubmate Horace Hutchinson 7&6 in the final. Nowdays it is one of the world’s most prestigious amateur championships involving 288 players over six days of mixed stroke and matchplay.

Thomas’ goal is to survive the opening 36-holes of strokeplay qualifying and then take it “round-by-round” in the matchplay which is contested by the leading 64 players.

“Links golf is my favourite type of golf just because you have to hit so many different types of shots instead of the high ball. While it’s not the standard golf played on the European Tour it definitely helps you develop your game and become a more all round player,” the dual Dubai Creek/Emirates GC member said.

After The Amateur and his exams are done, Thomas’ schedule will ramp up as he counts down to representing the International team at September’s Junior Presidents Cup which will be played just days before the senior version, also at Liberty National in New Jersey.

He will definitely play the U.S. Junior Amateur Championship in Kansas in July and possibly the British Boys’ (under-18) again the following month. There is also the not so small matter of defending his historic Dubai Creek MENA Tour title and another MENA Tour stop at The Els Club, Dubai before the exciting Presidents Cup opportunity.

Thomas is happy with his game after back-to-back top 30s in Thailand which followed a T13 finish at the prestigious Junior Invitational at Sage Valley GC near Augusta National. After all the travelling and competition, he was glad to be back on the range Wednesday honing his swing with coach Justin Parsons at the Butch Harmon School of Golf in Dubai.

“We are working a little on shallowing him out [Thomas’ swing plane] and the way that he uses his shoulders in particular to complete his backswing. This will give him a nice, neutral ball flight,” said Parsons.

“We have also talked about getting a slightly lighter, stronger 2 iron in the bag which may be very useful around a links course.”

Bobby Jones won the title at St. Andrews in 1930 as part of his famous “Grand Slam”. John Ball, with eight wins, holds the record for the most British amateur titles and became the first English winner in 1890. In the modern era, Sir Michael Bonallack won five times between 1961 and 1970.

Royal St George’s will host The Amateur Championship for the 14th time in its history in 2017.