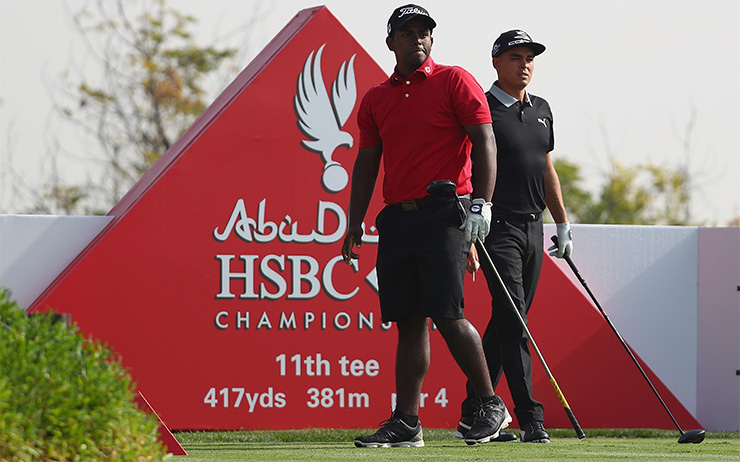 “Seems like he has a simple game. It’s very solid. You know, nothing crazy,” Fowler said after playing The National’s homeward nine with the 17-year-old MENA Tour history-maker Tuesday.

Fowler’s assessment of Thomas, who won the Scottish Boys’ Open Strokeplay last July and sprung to regional prominence by becoming the first amateur winner on the MENA Tour with victory in September’s Dubai Creek Open, could easily be misconstrued as unflattering. But in golf, a “simple” swing is a catalyst for consistency and a prerequisite for success on Tour where Thomas is undoubtedly headed.

The Dubai Creek Golf & Yacht Club member savoured teeing it up alongside Fowler and will take everything he gleaned from the world No.14 into Thursday’s opening round after securing a sponsor’s invite into the $2.7 million European Tour event. It will be his second Desert Swing start after qualifying for last January’s Qatar Masters where he missed the cut with rounds of 79-75.

“I thought he did great. I’ve heard a lot about his game. It was just fun to go out and play nine holes,” Fowler said of the teen who also has a confirmed start in next month’s Omega Dubai Desert Classic to look forward to.

“I love being able to see the young talent coming up, because I feel like it wasn’t very long ago that I was young and fresh coming out on Tour.

“I have no expectations for him or myself on a Tuesday. But I know he’s had success around here, and I guess if he gets off to a good start and gets comfortable, I don’t see any reason why he can’t go play well this week.

“I think it’s going to be a great experience for him.”