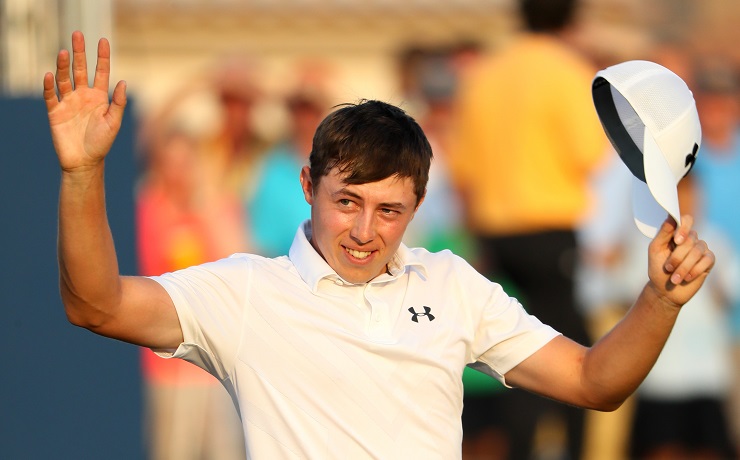 Englishman Matthew Fitzpatrick has won the DP World Tour Championship with a clutch birdie on the 72nd hole to pip countryman Tyrrell Hatton in a dramatic finish to the European Tour season at Jumeirah Golf Estates.

The 22-year-old got up and down out of the sand on the risk and reward par 5 to finish -17, one clear of Hatton who surrendered the lead he’d held for much of Sunday by dunking his drive into the creek that splits the 18th fairway on Earth en-route to a heart-wrenching bogey.

Fitzpatrick sweated over a four-footer before securing his third European Tour title and his second this season after he captured the Nordea Masters in Sweden in June.

“Four footers aren’t normally what you want for the win but to finish it off like that makes it a lot sweeter…it means the world,” he said.

“To win one of these [Race to Dubai} Final Series events is really special, and this one in particular.  For me to win on the final week of the year is special.”

The  €1.21 million victory had the added bonus of catapulting Fitzpatrick from 27th to sixth in the Race to Dubai order of merit standings, earning the Sheffield world No. 51 an additional €350,000 to cap a magnificent day.

Swede Henrik Stenson stormed home with a seven under 65 to clinch his second Race to Dubai title in three years and a $1.25 million bonus, the largest chunk of the overall $5 million Race to Dubai bonus pot.

Hatton looked to have dodged a bullet on the 17th when his tee shot to the water-guarded par 3 buried in a bunker beyond the green. He wasn’t able to escape the beach at the first attempt but then holed his third shot for a momentum saving par to remain -17, a few minutes before Fitzpatrick made a sand save par himself to remain one back.

But Hatton, with the adrenaline undoubtedly pumping, sent his final tee ball swimming, took a penalty drop and then pushed his third shot into the cabbage right of the 18th green, from where he was unable to get up and down.

South African Charl Schwartzel shot a closing 67 to emerge from the pack to finish alone in third on -14, ahead of a group of five on -13 which included overnight leader Victor Dubuisson (72). 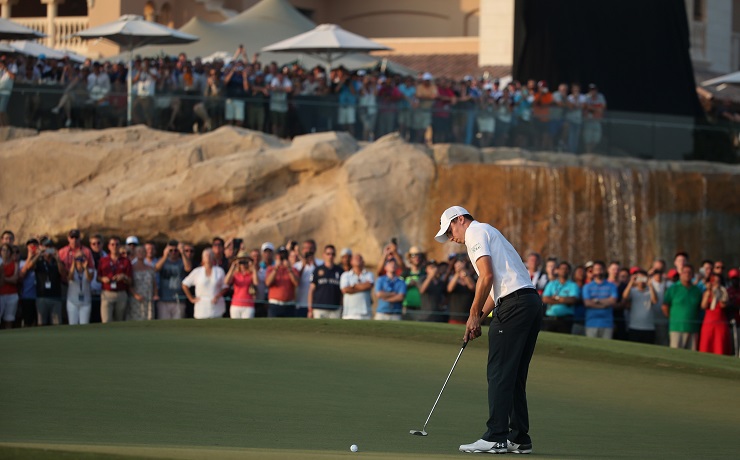