DP World Tour Championship to remain on Earth until 2020 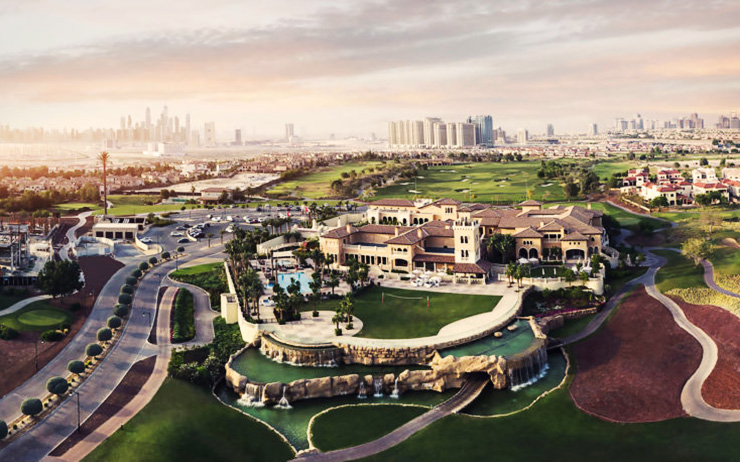 The Dubai club, which has hosted the Race to Dubai decider since its inception in 2009, has extended its host venue status for the US$8 million DP World Tour Championship until 2020.

The announcement, made on the sidelines of the European Tour’s flagship BMW PGA Championship at Wentworth, came as global sea port operator DP World also reconfirmed its title sponsorship for the same period.

The European Tour’s top 60 players are set to tee it up at JGE for the ninth time from November 16-19 where the season-long race for the Race to Dubai’s $5million bonus prize pool will also be divvied out.

“The support of Jumeirah Golf Estates has been critical in the growth and development of the DP World Tour Championship over the past eight years and we are delighted they have reaffirmed their support until 2020,” said European Tour CEO Keith Pelley.

“Jumeirah Golf Estates is a world class golfing facility and this new commitment will help us further develop a tournament fitting not only for the final Rolex Series event of the season, but also the climax of the Race to Dubai. As the premier golf and residential community in the UAE, it will also help continue to promote the game of golf in Dubai as a whole.”

Peter Dawson, Chairman of Falcon Golf, the entity set up to optimise the benefits golf brings to Dubai that also manages Dubai’s sponsorship of the Race to Dubai which includes 47 tournaments in 26 countries, said: “…Jumeirah Golf Estates… continued commitment will be integral to the growth of the game and its increasing importance to the city.”

“The Earth course has a reputation for delivering dramatic finales and providing a stage for the biggest stars to shine, making the tournament an incredible showcase of Dubai’s golf offering. It not only highlights that visitors can watch elite players up close, but also the extraordinary golfing experiences available. Few places in the world can offer tourists the chance to walk so easily in the footsteps of champions on courses designed by legends in perfect conditions.” 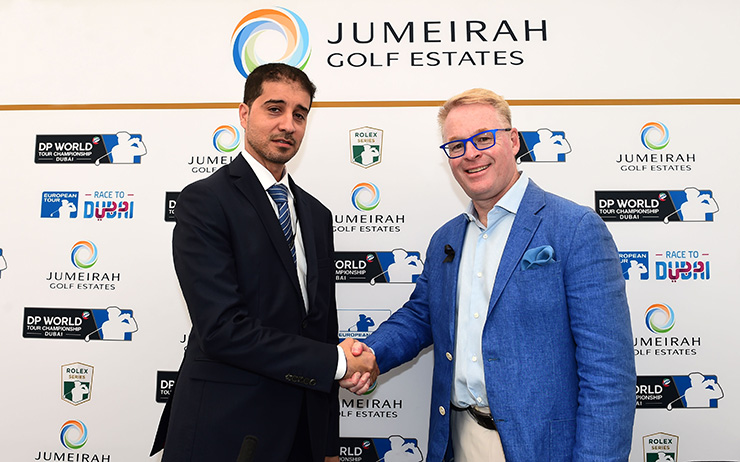 JGE CEO Yousuf Kazim said the contract extension would help the city in its bid to attract 20 million tourists by 2020.

“Not only does hosting such a tournament underscore Dubai’s credentials as a global hub for international sport, it also provides a platform to tell Dubai’s story on a world stage and provides the perfect showcase to promote golf at a grass roots level across the UAE.”

His Excellency Sultan Ahmed Bin Sulayem, DP World Group Chairman and CEO, said: “Golf’s international exposure and reputation as a global sport for all is one that fits with our direction as a business, enabling trade for nations across the world. Dubai has now become a leading destination for golf, with many world class courses, regularly attracting top players and contributing significantly to sport tourism in the UAE.  We are delighted to continue our commitment to the grand finale of the Race to Dubai, the DP World Tour Championship, and look forward to the ongoing development and enjoyment of the ‎sport across all generations.”

JGE’s Earth course, a member of the European Tour Properties network and branded as a European Tour Destination, has been the permanent home of the DP World Tour Championship, Dubai for the last eight years and will be the the last of eight venues in the European Tour’s new Rolex Series this November.