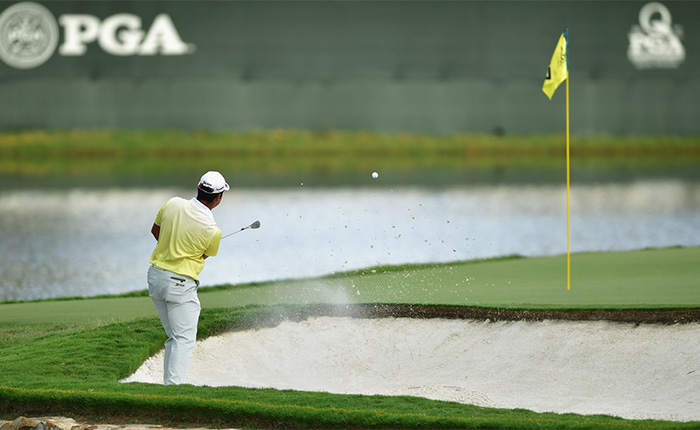 Critics have been quick to pan this PGA as lacking in drama, but this type of test provides its own intrigue

After 54 holes, Quail Hollow CC’s hosting of the PGA Championship is getting hammered with thumbs-down reviews.

The current consensus is that an over-the-top redesign by a prestigious private club with delusions of even more grandeur ruined a perfectly good golf course, resulting in a no-fun, small-ball, star-inhibiting, interminable slog that’s installed two no-names at the top of the leader board.

But such a critique is premature. And will be proved wrong.

Quail Hollow may not be a course that can be called great, but there’s no doubt its setup has created a great test of championship golf. That’s because it is doing an excellent job of rewarding golf’s most vital skill – controlling the ball – under the most rigorous conditions.

In recent years, the clamor for power golf has led to setups at regular tournaments (and even some majors) becoming lenient in the justice meted out to long hitters, whose 320-yard-plus bombs might be fun to watch but are often wayward. The norm has changed to the point that when at events where areas off the fairway inhibit or prevent imaginative recoveries and aggressive shot making , fans and players complain of creativity being stifled and tricked-up tracks that cross the line into unfair.

Such objections may occasionally be justified in regular tournaments. But majors are supposed to impose a higher standard than normal for all shots, driver through putter. Rough off the fairway and around the greens should make scrambling hard enough that inaccurate drivers and iron players are kept in line. The greens should be firm enough to insure that only well struck shots will stay close to the hole, and their speed and undulation should make it less likely that hot putting can have a disproportionate role in the final result. All the while, players must fight off the fear that comes with a reduced margin of error.

This week, much more than when it hosts the Wells Fargo Championship, Quail Hollow is doing all of the above. The best proof is that the leader, Kevin Kisner, is clearly playing the best golf. Though currently ranked ranked 25th in the world, Kisner is neither a big name nor a big hitter. To some, his position indicts Quail Hollow for having a major setup that is thwarting rather than fostering superior talents. 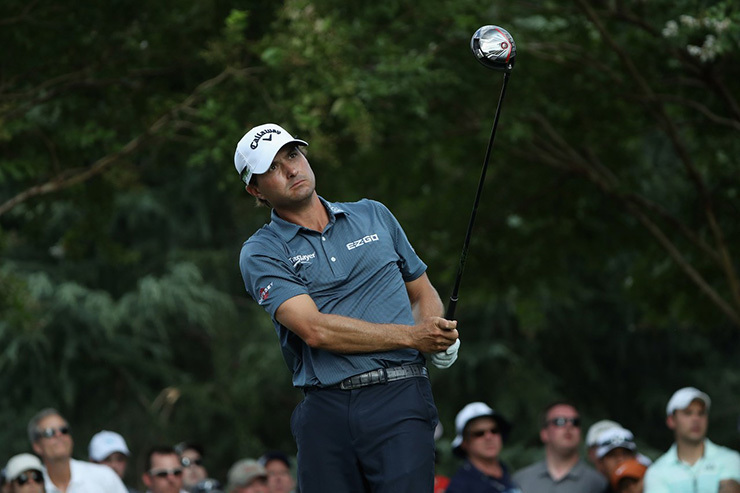 Much the same charge was leveled at this year’s setup of the TPC Stadium Course at the Players in May, where Si Woo Kim, at the time the 75th-ranked player in the world, won with spectacularly accurate but not overpowering golf. Similarly, Kisner is currently first in the field in greens in regulation, and hasn’t had a three putt. He’s endured with gritty patience and resilience several very near misses of mid-range birdie putts, as well a maddeningly unnecessary error on a long approach from the rough on the par-4 16th hole that led to a double bogey. His play has been a model for how to handle a tough major championship test.

Golf, at least intermittently, is better for such examinations. Birdies in bunches can be fun on occasion, but those who think it’s what fans want are pandering to the mantra that products must be geared to short attention span craving instant gratification. For those who appreciate the game’s total challenge, the bomb-and-gouge style that results in one wedge approach after another is more insidious.

Moreover, the majors have gone a bit soft lately. The wide fairway setup at Erin Hills made the U.S. Open too easy. And the Open Championship, while it might have ended with a not-too-low 12-under number, gave up the first 62. It’s been a bit jarring to see the PGA Championship, with generally the friendliest setup among the four majors, become the toughest major of this year. But it hasn’t crossed the line into unfair, and considering what came before, the timing has been good. 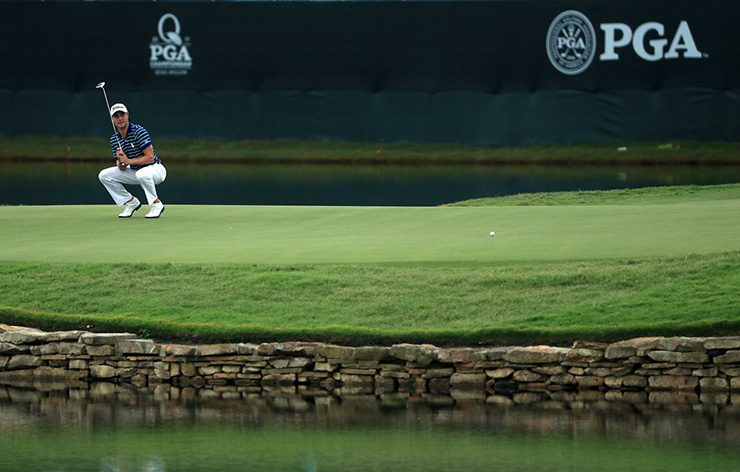 That will prove out in Sunday’s final round. No doubt it will be another long one, the undeniable downside of a punishing and fraught major setup. But contrary to those who contend elite golf without lots of birdies is boring, chances are very good the finish will be taut and exciting and, yes, entertaining.

The extremely penal nature of Quail Hollow’s last three holes – the Green Mile – will mean that no lead is really safe. Just because no player in the 15-year history of the Wells Fargo Championship has ever completed a round birdieing all three doesn’t mean there won’t be volatility. Its reputation as one of the most dangerous places in golf has been enhanced, where it’s clear that under major championship pressure, the Wanamaker Trophy is more likely to be lost than won.

Such is the nature of a major championship setup, which, perhaps paradoxically, is designed above all to identify the most deserving winner. And why when all is said and done at the end of very taxing week, the PGA Championship hosted by a redesigned Quail Hollow will receive a thumbs-up.