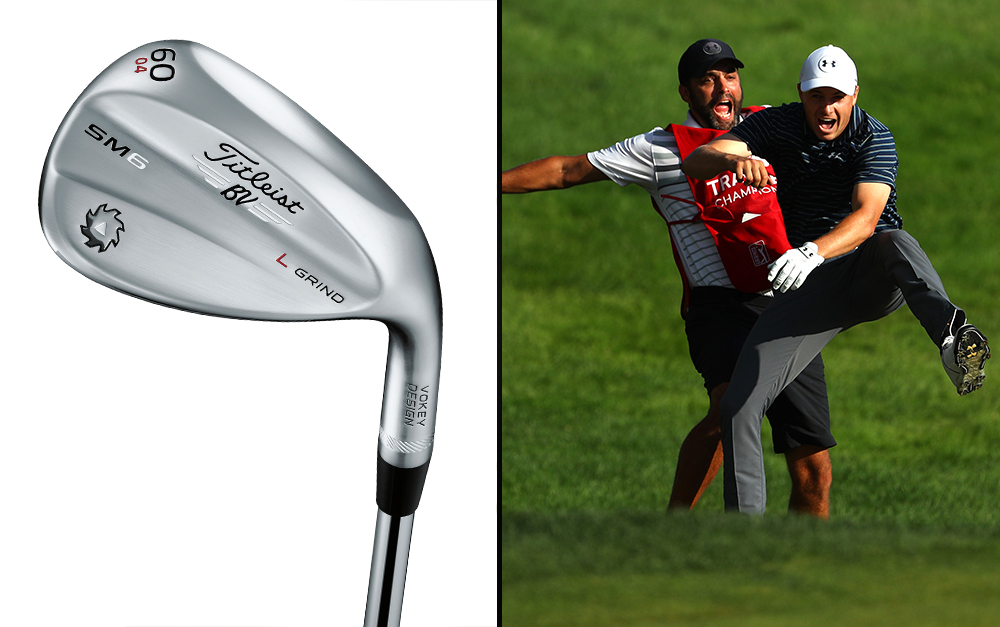 There was a reason for that. The Titleist Vokey SM6 wedge that Spieth used for the shot is a familiar club for him. The 60-degree wedge has 4 degrees of bounce and has Vokey’s L-Grind, which has enhanced heel, toe and trailing edge grind.

“Jordan’s used that grind or something similar ever since I’ve known him,” said Aaron Dill, who is Vokey’s right-hand man on the PGA Tour. “It’s a familiar grind for him.”

Spieth’s specs include standard loft and lie angle with a Project X 6.0 shaft at standard length. The clubhead, which features a raw finish, has Spieth’s initials simply stamped on the back. The grip is a SuperStroke rubber round.

However, while the specs might be standard, Spieth requires some work to the clubhead.

“Jordan has a unique eye when it comes to his 60-degree wedge,” says Dill. “He likes it to appear slightly smaller but also modestly longer. To do that we take the area of the clubhead close to the heel and lower it. The little bit of polishing in that area seems to make it suit his eye.”

Apparently so. As Spieth described the winning shot, “I saw it kind of spinning towards the middle of the hole and I’m like, no way. I’m looking at it like there’s no way. It hit and went in, and I lost my mind.”

Indeed he did, including a celebratory toss of the winning club before a chest bump with caddie Michael Greller. According to Dill, Spieth will change his 60-degree wedge six to eight times a year due to spin decay over time. At TPC River Highlands, however, the spin on that final bunker shot was just right. —E. Michael Johnson/@EMichaelGW