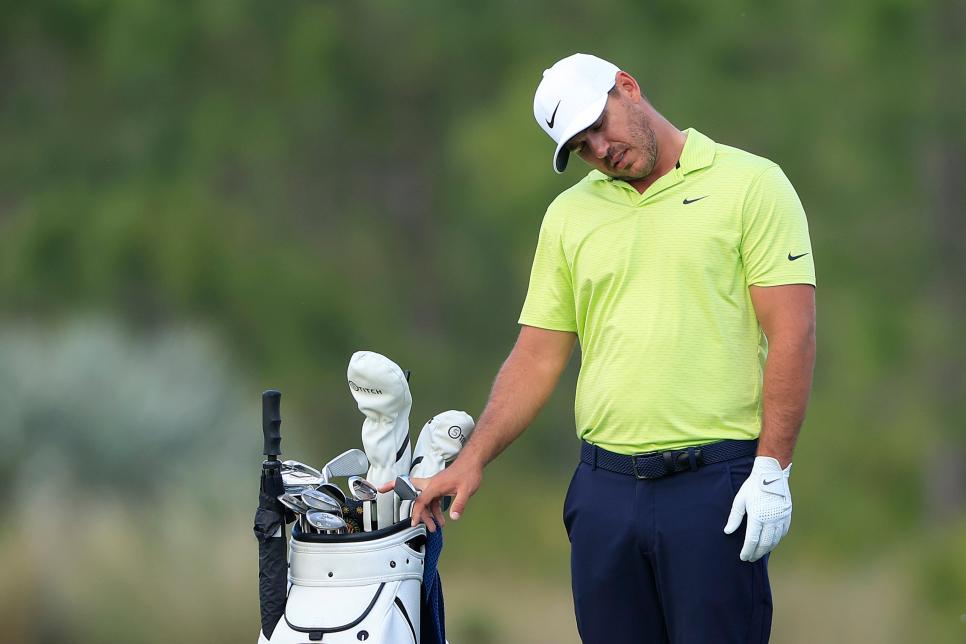 Brooks Koepka rolls his neck on the second hole during the third round of the World Golf Championships-Workday Championship. Sam Greenwood

Saturday’s third round at the WGC-Workday featured more lead changes than a Big 12 football game, highlighting just how much danger lurks at every corner of the Jack Nicklaus-Tony Jacklin co-design. Of course, as Collin Morikawa showed, there are plenty of birdies to be had, too. It’s the ultimate risk-reward track, and it’s made for a highly entertaining first 54 holes.

Here are five takeaways from Day 3 at Concession.

Last week, following a second-round 70 at Riviera, Brooks Koepka revealed he had been dealing with some neck stiffness for a month or so now. After an 11 under through 36 holes start at Concession, there was no mention of any neck stiffness.

But when he arrived at the course on Saturday morning, the four-time major winner was clearly in pain. He was favouring the left side of his neck, stretching it out in any way possible to prepare for the round. It lingered the entire day and was mentioned ad nauseam by the NBC broadcast crew.

Right from the start it did appear to be affecting his game, with Koepka badly pulling his opening tee shot, taking an unplayable and eventually making bogey. He made a mess of the second hole as well, but ended up holing a clutch six-footer for another bogey. In retrospect, it was a gritty start. He could have just as easily gone double-double and fallen off the face of the earth, but Koepka played through the pain and did not make another bogey the entire round. Four birdies and 12 pars earned him a hard-fought two-under 70, which has him only two off the lead of Morikawa. Avoid a disastrous start? Check. Still shoot under par? Check. Position himself to win twice in his last three starts? Check. Show up with no neck pain on Sunday? We’ll see about that one, but he’s still right where he needs to be, which is a scary thought for Morikawa. Speaking of … 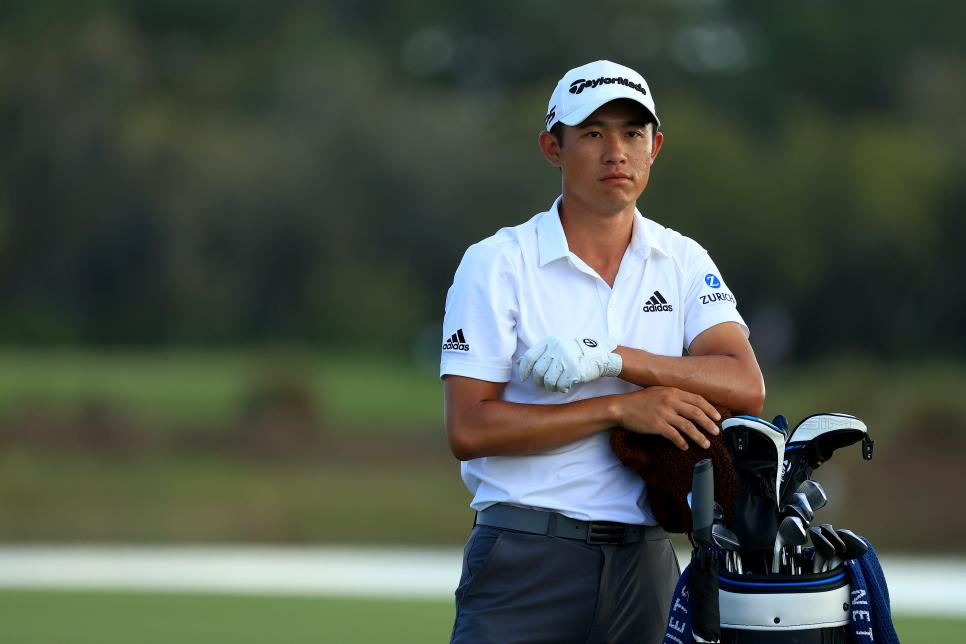 Collin Morikawa waits on the 13th fairway during the third round of the World Golf Championships-Workday Championship. Mike Ehrmann

We see it week in, week out on the PGA Tour—guys with the 54-hole lead have trouble closing the deal. Tiger Woods spoiled us with his ability to close, making us all believe it’s easy, when it’s actually one of the most difficult things to do in the sport. Put yourself in Morikawa’s shoes for a second. He once led by five on Saturday at Concession, and within 40 minutes that margin shrunk to two. He has to somehow protect that lead on Sunday on a golf course begging you to make doubles and triples while the likes of Koepka, Billy Horschel, Webb Simpson, Rory McIlroy and Patrick Reed try to chase him down. Sound fun? No, it sounds like Morikawa could have trouble sleeping tonight. 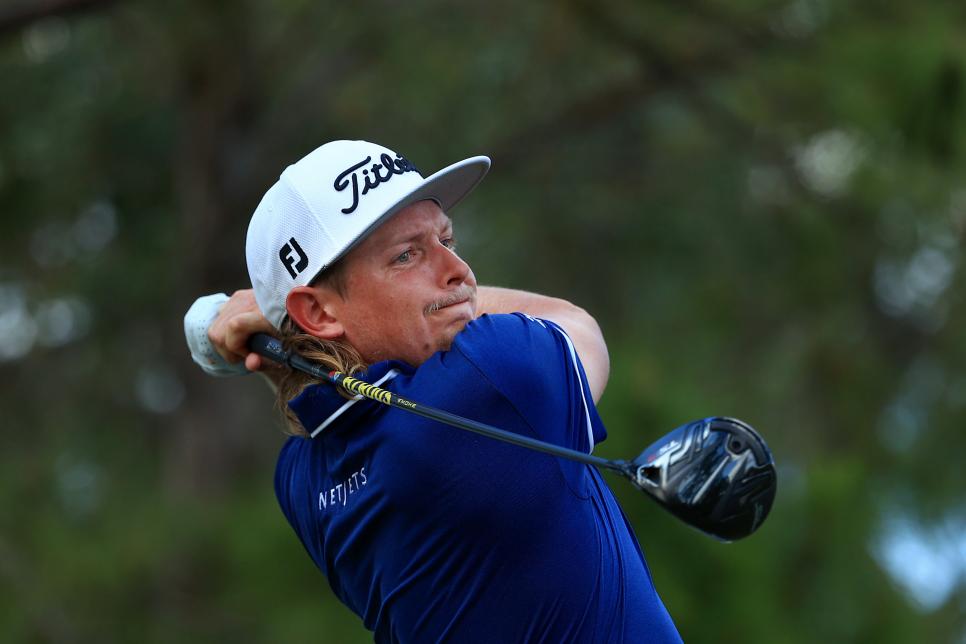 Cameron Smith plays his shot from the seventh tee during the third round of the World Golf Championships-Workday Championship. Mike Ehrmann

As Morikawa found out on the back nine, no lead is big enough at Concession. Just ask Cam Smith, who went two under on his first four holes to reach 12 under for the week, taking a two-shot lead in the process. At day’s end, he found himself 10 shots back. Wait, what?

The young Aussie’s troubles began at No. 5, where he snap-hooked his tee shot into the water, took his drop and laid up, and then hit his fourth shot into the water again. Incredibly, he stuffed a wedge to six feet on his sixth shot, then cleaned up one of the rare “good” triple bogeys you’ll ever see.

Smith got wet three more times on the day, once at the par-4 eighth, where he spun a wedge off the green and back into the water on his second shot. Again, at the 13th, where he found the water with his tee shot. And finally, at the par-4 16th, again with his tee shot. He finished with a five-over 77, shooting himself out of a tournament he seemingly had control of as he stood on the fifth tee. 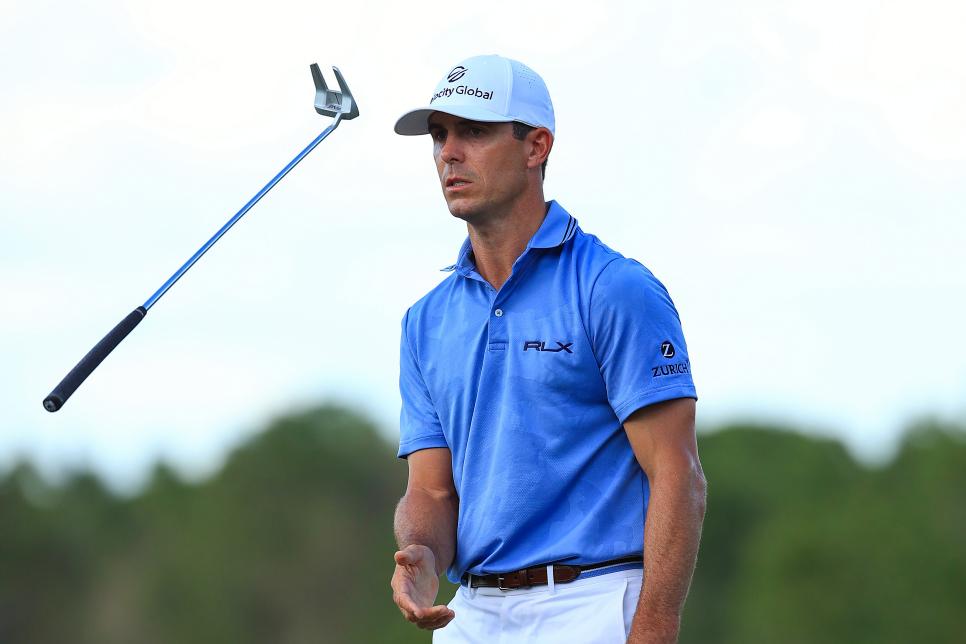 Billy Horschel tosses his golf club on the 11th green during the third round of the World Golf Championships-Workday Championship. Mike Ehrmann

Horschel, who has been cooking for some time now, could not buy a putt for much of the third round, playing his first 14 holes in even par despite some premium ball-striking, as per usual. A younger version of Horschel may have grown impatient, and potentially even lost his temper, but he stayed the course on Saturday. It paid off, and the former FedEx Cup winner finally capitalized on 16 and 17, where he went birdie-eagle, the latter of which came on a hole that had given previous groups absolute fits. Horschel may have hit the shot of the tournament from 260 yards out in the 17th fairway, and the eagle conversion made everyone watching collectively say “Oh, damn, Billy Horschel is really in this.” 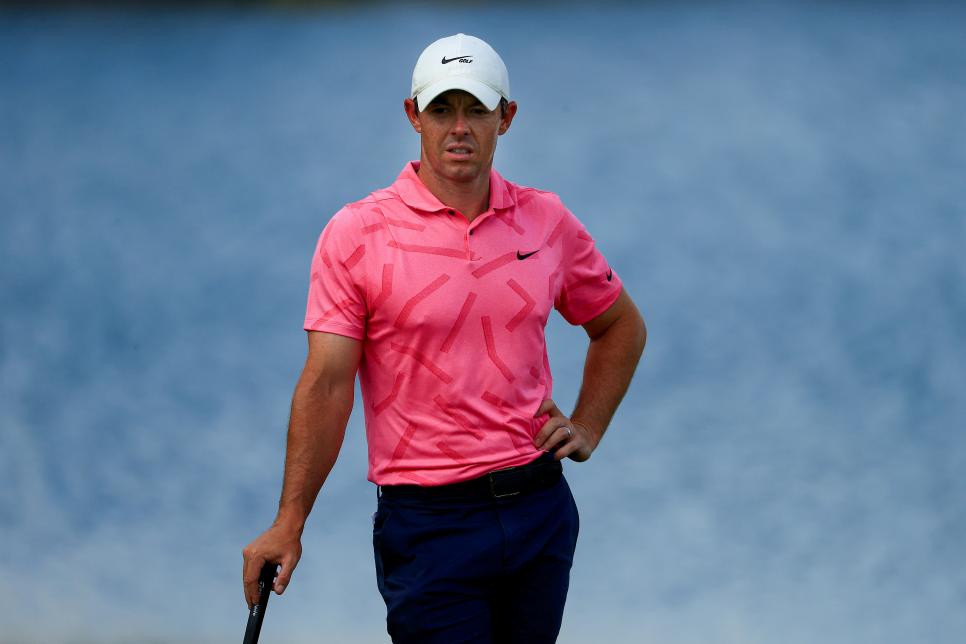 Rory McIlroy looks on from the second green during the third round of the World Golf Championships-Workday Championship. Mike Ehrmann

We see you, Rory

Tidy little 66 from the almighty McIlroy on Saturday, which has him only four off the lead. We’d urge everyone not to get excited about it, because he’s had a knack for letting you all down in very similar situations of late. The way we see it, Sunday will go down in one of two ways—a Rory 62 to win and flag plant himself as the top-3 player in the world he is again, OR, a brutally slow start and a “late charge” where he ultimately comes up short. No in-between.