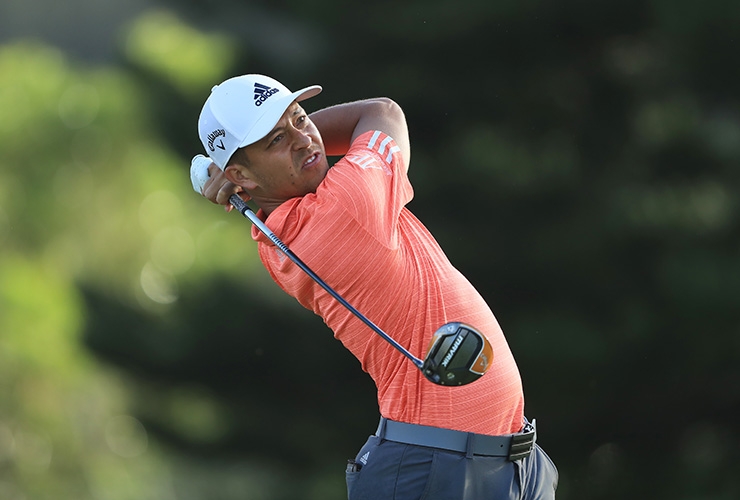 KAPALUA, HAWAII – JANUARY 03: Schauffele plays his shot from the 18th tee during the second round of the Sentry Tournament Of Champions at the Kapalua Plantation Course on January 03, 2020, in Kapalua, Hawaii. (Photo by Sam Greenwood/Getty Images)

By Christopher Powers
Xander Schauffele snuck up on everybody last season at the Sentry Tournament of Champions, shooting a final-round 62 to come from behind and win by one stroke over Gary Woodland. If he’s able to defend his title in 2020, he won’t be sneaking up on anyone this time.

Reed shot the low round of the day, a seven-under 66 in brutal conditions that saw him vault 14 spots up the leader board.

“Just one of those days you have to grind it out,” said Reed, who made eight birdies and one bogey in his second round. “You have to give yourself opportunities and capitalize on the moments you get. I was lucky enough to do that today. Made a lot of good putts and hit a lot of quality shots when I needed to get it done.”

Niemann, who opened with a 66, followed with a one-under 72. Rickie Fowler shot a two-under 71 and sits alone in fourth. Patrick Cantlay and Justin Thomas are tied for fifth at six-under.