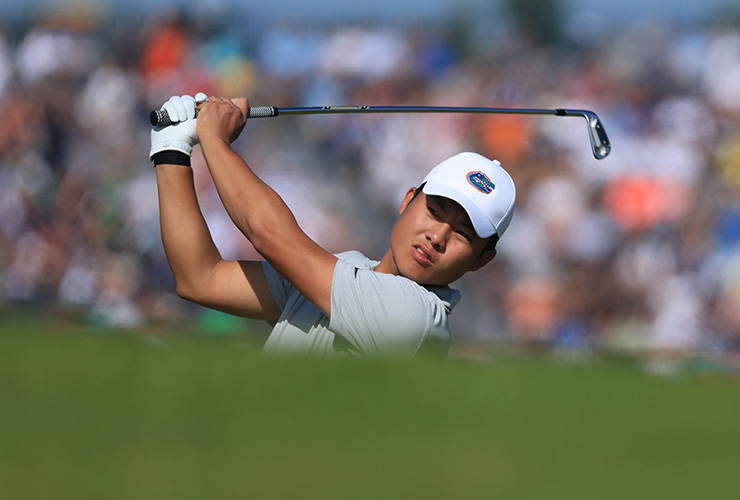 Photo by Matthew Lewis/R&A/R&A via Getty Images
Yuxin Lin in action during the 149th Open at Royal St George’s Golf Club on July 17, 2021, in Sandwich, England.

By Kent Gray
Yuxin Lin will attempt to distance himself from reigning Masters champion Hideki Matsuyama as the most successful player in Asia-Pacific Amateur Championship (AAC) history in Dubai early next month.

The 21-year-old Chinese player has been confirmed to defend his title at the 12th edition of the AAC to be hosted by Dubai Creek Golf & Yacht Club from Nov. 3-6.

Now in his junior year at the University of Florida, the left-hander from Beijing won his first title in 2017 at Royal Wellington by three shots, after closing with a birdie and an eagle, and then reclaimed the crown from Japan’s Takumi Kanaya when he defeated him in a playoff for the 2019 championship at Sheshan International Golf Club in Shanghai.

Ranked No. 20 in the World Amateur Golf Ranking (WAGR), Lin will look to eclipse Matsuyama, the only other multi-time winner, who captured the ACC in 2010 and 2011.

“It would be a dream come true if I can win the Asia-Pacific Amateur Championship for a third time,” said Lin who is no stranger to UAE conditions having finished tied for 30th in the European Tour’s Abu Dhabi Championship last year.

“To already be placed in the same bracket as Hideki Matsuyama as a two-time champion is surreal so to get one ahead would be amazing. 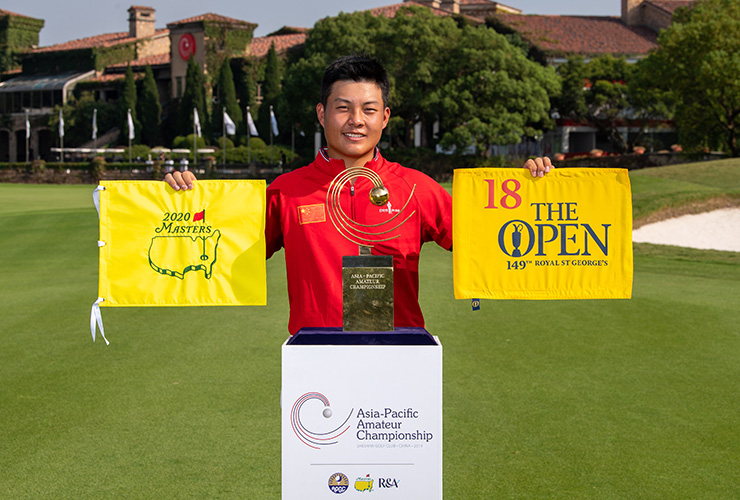 “It is the biggest tournament in our part of the world and I know how much the players will be eager to get their hands on the trophy. It is an incredible opportunity to gain an invitation to the Masters and a place in The 150th Open at St Andrews next year. It will be a tough task but I will give it my best shot.”

The 2020 AAC, scheduled to be held at the Royal Melbourne Golf Club in Australia, was cancelled due to the COVID-19 pandemic. The 2021 championship will mark the first edition held in the UAE, one of the APGC’s 42 member countries.

Over the AAC’s 12-year history, the championship has served as a springboard to some of the world’s top players today, including Matsuyama, Australia’s Cameron Smith, Korean Kim Si-woo, Thai Jazz Janewattanond and Chinese Taipei’s C.T. Pan, who won a bronze medal at the Tokyo Olympics this year.