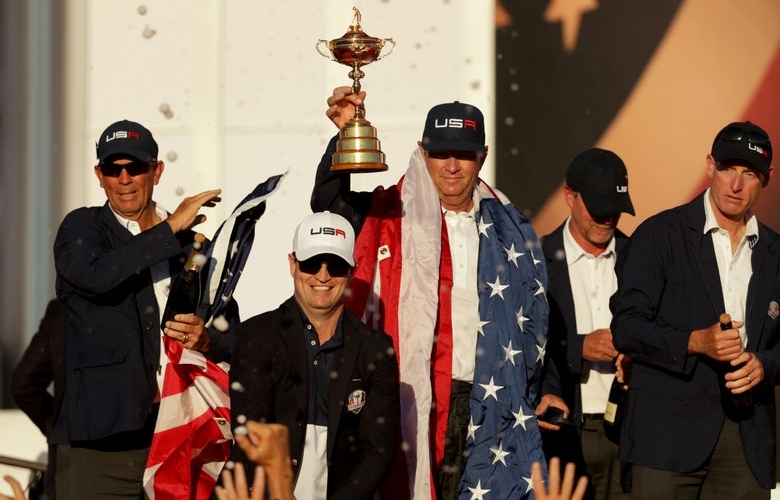 The announcement was not a surprise; Golf Digest reported in January that American captain Steve Stricker would name Love and Johnson assistants for the September matches at Whistling Straits in Haven, Wis. Love and Johnson join Jim Furyk, who was tabbed as an assistant in 2019, as part of the U.S. braintrust.

“With the Ryder Cup it’s important to surround yourself with quality individuals who you can lean on and who have the best interests of the team in mind,” Stricker said in a statement. “Jim (Furyk) and I have talked about this a lot in the last year and now we are happy to add two Ryder Cup veterans in Zach and Davis to the conversation with the goal of putting this team in a prime position to win. Both Zach and Davis share a passion to compete at the highest level and are strong communicators, which is important, especially when we’re in the heat of competition.”

A two-time major winner, Johnson, 44, has played in five Ryder Cups for the United States. This is his second stint as a Ryder Cup assistant, helping out Furyk at the 2018 event—won by Europe 17 1/2-10 1/2—and served as a vice-captain to Tiger Woods at the 2019 Presidents Cup.

“It’s always an honour to be part of the U.S. Ryder Cup Team,” Johnson said. “In a domestic Ryder Cup, it’s important to defend ‘our turf,’ and to do so on behalf of Steve— in his home state at Whistling Straits—is a great opportunity for our team to make a statement.”

Love has captained the American squad twice, including its last victory in 2016. Love, who has transitioned into broadcasting this season, has also played in six Ryder Cups and assisted in another two.

“Steve has been such a consistent presence on this team, both as a player and as a vice-captain, and now it’s his time to lead.” Love said. “He has a terrific vision for what he wants our U.S. team to not only accomplish, but represent, all year long. I’m confident in the program he has in place and am anxious to get to work.”

The 2020 Ryder Cup will begin Sept. 25. The Europeans are defending champs.