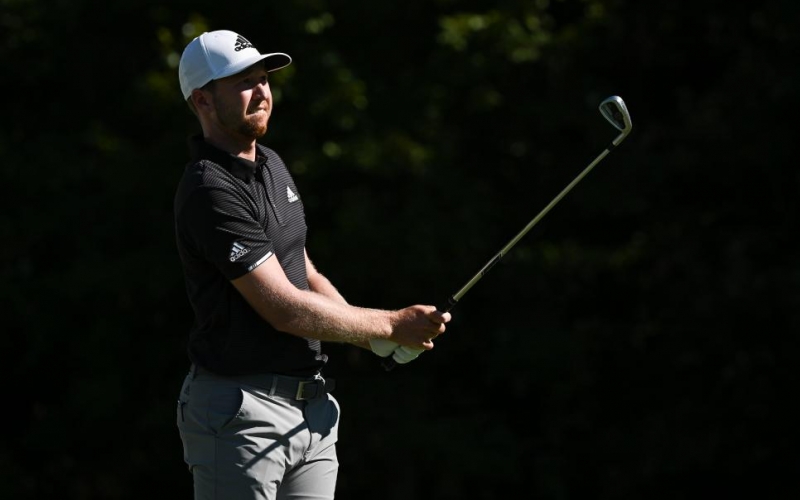 By Christopher Powers
In terms of strokes-gained, there has been no player better than Daniel Berger since the PGA Tour’s restart in mid-June. He may not have multiple wins (including a major) like Collin Morikawa, but as a PGATour.com list revealed on Wednesday, Berger edged out Morikawa in total strokes-gained by 0.676 during the 11-event post-quarantine stretch.

RELATED: Tiger Woods shows signs of his best golf since the restart in Boston

Berger’s red-hot play continued on Thursday at TPC Boston, where he shot a five-under 66 in the opening round of the Northern Trust, the first event of the FedEx Cup Playoffs. It’s his 13th round of 67 or lower in the 18 rounds he’s played since the restart. During that span he’s had a victory at the Charles Schwab Challenge, a T-3 at the RBC Heritage, a T-2 at the WGC-FedEx St. Jude Invitational and a T-13 at the PGA Championship.

But this resurgence of sorts for the three-time tour winner began before the COVID-19 pandemic, starting at the Waste Management Phoenix Open, where he tied for ninth. He immediately followed with consecutive top 5 finishes at Pebble Beach and the Honda Classic. Since February (and maybe even before that), Berger has played like a guy who belongs at Augusta National this November.

Unfortunately, that won’t be the case for the former Florida State Seminole, as the Masters field was set back in March. The World Rankings were frozen in place, with the top 50 earning entry into Augusta and the other spots being filled via a number of different exemptions. Berger, who was ranked 106th in the world after the Honda Classic, did not meet any of the Masters criteria.

Following his stellar opening round on Thursday, a reporter asked Berger about his potential Augusta absence this fall. Judging by this answer, he’s just as confused as the rest of us:

Q: Not to be Mr. Negativity, but do you know that you could win the FedExCup this year, win the U.S. Open and still have to wait until April to play the Masters?

DANIEL BERGER: Yeah, I’m not sure what else I have to do at this point to get into Augusta. I think I’m ranked 18 in the world and I’m seventh in the FedEx Cup, so I’m a little baffled that I haven’t had more opportunity to at least hear from some of the guys over there or have a chance, obviously. The field was set, but I don’t know, I feel like at this point — I don’t know if I could say I deserve a spot, but I feel like I’m playing well enough to earn a spot into the Masters.

Berger is not wrong. He’s certainly one of the best players in the world right now and the best players in the world usually play in the Masters. But, if you haven’t heard, these times are unprecedented, and this situation in particular is one of the more unique ones in Masters history. Sadly, “right now” is not March, when the field was already set and Berger was on the outside looking in.

He can at least take solace in the fact that he won’t be the only top player left out in November. Viktor Hovland, who finished low amateur in the 2019 Masters, is not in the field. His Puerto Rico Open win in February did not come with a Masters invitation because it was an opposite-field event, and it only vaulted him from 100th to 60th in the OWGR. When the Masters field was set, Hovland was ranked 58th. For now, the best this duo can hope for is two special exemptions from Augusta National, which are very rare.