Which course is the best PGA Championship venue? Our “definitive” ranking 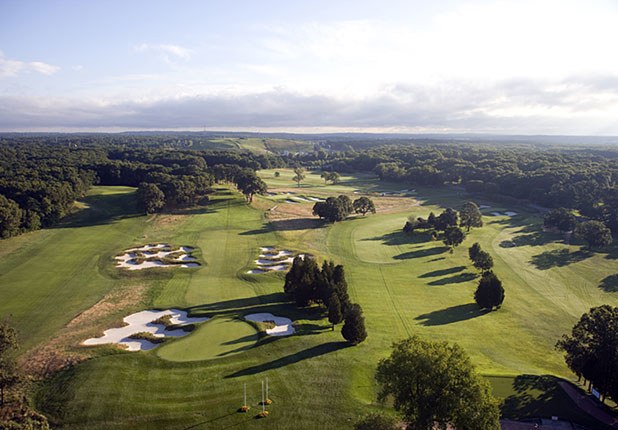 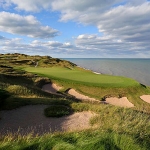 In honor of the 2017 PGA Championship, we asked a panel of 10 Golf Digest contributors to rank their favorite PGA Championship venues. The four categories for ranking were course layout, tradition, past winners and excitement produced. Keeping these factors in mind, here are the 15 courses currently in the PGA Championship rotation ranked from worst to best: 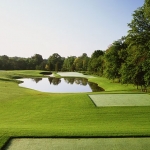 This ranking is not reflective of its layout, championship merit (set to host the 2017 Women’s Open and the 2022 PGA Championship) or its controversial owner. Rather, it’s correlated to its age, or lack thereof. Opened in 2004, Bedminster remains a relative unknown to the scene. However, the early reviews have been positive. Don’t be surprised if it quickly becomes a favorite. 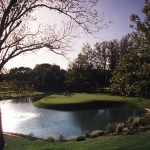 You would think a venue hosting the 100th PGA Championship would be a tradition-laden course. Not quite. Although opened in 1897, the Missouri club has seen just two major championships (1965 US Open, 1992 PGA Championship). A Robert Trent Jones design, Bellerive is renowned for its condition, which should make for an aesthetically pleasing watch for the 2018 PGA Championship TV audience. 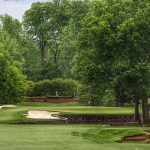 Another rating that’s predicated more on its lack of championship history rather than its presentation of golf. A George Cobb creation — who designed the par-3 course at Augusta National — Quail Hollow will host the 2017 PGA Championship, as well as the 2021 Presidents Cup. The course has produced its share of strong winners at its Wells Fargo Championship, including Tiger Woods, Rory McIlroy, Vijay Singh and Rickie Fowler. 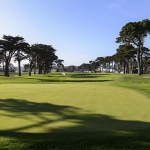 A scenic piece of land in San Francisco, TPC Harding Park is more known as the stomping grounds for a young Johnny Miller and Ken Venturi rather than its championship pedigree. Harding Park has hosted a Presidents Cup, and hosted the WGC-Match Play in 2015. It’s not the hardest of tests, but overall, the course gets a thumbs-up from its competitors. 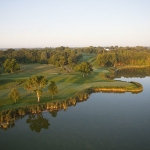 Two common complaints arose in our sample for the Chaska, Minn., course: 1. A lack of memorable holes 2. The winners. The latter is no fault of the club. Conversely, having Rich Beem and Y.E. Yang as its past two PGA Championship victors is not doing the place any favors. 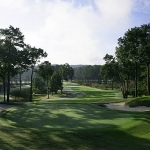 AAC has the history, with four majors under its belt (not including a U.S. Amateur and a Women’s Open). Alas, despite pristine conditions, many of our reviewers gave a “meh” response to the Atlanta Athletic Club’s layout. Not helping matters is an underwhelming cast of former winners (David Toms, Keegan Bradley, Jerry Pate) as well as its stigma as one of the worst U.S. Open venues (1976) in the tournament’s history. 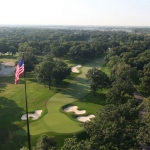 As a championship setup, Medinah receives middling grades. But on the excitement, history and winner’s scale, the Illinois course is off the charts. Its past champions include Tiger Woods (twice), Hale Irwin and Cary Middlecoff, and it served as the host (and scene of the crime) for the 2012 “Meltdown at Medinah” Ryder Cup. 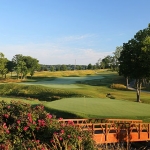 Valhalla was the most divisive course on the list, with reviewers giving it acclaim or throwing tomatoes in its direction. The most common detriments referred to its so-so front-nine design and the eyesore of visible power/cable lines on the course. However, Valhalla has elicited some exciting finishes — two PGA Championship playoffs, Rory McIlroy’s one-shot victory for the Wanamaker Trophy in ’14 — and promoted a rowdy Ryder Cup atmosphere in 2008, helping vault its standing on our list. 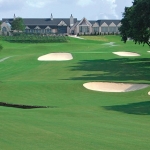 Southern Hills is a fixture in the Golf Digest 100 Greatest, usually hovering in the 30-40 zone. The best way to describe Southern Hills is like taking a car ride with your grandparents. There might be more exciting things to do in life, but you always cherish this time together, and you never have a bad experience in such a situation. 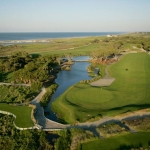 Admittedly, we thought this South Carolina course would be ranked lower on the list, as it’s only hosted a Ryder Cup and one PGA Championship. However, the course is one of the top 25 in the United States, and its intricate construction, which harnesses both the ocean shore with a championship-level test of golf, is a dynamic that overcomes its lack of history. 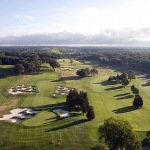 Similar to Kiawah, hosting just two majors didn’t hurt this course as much as we believed. Its true-public nature likely fuels a bit of the aura, but it’s far from the only factor. To the players, Bethpage provides a fair, “come and get it” layout, and past tournaments have featured some of the best crowds ever produced for major championship golf. The Black course will host the 2019 PGA Championship. 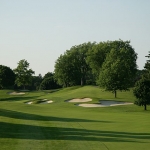 The history. Oh, the history. Six U.S. Opens, three PGA Championships and a Ryder Cup. The course’s victors double as a look into golf’s Hall of Fame: Ben Hogan winning an Open, Gary Player a PGA, Jack Nicklaus and Arnold Palmer capturing Senior Open titles. Moreover, despite its design from a century ago, it has stood the test of time, and remains one of the harder major venues on the market. 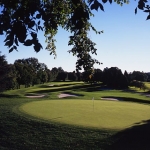 A beauty from A.W. Tillinghast, Baltusrol’s Lower course has been the site of two Jack Nicklaus’ Opens, as well as Phil Mickelson’s 2005 PGA Championship. It is noted for rewarding well-played shots but delivering swift punishment to those that are not. While every other course on our list had at least one detractor, Baltusrol’s record amongst the reviewers was flawless. 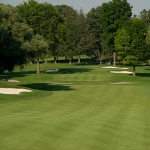 As one reviewer put it, “When you think of mature, unblemished, championship golf, Oak Hill is what comes to mind.” The Donald Ross design has produced notable finishes, has a strong cabinet of past winners and it ranks 20th on Golf Digest’s most recent 100 Greatest ranking. 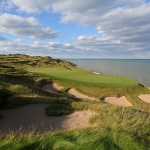 What an upset! Not even 20 years old, the Kohler, Wis., course had the most “No. 1” rankings from our panel, many citing the course’s landscape and environment as catalysts for their affinity. After hosting the 2015 PGA Championship, Whistling Straits will be the site of the 2020 Ryder Cup.