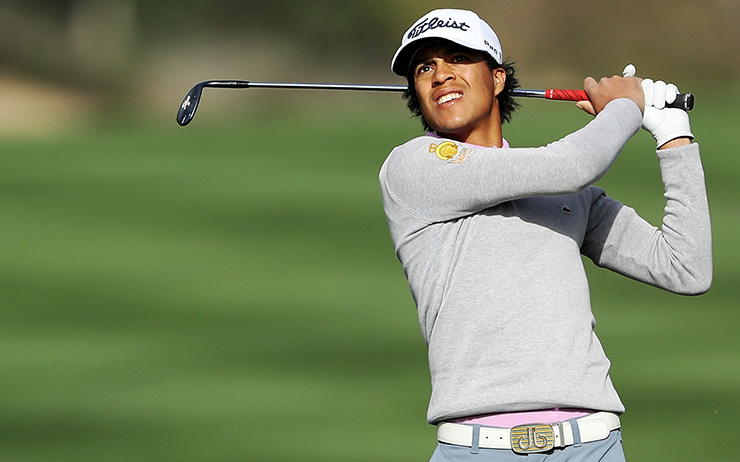 A hole-in-one helped Lee Corfield maintain his two shot lead ahead of the final round of the MENA Tour’s Mohammedia Open on Tuesday.

The 35-year-old Englishman aced the 144-yard par 3 11th with a nine iron en-route to a one-under 70 at Royal Golf D’Anfa Club and a -6 total of 136, two shots clear of compatriots Adam Sagar and Dave Coupland Morocco’s Ahmed Marjan (pictured).

It was Corfield’s sixth ace but his first on the MENA Tour where he has held the 36-hole lead for two straight tournaments in Morocco. He will be hoping to go two better than his solo third place in last week’s Casablanca Open. Two bogeys in the last three holes prevented Corfield from taking a more comfortable buffer into the final round of the 54-holer. 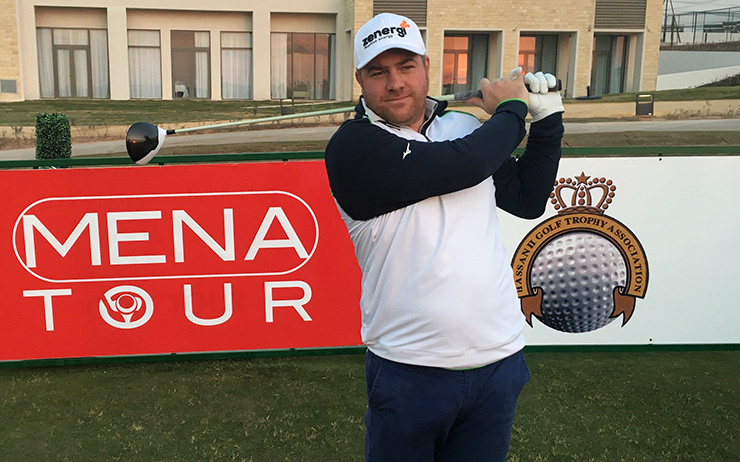 Marjan rolled in four outward nine birdies before dropping the only shot of the day on the short 11th hole in his second round 68. His day’s efforts were good enough to establish a two-shot lead in the MENA division over fellow Moroccan Mohamed Belaroussia with Younes El Hassani and Mustapha El Maouas sharing third on level-par.

Coupland made the biggest move on moving day move, five birdies, an eagle and two bogeys in a five-under 66 as he chases a maiden MENA Tour title.

Dutchman Pierre Junior Verlaar backed up his opening 69 with a 70 to consolidate his lead in the amateur division and share fifth place overall. At three-under 139, Verlaar is four shots ahead of England’s Taylor Carter and eight clear of India’s Dubai-based prodigy Rayhan Thomas, who carded a 73 to scrape into the final round.

The cut was made at four over par 146 with 58 professionals and 10 amateurs making it to the final round. Among the notables survivors were Scotland’s Grant Forrest (-2), Andrew Marshall (-1), Zane Scotland (+1), former England cricketer Craig Kieswetter and Danny Poulter (both +4).