When it comes to Donald Trump, players at the U.S. Women’s Open aren’t going there 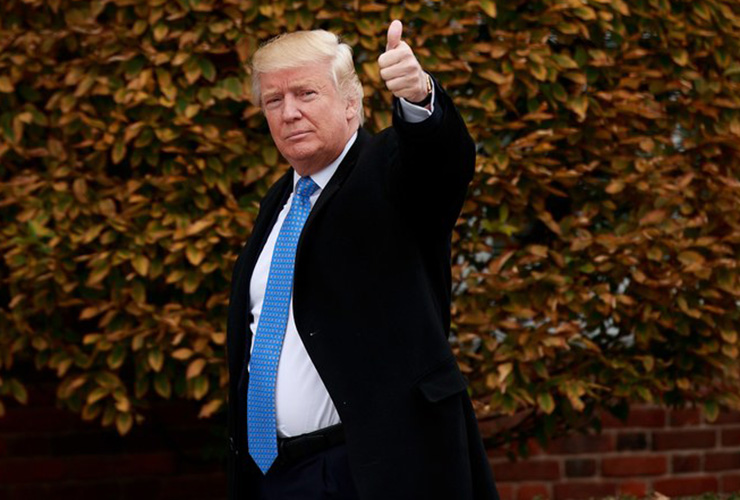 For months now, USGA officials have talked about trying to separate the politics of President Donald Trump from the playing of the U.S. Women’s Open at a Donald Trump golf course. But with the biggest championship in women’s golf set to get underway Thursday at Trump National Bedminster, that task remained an almost impossible one, particularly with the potential for the president to be in attendance at some point this week seeming likely.

During pre-tournament interviews on Tuesday, players naturally were asked if they had any thoughts about playing the Open at a Trump course, along with whether the President should attend the event and if they felt the atmosphere was different from previous Opens because of the Trump factor. While the specific questions differed to each player, their answers were almost universally the same. Indeed, the players have thus far presented a seemingly united front in responding with a version of “I’m here to play golf.”

“I have my opinion, and everybody is free to have their own opinion, but for me I think I’m just going to have a great week here, enjoy it and I’m excited to play the U.S. Women’s Open and not think of it in a political way for me.” — Lydia Ko

“I take my role as a female role model very seriously. This week is about the golf. The U.S. Open is our National Championship. It is one of my favorite weeks of the year. So this week, you know, I really want to focus on the golf part, and I want to hopefully inspire a lot of young women and women in general hopefully with my game. … I will not comment on any political part this week. This week is about the golf for me. I’m excited to compete in this championship and it’s really purely about the golf.” — Michelle Wie

“First of all, I’m not American so I don’t really know about political stuff, and I’m a professional golfer. I’m more thinking about how I’m going to play well at my stage instead of who is on the stage. We are here to play golf, not here to talk about the politics, so I don’t have any better answer about it.” — So Yeon Ryu

“[When] I teed off yesterday and teed off today, mostly what I was thinking about as a golfer was that this golf course is very difficult. I don’t know, I’m just looking at where to hit it in the fairway and what greens to hit. I haven’t thought much about it.” — Danielle Kang

“I think everybody just trying to avoid political questions because I don’t think they will get any advantage from saying whether they agree or disagree. And I mean I don’t really think that [I] really have much to say because I think it is really up to him whether [Trump] wants to come or not. I don’t think we get the choice of saying yes or no. So, we just deal with whatever we have, and I think that’s pretty much what we can do and this is a great national championship.” — Inbee Park