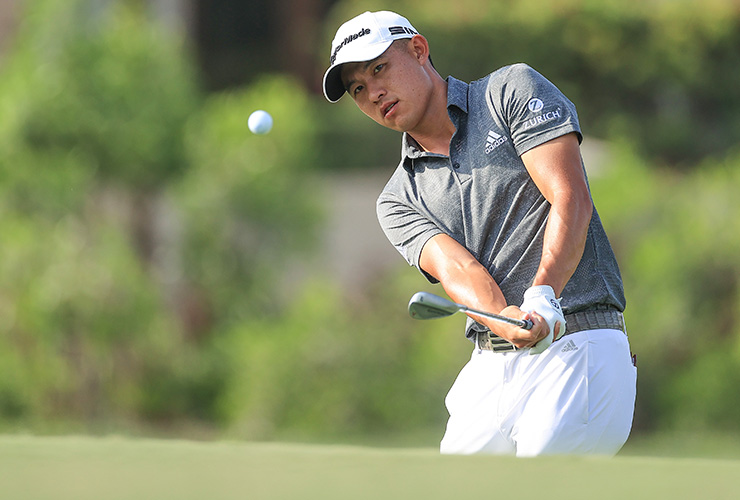 David Cannon/Getty Images
Collin Morikawa plays his third shot on the par-5 14th during the second round of The DP World Tour Championship on Friday.

By Kent Gray
With 36 holes to play in the final European Tour season before the circuit is rebranded to the DP World Tour, Collin Morikawa is comfortably on track for a place in history that will forever traverse whatever name, shape or form the tour takes.

While former Open champion Shane Lowry enjoys a three-way share of the halfway lead at the DP World Tour Championship, it is the reigning Open champion that leads the big dance.

With a second successive 68 on Earth at Jumeirah Golf Estates, Morikawa strengthened his bid to become the first American winner of the Race to Dubai title.

The 24-year-old Californian will begin Saturday’s third round in a share of 6th place with fellow major champion Martin Kaymer and importantly only two strokes off the -10 halfway lead held by Irishman Lowry, Englishman Sam Horsfield and American John Catlin.

Only five players can deny Morikawa the European No.1 tag with Englishman Paul Casey and Matt Fitzpatrick the best placed at -5. Critically, Morikawa’s countryman Billy Horschel, the only other player who can win the Race to Dubai without winning the DPWTC, is a whopping 10-shots off the pace in a share of 43rd in the 53 player field.

“I’m aware,” Morikawa said of his commanding position entering the final weekend of the season. “But I’ve got to focus on the weekend. I want to win this tournament. That’s all I care about, winning this tournament …everything else will kind of settle itself.

Lowry fired a seven-under 65 to earn his share of the leaderboard summit after overnight leader Rory McIlroy slipped a shot back after a double-bogey finish. 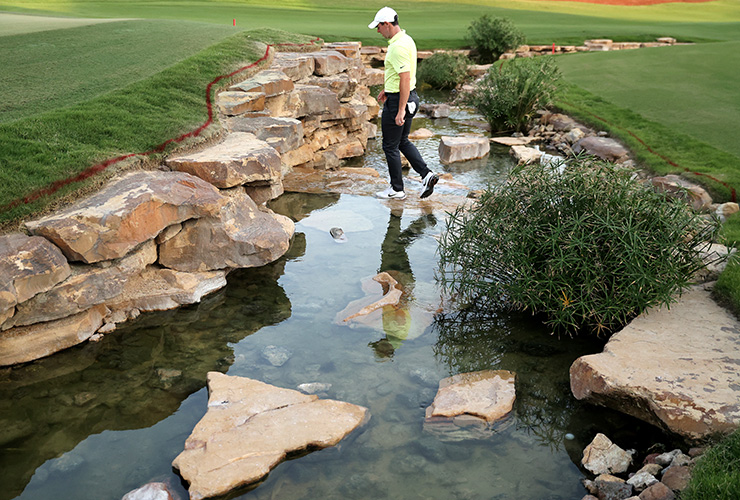 McIlroy seemed destined to back up his opening 65 with another round in the 60s but found sand and water on Earth’s closing par-5 en-route to a 70 to finish on -8 alongside Sweden’s Alexander Björk.

“I’m playing nicely. I started well again today and hit a lot of good shots on the front nine. It was sort of a little scrappy around the middle but was able to hang in there with my short game,” said McIlroy.

“Hit a nice one on 16, so the good stuff is in there. It’s just a matter of, yeah, I mean, I still feel like I played well and I feel like 70 is sort of the worst I could have shot today, especially with the finish and hopefully that’s the bad one out of the way.” 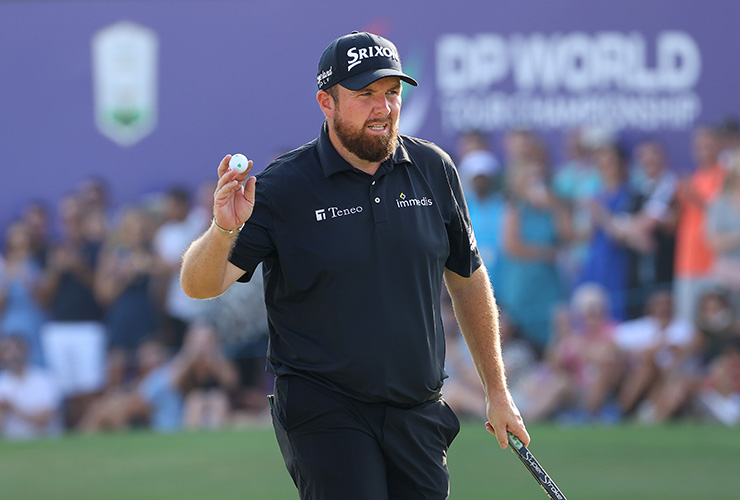 Shane Lowry acknowledges the galleries after his second round 65. (Photo Getty Images).

Lowry, who finished joint second behind Jon Rahm in the 2017 DP World Tour Championship, is in pursuit of his first title since hoisting the Claret Jug at Royal Portrush in 2019. His Friday 65 included five birdies and a chip-in eagle on the 14th.

“I feel like my game is in good shape and I feel like I know my way around this place and I know how to play here,” said Lowry.

“I’m happy to be atop of the leaderboard, late tee time tomorrow and I’m looking forward to the weekend.

“Just keep doing what I’m doing. For me personally, it’s two more days left and then end of a long year and a half, I suppose, long couple years. I’m looking forward to giving everything and leaving it on the course this weekend and hopefully I’m there near the top of the leaderboard come Sunday afternoon.”