Coetzee: I was walking under the trees thinking ‘this could be me’ 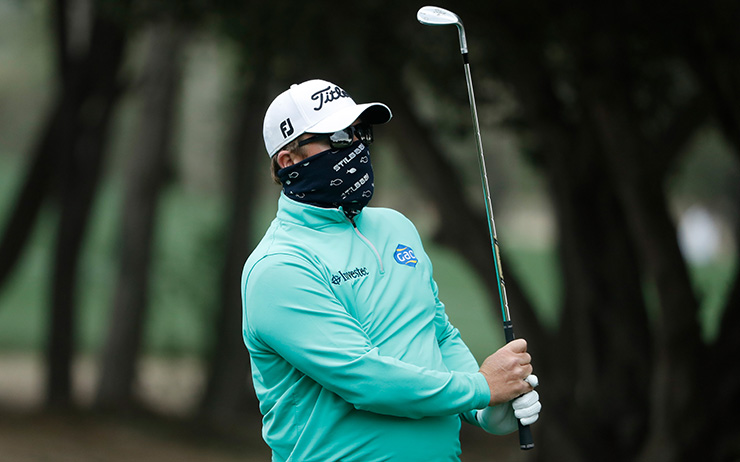 It’s not often the leader is happy to be hooked from the golf course for fear of losing their pace-setting momentum. But George Coetzee knew it was time to seek shelter on a wet and wild Friday at the 28th Omega Dubai Desert Classic.

“Yeah, just before that, we saw this one tree go down – you get a warning from the chairman, it’s about to collapse and [it] starts squeaking,” the South African said when asked if the right decision was made to suspend play at 2.26pm.

“I was walking under the trees hearing the squeaking and thinking, this could be me. It’s a little bit dangerous out there with the trees collapsing and stuff. Well, hopefully tomorrow will be better.”

Coetzee, tied second after an opening 66, will return to the 18th hole Saturday morning at -9 for the championship, a one stroke buffer over Sergio Garcia.

“I’m quite happy with the total I had, playing the back nine — the scoring holes, a couple of holes playing downwind. Quite happy to have taken advantage of it,” the world No. 173 Coetzee said after mixing four birdies with a bogey on 14 after starting his second round from the 10th tee.

Garcia, one under through five holes in his second round, described the conditions as a “little bit of a lottery.”

“The wind was all over the place and it was blowing really, really hard, very gusty. Obviously with trees coming down and things like that, we managed to hold on well for those first six holes, which wasn’t easy. I think tomorrow will be a little bit calmer and we can get out there.” 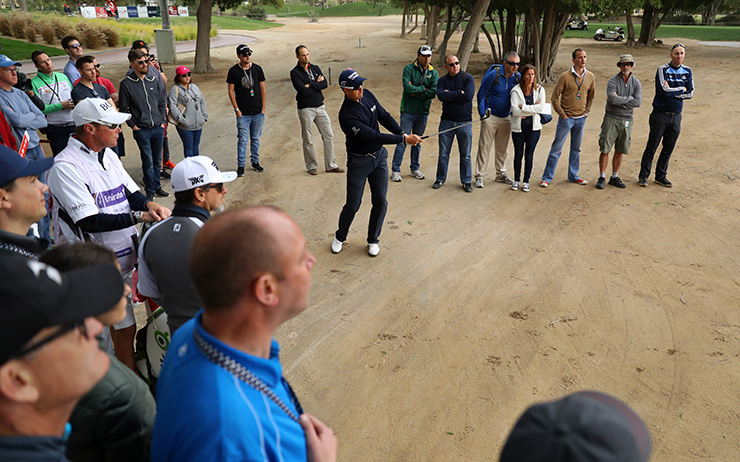 Henrik Stenson, in an eight-way tie for fifth place when play was called, was definitely pleased to find the sanctuary of Emirates Golf Club’s famed clubhouse.

“It was definitely the worst conditions I’ve ever played golf in in Dubai, I know that much,” The Open champion said.

“It was blowing very hard, a lot of dust in the air, trees coming down. We can’t control the weather, unfortunately, and we’ll be back to play some more golf tomorrow.”

Tournament director Mike Stewart said the decision to halt play was made in the interest of player and spectator safety as winds gusting 27mph in the morning steadily built to “gusts approaching 36 and beyond”.

“The last hour of play before we suspended, about 2.25pm. 2.26pm, it was such that we had a lot of things going on on the golf course. We had TV towers that the roofs were blown off. We had balls moving on the greens – [one] blew into a bunker at one stage – five trees came down…it was very unsafe and it was unplayable. “

it was only the second time in the 28 year history of the event that play has been suspended due to a weather event but Stewart is confident of finding a champion through 72 holes.

‘I think we’re still in a good place. The forecast for the last couple of days is pretty good. We don’t have any major issues I think.

“We’ll have winds on the weekend but nothing like days one and two. Hopefully we can most of the third round completed tomorrow [Saturday]. We’ll still have a bit to conclude on Sunday, all going well. Still have a good chance of finishing on time on Sunday afternoon.”