The clubs Jordan Spieth used to win the Open Championship 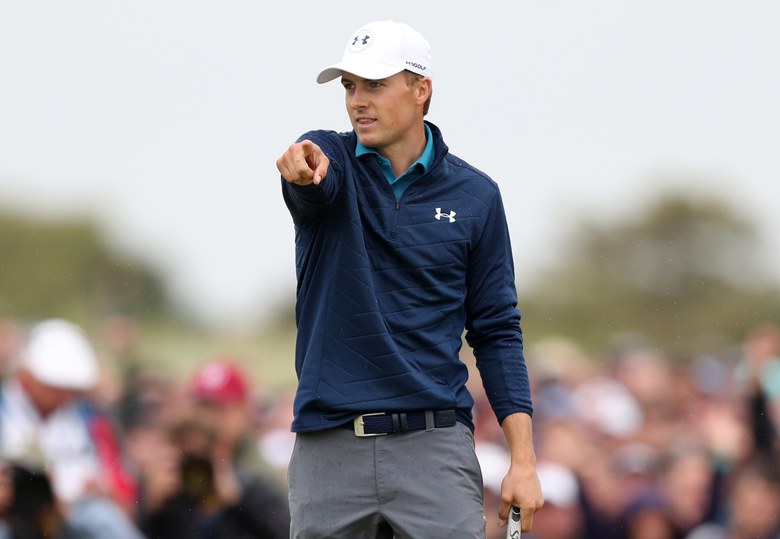 USA’s Jordan Spieth celebrates after his eagle on the 15th during day four of The Open Championship 2017 at Royal Birkdale Golf Club, Southport. (Photo by Andrew Matthews/PA Images via Getty Images)

Jordan Spieth’s third win of the 2016-17 season and 11th of his PGA Tour career included a rare equipment change, one neatly timed to the demands of Royal Birkdale. Spieth added one of Titleist’s new irons to the bag, one of the six new models the company debuted on tour in late June.

Spieth removed his Titleist 816 H2 21-degree hybrid in favor of Titleist’s new 718 T-MB 3-iron. Although the company hasn’t released full details on the new iron, if it follows in the footsteps of the Titleist 716 T-MB it’s a hollow iron infused with heavy tungsten weighting low for shots that launch higher with less spin. Spieth already had the 716 T-MB 4-iron in the bag. Adding the 718 T-MB 3-iron gave Spieth an option off the tee and into the par-5s that he could flight down during the challenging winds.

Just like in his win last month at the Travelers Championship, it was the Titleist Vokey Design SM6 60-degree wedge that played a crucial role in Spieth’s journey to victory. His gutty up-and-downs on 12 and the wild 13th kept him firmly in the discussion for him to claim the third of the four legs of his career Grand Slam.

But like it has for his entire career, Spieth’s battle worn Scotty Cameron 009 made every putt that mattered on the back nine on Sunday. That included the bogey-saving putt at 13, a short birdie putt on 14 and mammoth eagle and birdie putt on 15 and 16 to go from a shot behind to two in front. Spieth had switched out of his trusty putter for a week in May at the AT&T Byron Nelson, but was back in the Scotty Cameron blade that’s won him more than $30 million the next week at the Dean & DeLuca Invitational. Spieth said at the time that he “just needed to look at something different. I didn’t know if it would be a week or a month, and ended up being a week and it feels good now.” Almost as good as holding the Claret Jug.