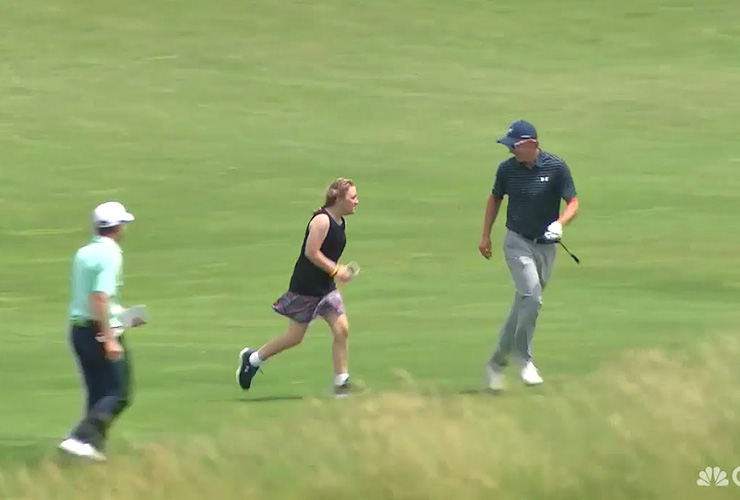 You don’t see a ton of smiles inside the ropes during U.S. Open practice rounds. Not when the sport’s most physically and mentally draining endeavor awaits, warranting a player’s unwavering attention as they prepare for battle. At times, the tension is suffocating; after all, it’s supposed to be a game, yes?

So catching this playful exchange between 2015 U.S. Open champ Jordan Spieth and his sister Ellie on Wednesday at Erin Hills was a sight for sore eyes.

Ellie has been called the “real star of the Spieth family,” her unbridled joy continually injecting a sense of levity. The same rings true in Wisconsin, as she stole the show on the tournament’s eve.