Chasing his first major, Ian Poulter is being surprisingly careful not to sound too confident 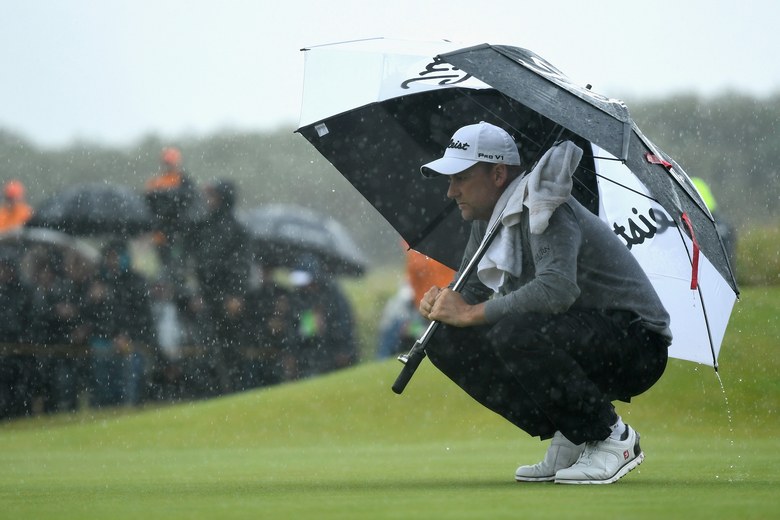 By John Huggan
No one in golf does positivity quite like Ian Poulter. In the immediate wake of a even-par 70 that has him well in contention for what would be a maiden major title, the 41-year-old Englishman was at his chest-thumping best talking to the assembled media. And why not? Winning the 146th Open Championship at Royal Birkdale would be the fulfillment of a lifelong dream for the Hitchin-born lad.

Not incidentally, victory would also make Poulter the first Englishman in 48-years to win the oldest event in golf on home ground. Tony Jacklin at Royal Lytham in 1969 was the last to do so.

“It feels absolutely marvelous, it really does,” said Poulter, who’s best finish in the Open was when he came in second to Padraig Harrington in 2008, the last time Birkdale hosted the championship. “Walking up 18 and just walking from greens to tees was really pretty special today. The galleries were huge, and they were really pulling for me. So it was really nice to be in position, keep churning out decent scores and keep myself on the board. It was great. The fans are great. I’m playing hard for them because they’re giving me a lot of energy on the course.”

All of which is a long way from the Ian Poulter who, after missing the halfway cut in the Valero Texas Open in April, thought he had lost his playing privileges on the PGA Tour. Always so sure of himself—outwardly at least—even the self-styled working-class hero had doubts about his ability to compete again at the top level.

What saved him first was poor arithmetic somewhere within the PGA Tour organisation. Turns out there was a mis-calculation of the money the five-time Ryder Cup player needed to keeps his card after an injury-enforced absence in 2016, and he had actually earned enough. Back on tour, he then had a memorable second-place finish at the Players, giving him the freedom to plan his own schedule for the rest of this season.

Poulter’s form since that change in his fortune has been mediocre at best, but he is definitely a man on the up. He successfully qualified for Birkdale through Final Qualifying at his home club of Woburn (for those seeking omens, Paul Lawrie, like Poulter a PGA-qualified pro, played his way into the 1999 Open and won at Carnoustie). And only last week, Poulter led the Scottish Open with 18 holes to play, before a final-round 74 dropped him to T-9.

Given how far he has come in 2017, Poulter, for once in his life, was actually reluctant to get too far ahead of himself. He is, after all, just one part of a leader board dominated by some notable names: Jordan Spieth, Matt Kuchar and Brooks Koepka to name but three.

“For me to use up some mental energy thinking about holding that claret jug on Sunday night is not the best idea,” Poulter said. “There’s a lot of golf to be played between now and then. I’m very focused on what I’m doing right now. I’m going to love to grab that thing with two hands, if I can. So I would like to talk to you Sunday evening and tell you how it feels, if that happens, rather than tell you right now exactly what it would feel like. I think you can guess how good it would feel like after the year I’ve had.”

We can. And yes, it would be quite a story.