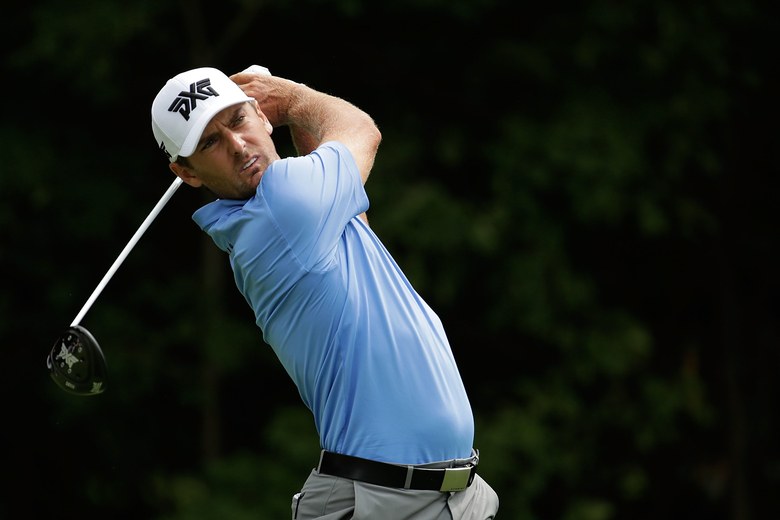 Charles Howell III and Ollie Schniederjans are each in very different spots in their careers, but both have had plenty of success in 2017. Howell III, 38, is in his 17th year on tour, with two wins and well over $30 million in career earnings. Schniederjans, 24, is making just his 32nd start on the PGA Tour, and has shown promise in his limited appearances. The young gun and the veteran are tied for the first-round lead at the John Deere Classic in Silvis, Ill., after posting eight-under 63s on Thursday.

Something about TPC Deere Run brings good vibes for certain players, and Howell III (pictured) is one of them. He’s finished in the top-25 six times in 10 tries at the John Deere, including a solo third in 2000 in just his third start on tour as a professional. His consistency during his career has been well-documented, and 2017 has been no exception. Howell III has made 16 of 17 cuts, the only miss coming at the Safeway Open, his first start of the season last October. His round on Thursday was bogey-free and the lowest of the year.

For Schniederjans, his 63 is the lowest round of his nascent career, featuring birdies on three of his last four holes, all coming inside 10 feet. Unlike Howell, the former Georgia Tech standout has no prior experience at the John Deere, making his first round in the event all the more impressive. He’s still in search of his first victory, but four top-10s and a T-3 at the RBC Heritage indicate that day might be coming soon.

Another veteran who has enjoyed success at the John Deere is Zach Johnson, who posted a six-under 65 and sits just two back. Johnson, 41, won the event in 2012 in a playoff and lost it in a playoff a year later. He now has 12 rounds of 65 or lower in his career at TPC Deere Run, the most of any player.

Also at six under are Rory Sabbatini, Patrick Rodgers and Chad Campbell.