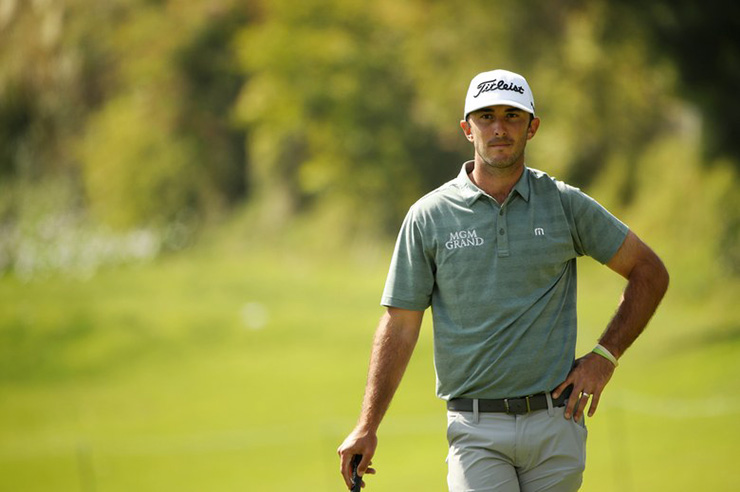 By Joel Beall
CBS Sports’ broadcast of the final round of the Genesis Invitational drew criticism from fans Sunday.

Although social media can be cruel and uncompromising when it comes to its opinion of golf coverage, several mistakes left viewers wondering what was going on at Riviera. These slips included:

• An incorrect score board from the LPGA’s Women’s Australian Open, caught by No Laying Up. The tournament ended Saturday night.

• A singular Korn Ferry Tour highlight, featuring a putt from Peter Uihlein. Although Uihlein entered the day with the lead, he finished T-20 at the Suncoast Classic, which had already been decided when the event update was televised.

• Delayed footage of Harold Varner III topping his tee shot at the iconic 10th hole. Varner was tied at the time of the miscue, which was noted by CBS Sports analyst Ian Baker-Finch. Varner’s top was eventually shown in a highlight package some 90 minutes after it occurred.

• The relative broadcast absences of Max Homa, one of the more popular PGA Tour players on social media, and Joel Dahmen. As the Twitter handle Deep Fried Egg pointed out, at one juncture Homa, then a stroke back of the lead, had only a single shot televised while Rickie Fowler—who was not in the field—had two highlights during the program.

Golf Digest spoke with sources associated with the CBS Sports golf broadcast on Sunday. There was acknowledgement that, while no broadcast is perfect, some of the mistakes were inexcusable. Other misses, like not originally airing the Varner shot, can get lost in the chaos of the production van.

As for complaints that players were not given their proper television time, deciding who to show and when is an inexact science, a matter complicated due to Sunday’s compacted leader board.

CBS Sports recently overhauled its golf lineup, both in front of and behind the camera. The network did not renew the contracts of Gary McCord and Peter Kostis, added Davis Love III and Trevor Immelman and elevated Dottie Pepper and Frank Nobilo to new roles. Meanwhile, longtime producer Lance Barrow will step down following the 2020 season.