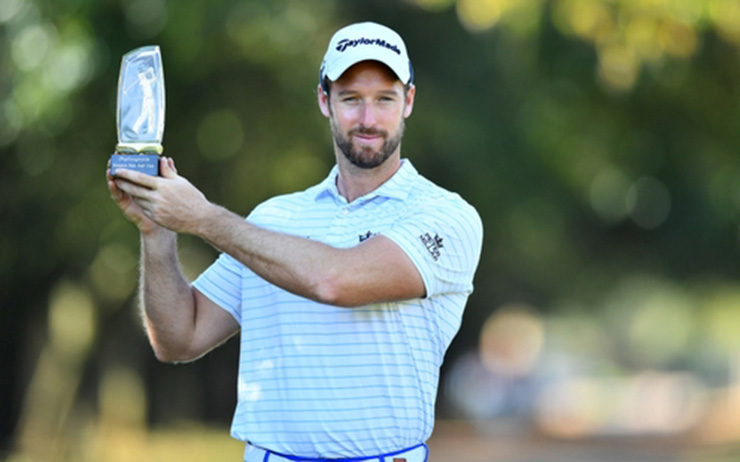 As golf tournaments go, this week’s South to East Challenge near Johannesburg is hardly what you’d call big game.

The $30,000 (ZAR 400,000) event is a stop on the Big Easy Tour, a mid-season, garden variety event on the feeder circuit to South Africa’s celebrated but ultimately still developmental Sunshine Tour. It means only the players, their friends and family and serious golf anoraks elsewhere are likely to stay abreast of developments during the 54-holer.

With the U.S. Open to prepare for at Erin Hills in Wisconsin next week, it’s a fair bet the renowned golf photographer David Cannon won’t be clicking away inside the ropes at Ebotse Links in Benoni. But rest assured, the Englishman will have the South to East Challenge in sharp focus.

Cannon’s 30-year-old son, Chris, is one of the players to watch this week as the MENA Tour goes on its annual safari, co-sanctioning three events as part of its South African swing.

After years of graft and a tough start to the season, Chris finally broke through to win the Big Easy Sunshine Tour’s recent Kempton Park title, carding rounds of 67-65 and firing up Dad along the way.

David Cannon has previously told GolfDigestMe.com that his ultimate dream is to photograph Chris playing the Open Championship one day, though we wonder how he’d manage to focus through the inevitable tears of joy.

Chris is still a way off lining up in a major but the sometimes MENA Tour starter can at least see light as he toils away in golf’s lower leagues hoping for that big time break.

“I feel like I have been moving in the right direction and my play is getting better and better,” he told the Sunshine Big Easy Tour.

“I think everything has been improving. I mean, I have certainly been putting well and my wedge shots have been much better as well this week. So, it’s just a general overall improvement and also mentally, I have been very focused.”

Fredrik From, meanwhile, will also take that rare winning feeling into this week having captured the MENA Tour’s most recent event, the rain-shortened Pattana Golf Championship in Thailand. 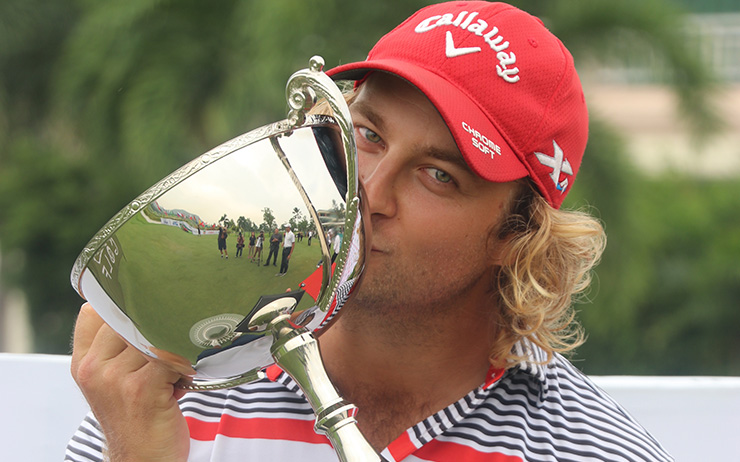 The 27-year-old Swede has set his sights on the MENA Tour order of merit title after signing for a sizzling 63 in the final round and has every reason to set such lofty goals after his breakthrough. The eventual MENA Tour champion earns starts in the PGA Tour’s 2018 DEAN & DELUCA Invitational at Colonial Country Club as well as European Tour starts in Dubai, Morocco, Malaysia and The Netherlands among other incentives.

Cannon and From will have their work cut out with defending champion Bryandrew Roelofsz and current Big Easy Tour money leader and countryman Etienne Bond headlining the South to East Challenge field.

England’s Luke Joy, who will be looking to make amends after missing the cut at the Zambia Open on the Sunshine Tour last week, is one of 37 MENA Tour professionals and five amateurs in the field. He is joined by fellow MENA Tour winners Tyler Hogarty (South Africa), Antonio Costa (Chile) and Cyril Suk (Czech Republic) while Dubai-based Brazilian Tiago Lobo, who is currently second to Switzerland’s Michael Harradine in the amateur order of merit standings, will be watched closely. The 100-strong field will be cut to the leading 50 professionals and ties after 36-holes.

Designed by Matkovich and Hayes Golf Course Architects, Ebotse Links has been described as South Africa’s only “inland links”. It was built to US PGA specifications with a 6,372-metre par 72-rating, features seven holes on the water and is currently ranked the 32nd best course by Golf Digest South Africa.

“We are very excited with our association with the Sunshine Big Easy Tour, which will benefit members of both the tours and help further stimulate the growth of golf. South Africa boasts some of the best and most beautiful golf courses in the world. I am confident our members will have fun playing there,” said Mohamed Juma Buamaim, chairman of the MENA Tour.

The MENA Tour is also co-sanctioning the Jo’burg City Masters at the Country Club from June 13-15 and The Roar at Waterkloof Golf Club in Pretoria from June 20-22.