Can Tyrrell get his winning Hatton 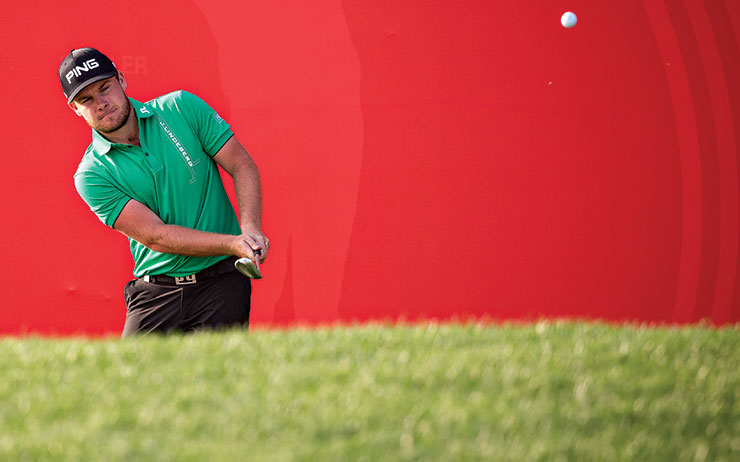 The 25-year-old Englishman takes a one shot lead into the final round of the Abu Dhabi Championship after firing rounds of 67-68-68 to be -13 through 54-holes of the Desert Swing opener.

A chasing pack headlined by U.S. Open champion Dustin Johnson and three-time Falcon trophy winner Martin Kaymer means Hatton will undoubtedly be made to sweat on his slender buffer.

But the world No. 23 has pedigree as a 54-hole hare having stretched a three-shot third round buffer, following a course record 62 on the Old Course at St Andrews, into a breakthrough four-shot Alfred Dunhill Links Championship victory last October.

“Yeah, it gives me a lot of confidence. It’s nice to get my first win at such a special place. You know, take that confidence going into tomorrow and hopefully I can have a good day,” he said after erasing a bogey on the 4th with five birdies Saturday.

Hatton will also draw from the hurt of his late demise at November’s DP World Tour Championship in Dubai. A miracle penultimate hole par from the sand gave him a one shot lead standing on the 72nd hole but it was washed away with an errant drive into the creek splitting the 18th fairway on Earth at Jumeirah Golf Estates.

“I spent most of my time playing Xbox and chilling out at home to be perfectly honest. So a little bit of a surprise to see where I’m at this week, but very happy with one round to go.”

“I’m sure I’ll be hitting in first, that’s for sure. Obviously big names are up there, so I’ve just got to focus on my game and try and play as well as I can.

“I love this place. It’s one of my favourite events of the year, so hopefully I can go out there tomorrow and have a good day. It should be good fun.”