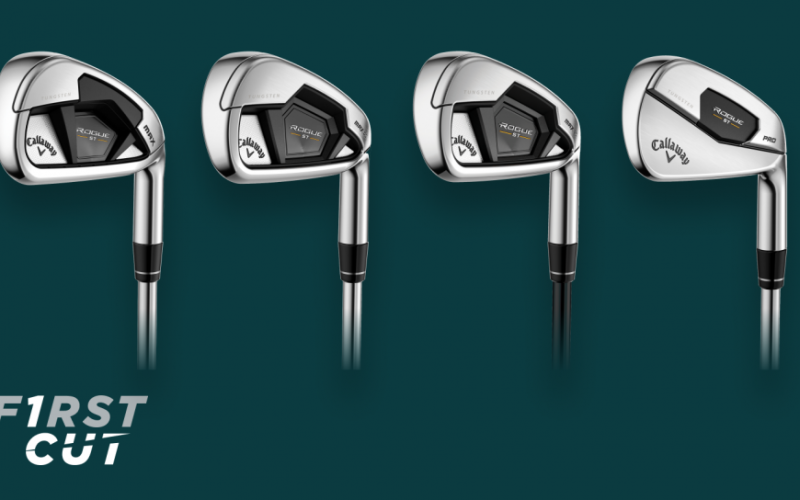 WHAT YOU NEED TO KNOW: The Rogue ST iron line is made up of the game-improvement Rogue ST Max, a sleek players-distance iron in the hollow-body Rogue ST Pro and a strong-lofted, distance-focused option with Rogue ST Max OS. To further appeal to those needing even more help, the Rogue ST Max OS comes in an OS Lite version, which is not only lightweight but has more loft to assist slower swingers with getting the ball in the air.

THE DEEP DIVE: To create the new Callaway Rogue ST iron family, which covers four models for players of varying ability levels, Callaway’s designers not only enhanced three of the company’s core iron technologies but employed a new face material as well. 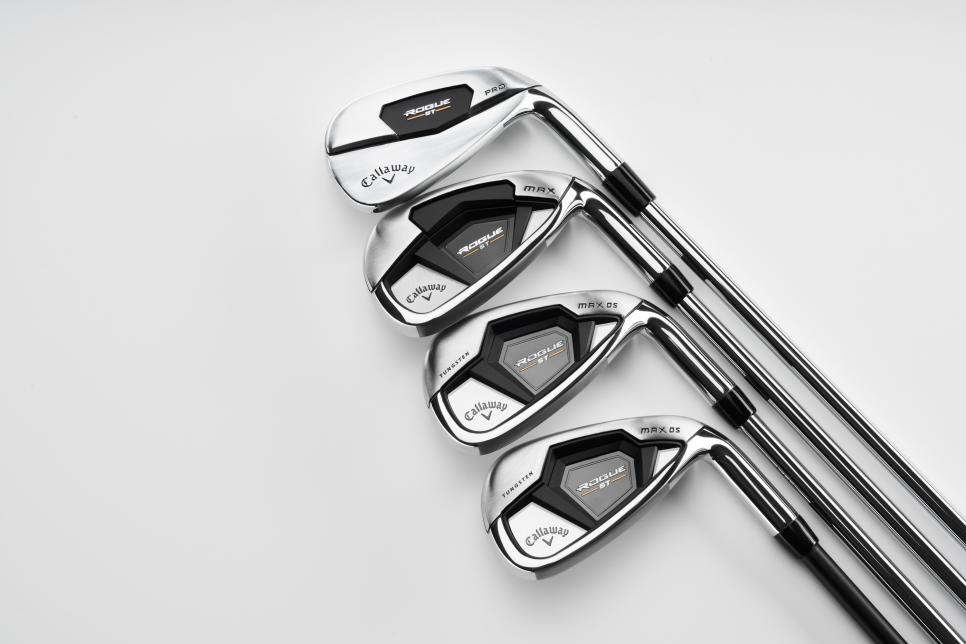 “We had reached the limit of casting faces with 17-4 stainless steel,” said Scott Manwaring, director of iron design for Callaway Golf. “But using a high-strength 450 steel for the face cup (where the top and bottom of the face wrap around part of the topline and sole) allowed for thinner areas on the face.”

Paramount to all of the new irons is the newly conceived face cup that is married to the 17-4 stainless-steel body. Not only does the new face material allow for thinner areas to create more flex, but each individual face is designed via artificial intelligence, so the faces are not just thinner, but thinner in the areas that create the most benefit for the type of golfer most likely to be drawn to whichever category of iron they are playing.

“What is the job of each iron in the set? How do they use these clubs? We have mountains of data covering millions of shots that help guide us,” said Dr. Alan Hocknell, Callaway’s senior vice president of R&D. “These irons are a significant upgrade [from Mavrik]. How do you manage the energy the club arrives with? How do you manage it in terms of what energy the ball departs with? You need to get the right combination of speed, angle and spin. It’s not just how far you can hit the ball. With an iron you have to land the ball as well. It’s about getting the proper combination of speed, spin, launch and descent angle.”

Which is where some of the enhancements come into play, including the use of more tungsten inside the clubhead—a lot more. 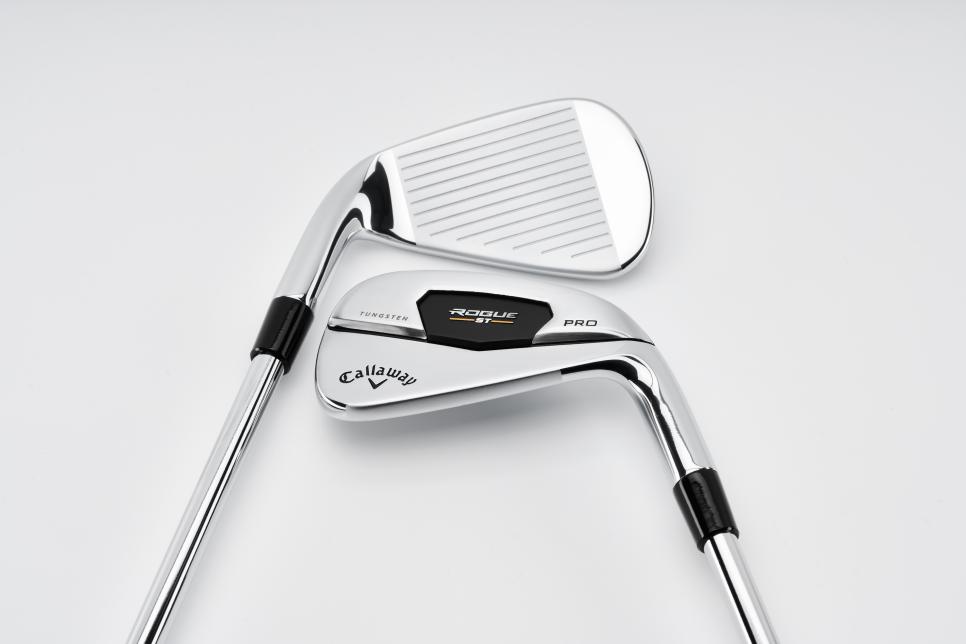 “We’re using 250 percent more tungsten than Mavrik,” said Hocknell. “Mavrik had 17 grams of tungsten. These irons have up to 62 grams. That allows for precise CG location by moving weight to certain parts of the head. That allows the CG to work in conjunction with the face to get the performance attributes we want.”

When producing a thin-faced iron, however, designers battle the tendency for them to sound clacky or tinny. Fillers of one kind or another behind the face or in the cavity are a typical method to damp sound but can come at the expense of ball speed. Callaway, however, employs a urethane compound where the material is impregnated with millions of microscopic spheres of air. While the company has employed this technology in several previous irons, it only went up to the third or fourth groove from the bottom of the face. In the Rogue ST irons it goes all the way up to the sixth groove. This not only provides a cushy feel while still giving the face room to flex but also covers between 80 and 90 percent of the area where iron impacts occur. 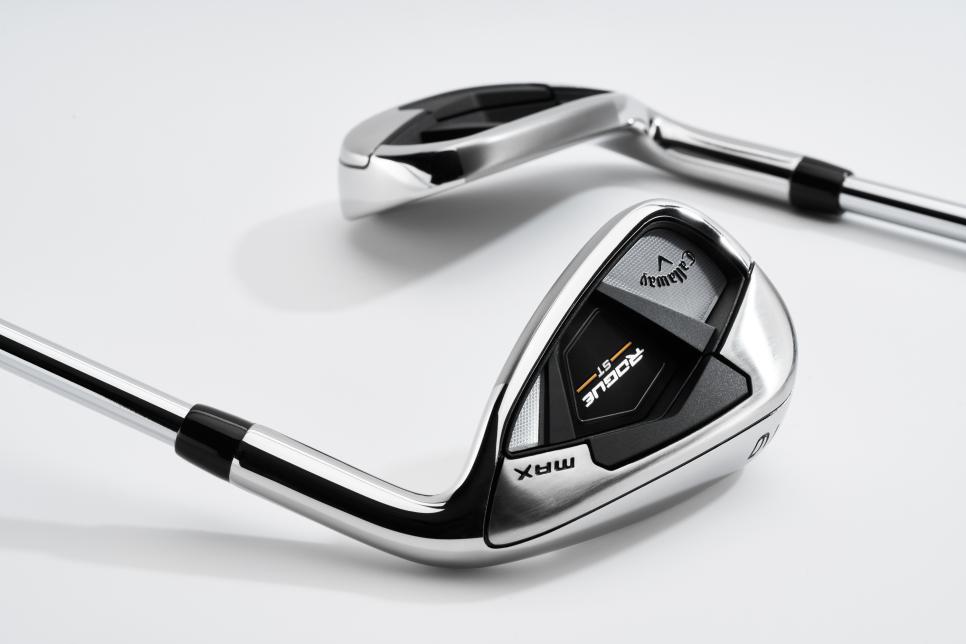 As for the individual irons, the Rogue ST Pro features a shorter blade length, less offset and narrower sole—all things that should appeal to the better player. “This has stronger lofts than Apex Pro but not quite the forgiveness of Apex,” said Hocknell. “This iron is for someone looking for something between those two.”

The ST Max version is, as Hocknell said, a shape that anyone who has seen a Callaway iron before will recognize. “This fits the largest part of the market,” said Hocknell. “The CG is 50 percent lower than Mavrik and the lofts are actually slightly weaker. That helps up the launch angle and leads to a better descent angle.” Likely to go unnoticed but no less valuable is a progression of the hosel length (longer in the long irons, shorter in the short irons) that make the long irons easier to square up at impact. 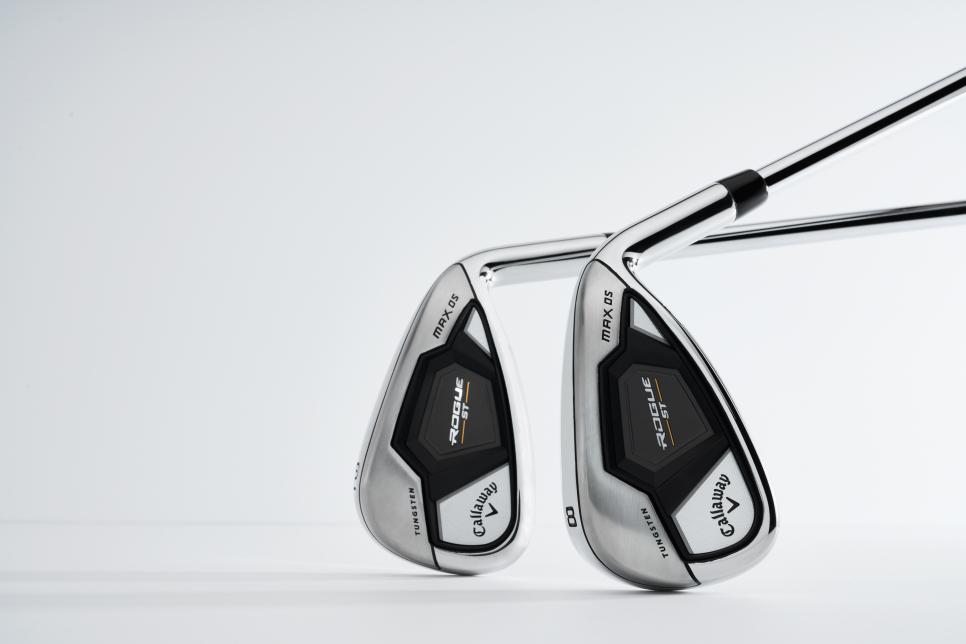 The ST Max OS is slightly larger than the Max, providing more forgiveness for those who tend to swipe it across several areas of the face. The Lite version was derived after receiving feedback from fitters and sales reps that it would be a welcomed addition to the line. Not only does the Lite use lightweight graphite shafts and lighter swingweights, but the lofts are 3 degrees weaker than the standard OS to prioritize getting the ball in the air.