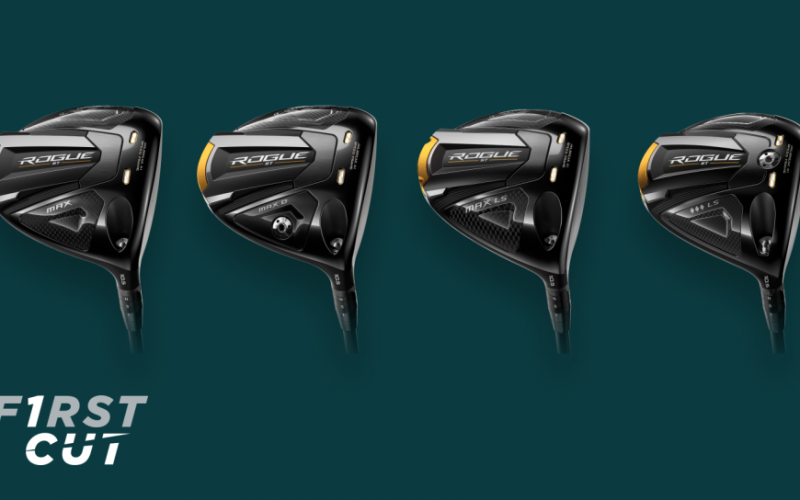 WHAT YOU NEED TO KNOW: Callaway launches it largest new collection of drivers with the four-model Rogue ST lineup. The approach discards movable weight options for distinctly conceived designs for four player types, each within the framework of large-format high-forgiveness design. Those include the extreme moment of inertia (MOI) Max, the anti-slice Max D, the high-forgiveness but neutral-biased and flatter-flying Max LS or the slightly compact, super low-spin ◊◊◊ LS

PRICE: Available for pre-order on Jan. 21, at retail Feb. 18.  (Ed’s Note: UAE Pricing and release dates to be confirmed) 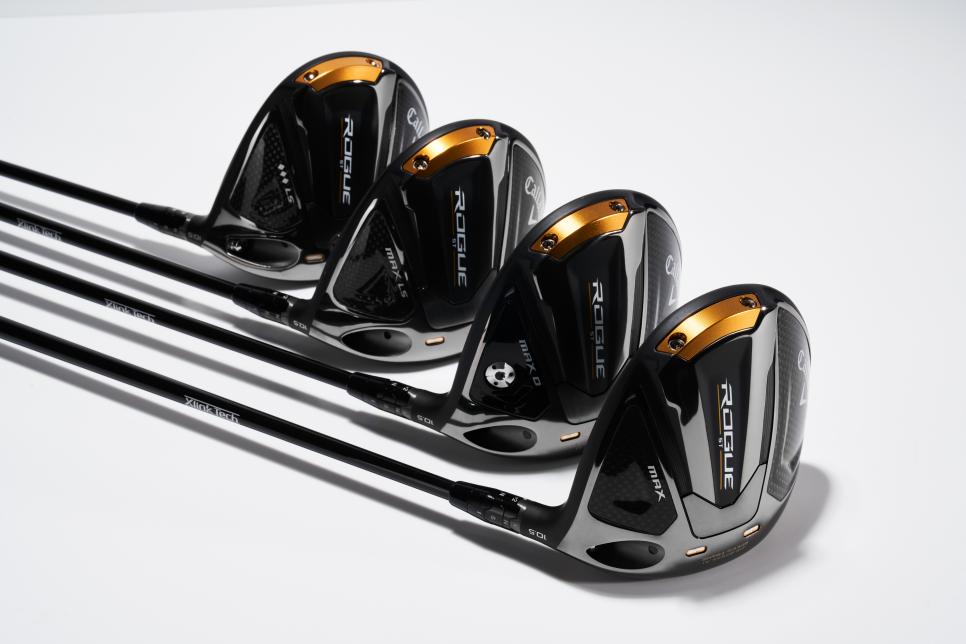 THE DEEP DIVE: Alan Hocknell, senior vice president of research and development at Callaway and the Ph.D who’s been imagining and re-imagining the company’s drivers for nearly the last quarter-century, admits that at another time in the not-too-distant past when the company’s expertise in the use of artificial intelligence and machine learning wasn’t as fully developed as it now is, a new driver lineup might have been a compromise. That’s really what movable weight drivers end up being, a mostly one-size-fits-all convenience that at best was an incomplete solution because it only changed ball flight left or right. 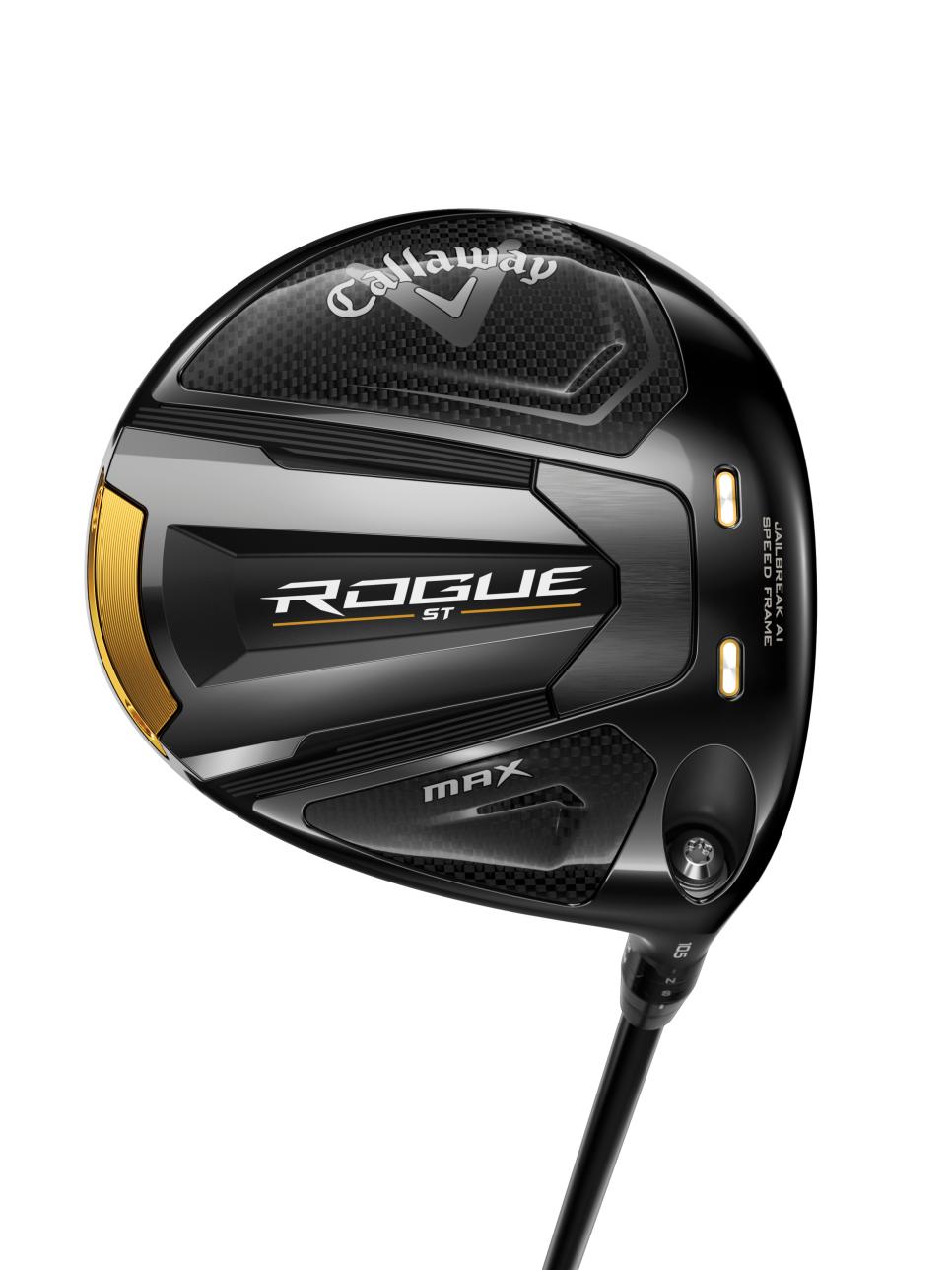 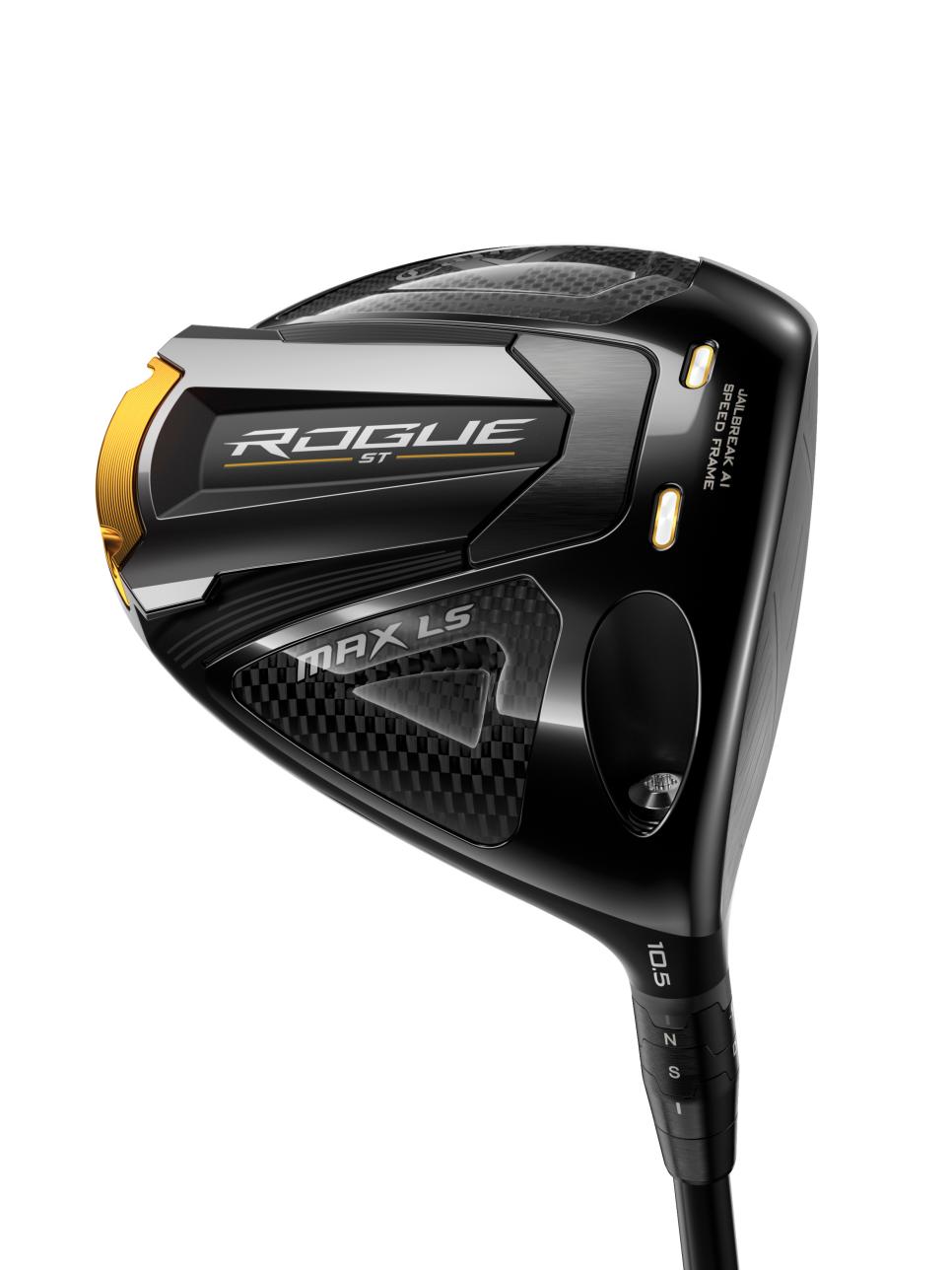 The new Rogue ST line of drivers, which features four models and none with sliding or otherwise movable weight functions, intrigues for multiple reasons, but high on the list is how it seeks a clear demarcation for four different drivers for four different player types. And yet each shares core strands of the same DNA. The four Rogue ST models largely fit in a stretched shape from heel to toe that emphasizes off-centre hit stability (moment of inertia). There’s the Max, which appeals to the mass of golfers looking for forgiveness and distance; the Max D, which includes heel-side weighting and more of an upright lie angle to fight the slice; the Max LS, which emphasizes a flatter trajectory and reduced spin in a forgiving shape; and the ◊◊◊LS, which targets better players with a very low centre of gravity for extremely low spin and a more compact 450 cubic-centimetre shape. Hocknell said those four models are the result of digesting the data of more than two million swings to get at the guts of most of the driver-buying universe. 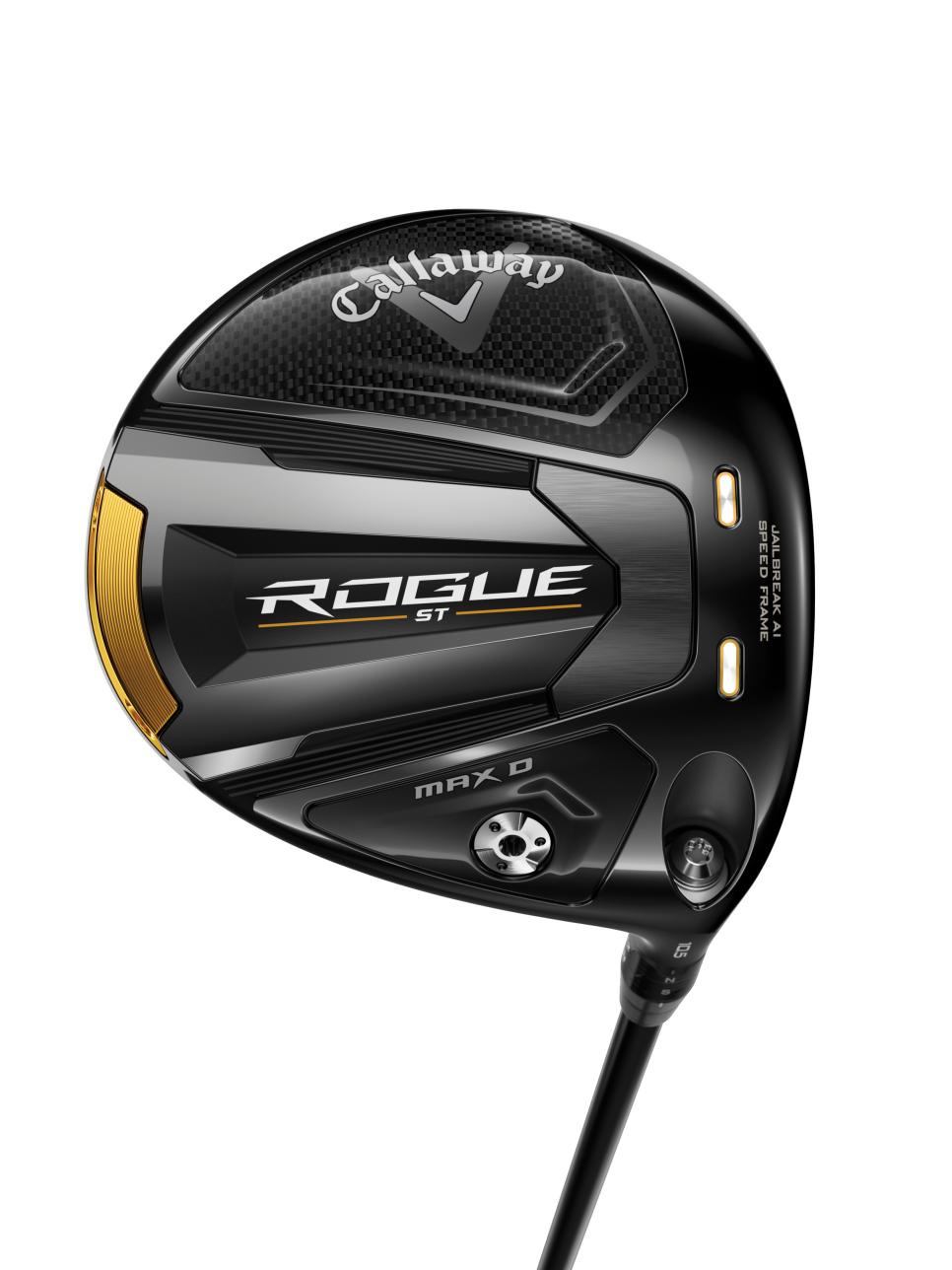 “By using distinct models, we’re also changing other attributes of the heads beyond just the draw bias to create other characteristics that are more attuned to the different golfers,” Hocknell said, noting that while the amount of draw or fade bias might be different, so too, might be face angle or lie angle or even the relationship between the shaft axis and the face’s leading edge. “The equivalent in Formula 1 is the way they set their cars up for different race circuits or different race conditions. In our case the race circuits are different golfer types. We’re looking at all the variables and trying to set these golf clubs up for different golfers. Plus, we’re using arguably better data than we’ve had before because we’ve got a lot more launch monitor data than we’ve had before.

“We’ve really focused on them being distinct from one another so that in a fitting environment one of them might be clear to you that it’s the right one for you, but you’re probably choosing from no more than two. It’s really another way that we’ve started to use our A.I. techniques. We’ve got data on the population from fitting centres all over the world and we can do math on that essentially to figure this out.” 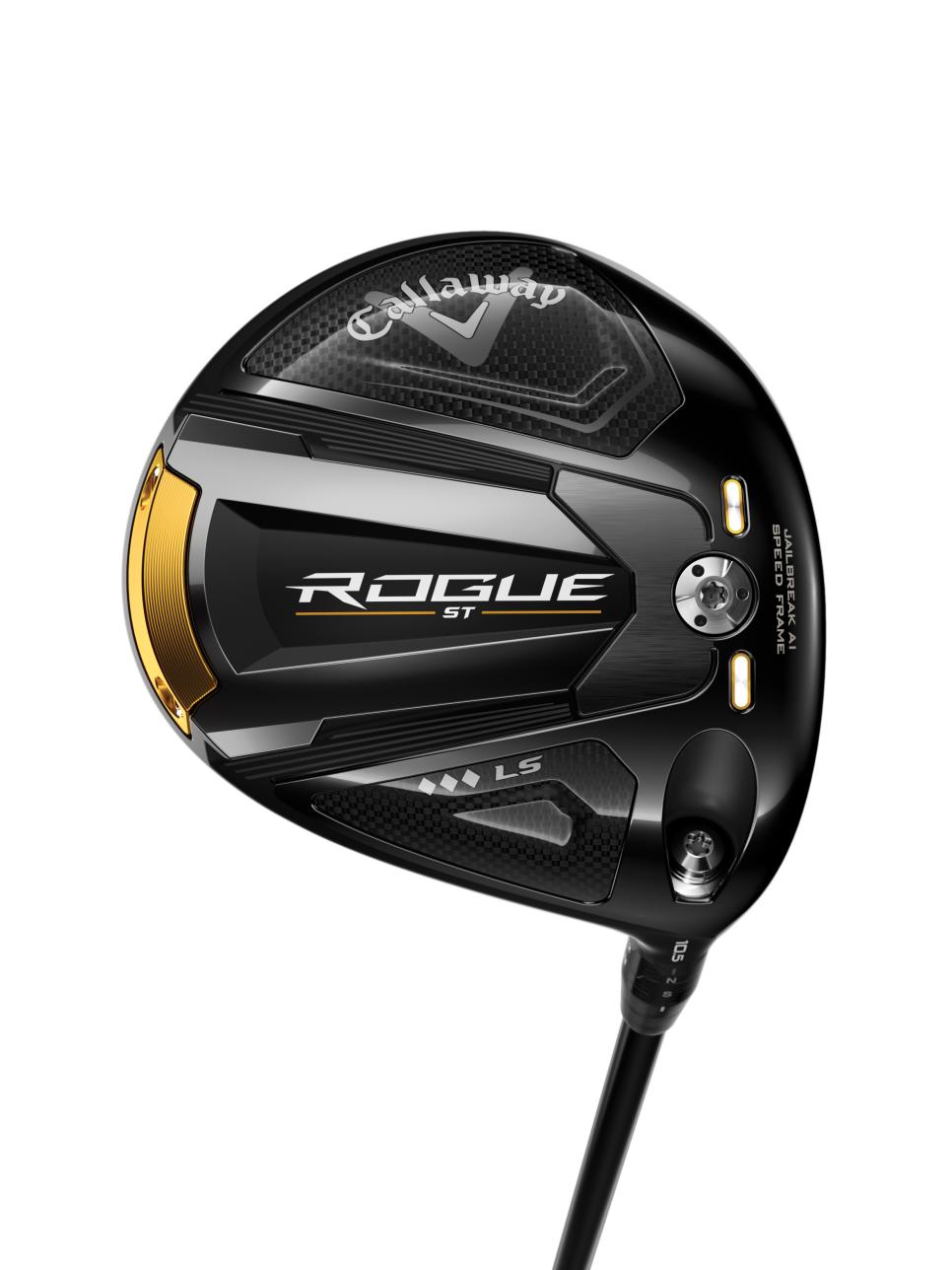 For those who aren’t fully up to speed on Callaway’s expertise here, the company has been using artificial intelligence and machine learning platforms to drive innovation in head designs and face designs for the last three primary driver launches, starting with the Epic Flash in 2019. That’s included revisions to specific face thickness patterns for specific heads, as well as updates to the company’s internal “Jailbreak” feature that braces the crown and sole immediately behind the face to direct more flexing into the face and improve overall ball speed across the face. This super-computerized thinking found four distinct heads, faces and, ultimately, ball flights.

While the Rogue ST Max D and Max drivers show similarities in shape, Hocknell described the Max as “really more like an enlarged version of a shape that would appeal to a good player,” while the Max D includes extra weight in the heel and a more upright lie angle to get sliced tee shots curving less. Generally, though, the stretched shape is a departure from the “cyclone” shape of the Mavrik line of drivers. In those models, the sole almost rose up to meet the crown for aerodynamic benefits. On the Rogue ST models, the crown first rises and then slopes down toward the back end, almost meeting at the sole. 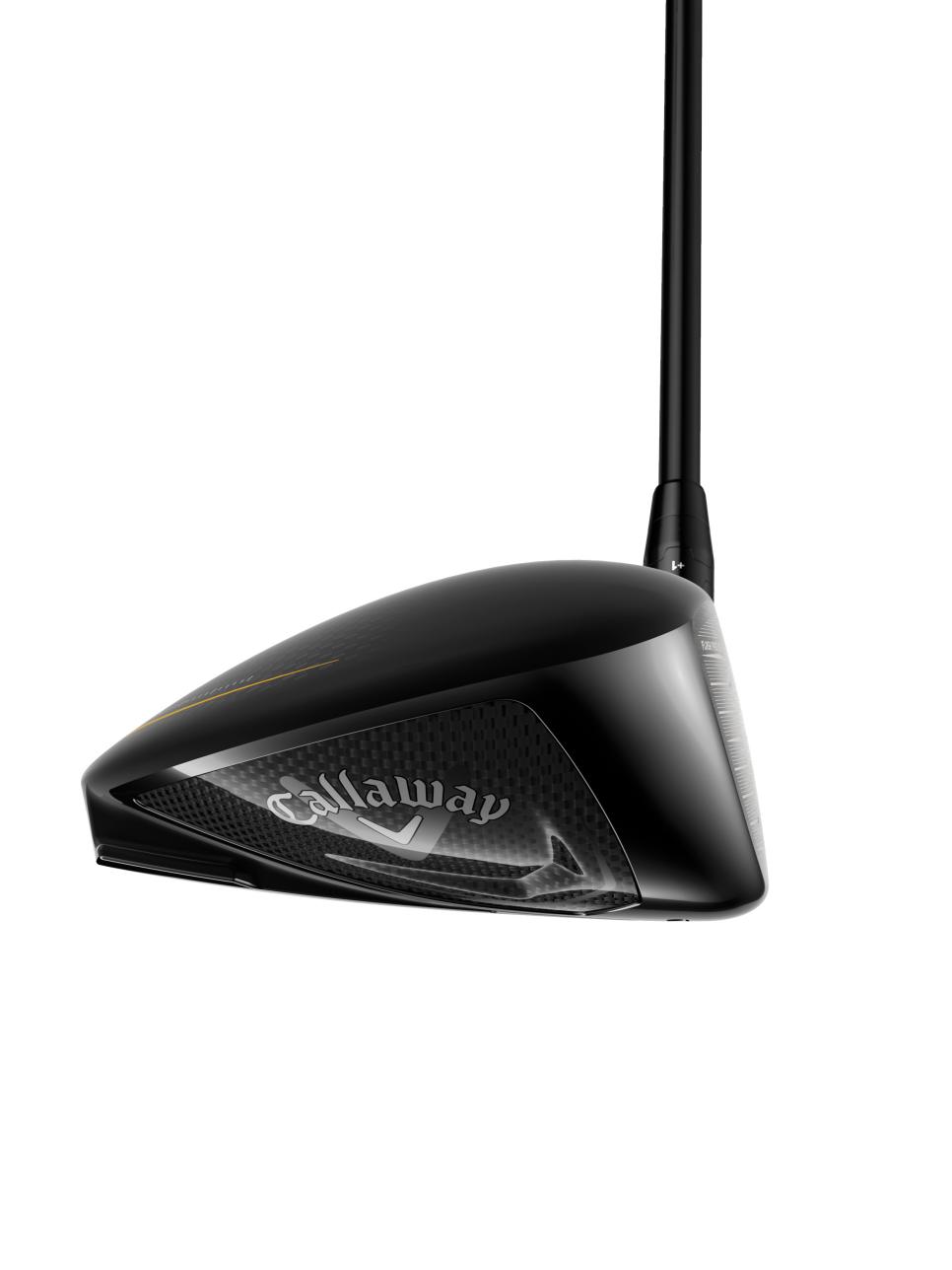 In part because of that shape, those drivers, as well as the Max LS and the ◊◊◊LS, share an overriding focus on off-centre forgiveness, what Hocknell calls “ball speed robustness,” or the idea that with an extremely deep centre of gravity, the head will be more stable so off-centre shots lose less ball speed. The key to stability in the Rogue ST lineup is a tungsten brick in the extreme central perimeter of the frame. Together with the housing and other shaping, that puts about 22 grams in what Hocknell called “the most rearward mounted weight system we’ve had.”

Of course, the problem with extremely stretched rear-weighted designs is spin. The CG can get a little above the ideal, leading to higher spin that can sap potential distance. Here’s where Callaway’s A.I. approach comes in again. The completely redesigned faces with their seemingly wildly random (but precisely determined) varying thicknesses are geared to control spin, Hocknell said.

“I personally could not have predicted the change between where we were [last year] to where we are now just by adding that criteria of reducing backspin,” Hocknell said when looking at the faces of last year’s Epic Max vs. this year’s Rogue ST Max, although he conceded that the machines execute their learning under the hierarchies and restrictions established by the R&D team. “Machine learning continues to teach us things that start out as mysterious, and then we figure out what’s actually going on.

“We’re now able to simulate backspin and launch angle effectively so that we can add those in as objective functions to the optimization [for A.I.]. We had it optimize ball speed and ball speed over a large area of the face but also with the objective function to reduce backspin. So that is without changing the mass properties of the head, could the face itself change the backspin? And the answer is ‘Yes.’”

Also improving the face performance again is the latest version of the company’s Jailbreak feature that joins the crown and sole. Originally vertical bars just behind the face, it’s developed into more of a brace structure, which for these models is now slightly thinner at the top and thicker at the bottom to better dial in ideal face flexing for more consistent overall distance.

All four heads also incorporate a “unibody” construction where the titanium shell fully supports a large carbon composite crown (made of the thinnest triaxial carbon the company has used), as well as sole and toe panels. So sturdy is the titanium structure that Hocknell said the head would stay intact after impact even without the composite panels installed. That structure leads to better energy transfer, Hocknell said.

The four models will be offered in different loft configurations, but each will include the company’s adjustable hosel system that allows players to tweak loft by -1 degrees and +2 degrees independent from face angle. Of the four models, the Max D has the most draw bias, while the Max features a slight draw bias, the Max LS is a more neutral flight, and the ◊◊◊LS affords the most anti-draw tendencies. In fact, Hocknell estimates that were Max D and the ◊◊◊LS set up on a robot with the same neutral settings there might be 30 yards of left to right difference in the results.

The Rogue ST Max and Max D are available in three lofts each (9, 10.5, 12 degrees), while the Max LS and ◊◊◊LS come in two (9, 10.5 degrees). The stock shafts are the Mitsubishi Tensei AV Raw Blue and White, as well as a lightweight/women’s option, the Project X Cypher. All models will be available for pre-order on Jan. 21 and are expected to be in stores Feb. 18 ($550).