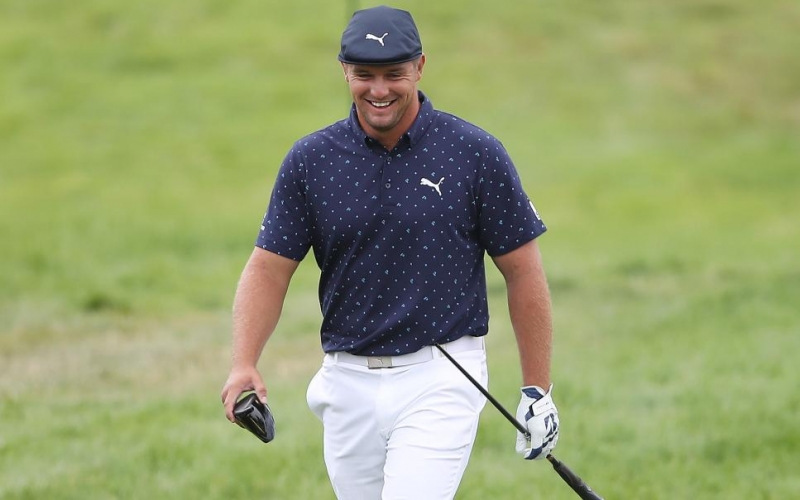 By Daniel Rapaport
SAN FRANCISCO — Perhaps the driver had simply had enough.

Bryson DeChambeau’s driver, which has been launching golf balls into orbit for the better part of two months, broke during the first round of play at the PGA Championship.

It happened on the semi-driveable 7th hole at TPC Harding Park. DeChambeau, two under at the time, swung as hard as he could in an attempt to get the ball close to the green on the 340-yard-hole. After hitting his drive well right, DeChambeau put the club down to bear some of his 250 pounds as he picked up the tee. It snapped right where the clubhead meets the shaft.

Rickie Fowler and Bryson DeChambeau were equally stunned when the driver broke.

The good news for DeChambeau: he could replace it. Under rule 4.1, a player is entitled to replace a damaged club so long as it is damaged in the course of play. If he had smashed it in anger, though, he would not be allowed to replace it.

RELATED: Brooks Koepka took another not-so-subtle shot at Bryson DeChambeau because of course he did

More good news for DeChambeau: he had a backup waiting in the wings. After discussing the incident with a rules official, he sent his manager to go get the backup, which was waiting in a car. Pleased with the news, DeChambeau headed up the fairway and joked to a cameraman that “it must be all the swings.”

Good news for Bryson was that his next hole was a par 3, giving him a hole buffer until his new driver shaft was retrieved. The 26-year-old got the new shaft, added it his clubhead and then hit the fairway at No. 9. Bryson continues to electrify the golf world in 2020, and the first major championship round proved no different. 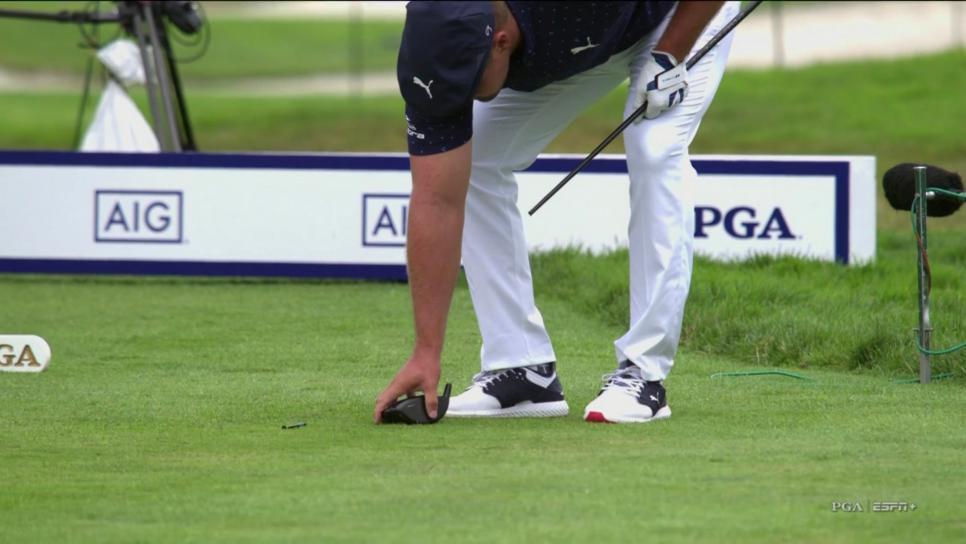 HAHAHAHA! THE ONLY WAY THIS COULD END! pic.twitter.com/S0SFoCUY7f

Bryson’s driver didn’t break when he hit it. It broke when he leaned on it to pick up his tee. Reminder: He’s put on 40 pounds. https://t.co/XOVpgsJRzp

Too much chocolate milk pic.twitter.com/UQcJybGl8z

A real man doesn’t blame his equipment, he blames the ants.

Are you kidding me right now Bryson! Wonder if that was a little toward the neck. pic.twitter.com/yq2JDxXTWf

I guess a downside to adding mass is you can’t lean on your driver as much.

File this under things you don’t see every day at a major championship.