Bryson DeChambeau is no longer golf’s next big thing. But only a fool would bet against him 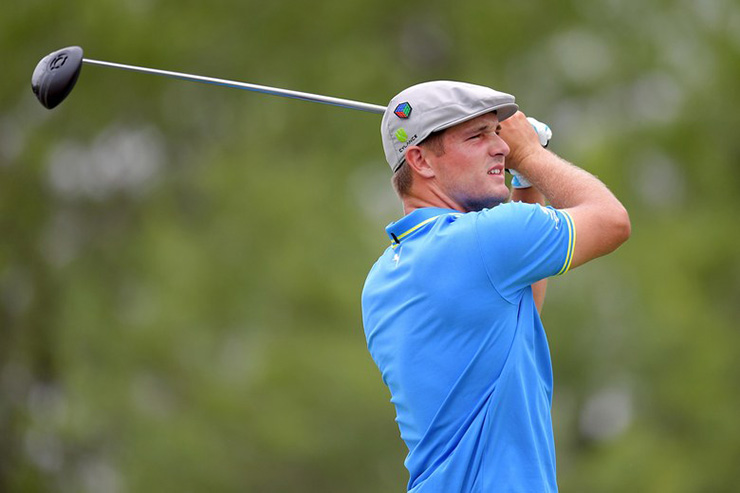 This time last year, Cleveland’s title drought had no end in sight, “President Donald Trump” was considered fantastical and Bryson DeChambeau was golf’s next big thing. What changes the calendar can bring.

It was not unfounded hype for DeChambeau. One of just five players to win both the U.S. Amateur and NCAA individual championships in the same year prior to turning pro, DeChambeau’s 2016 began in auspicious terms. The SMU All-American briefly flirted with the lead at the Masters, ultimately finishing as low amateur. The next week at the RBC Heritage, in his first event as professional, DeChambeau finished T-4. Though he had a string of missed cuts in May, DeChambeau turned in a respectable T-15 at Oakmont.

He carried a devil-may-care demeanor at one of the game’s toughest venues that week, reminiscent of a kid handed the keys to his parent’s house as they leave town. There was a buoyancy to his step, and the crowds — some of the biggest of the tournament — were enthralled.

But it wasn’t just that DeChambeau was finding early success; the sport was already knee deep in a wave of youth. Rather, it was his revolution against it, contradicting golf’s conventions and traditional mindset.

He preached the virtues of one-length clubs. He employed an entourage to untangle the geometry and physics inherent to the swing. Scores were of secondary nature to attaining a sense of enlightenment, the idea that finding the latter would bequeath the former. And while most golfers are not short of conviction, few have the audacity to compare themselves to Albert Einstein and George Washington. Hell, even the way he dressed — brandishing a Hogan cap that hadn’t been seen since Payne Stewart — was different. In a game often knocked for its blandness, DeChambeau was a welcomed splash of color. 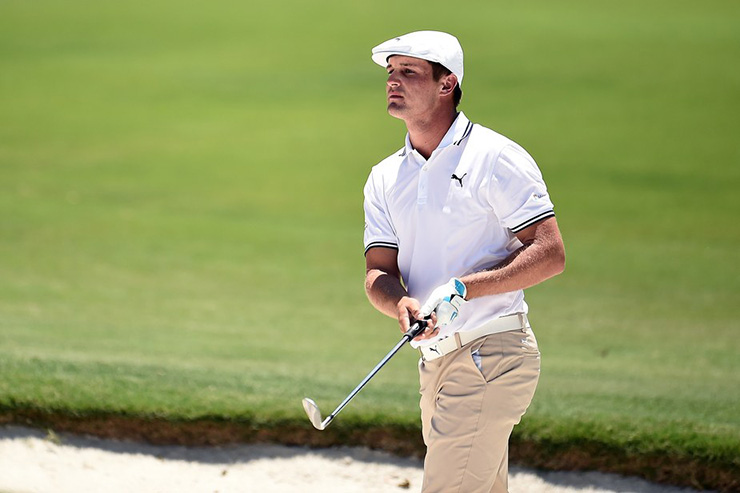 Alas, that color comes with a caveat in professional sports: You have to perform. And since Oakmont, DeChambeau hasn’t.

Just to earn a PGA Tour card for 2017, he needed to go to the Web.com Tour Final Series and win an event. In 20 PGA Tour starts this season, he’s made just six cuts, missing the weekend in seven consecutive events. Worse, he’s made headlines for reasons other than his play, like his public battle with the USGA over his side-saddle putting stroke, or a challenge from Grayson Murray regarding his WD at Riviera.

Suddenly, the things that boosted DeChambeau’s popularity became items of scorn. His cerebral approach? Eccentric. One-length irons? A gimmick. His confidence was now seen as arrogance, the Hogan cap pretentious. A quick Twitter search shows DeChambeau had become a punchline.

But here’s the thing: There’s still a lot to love about DeChambeau’s game. He’s in the field at Erin Hills, earning his way through qualifying. There have been bright spots, such as a runner-up at the Puerto Rico Open. Watching him on the range, one doesn’t perceive they’re observing a rank-and-file player battling for his card. It’s cliché to say someone passes the eye test, but there’s a precision to his ball-striking that, even by tour standards, is mesmerizing. His scientific approach overshadows a brute physicality in his swing, a sentiment illustrated in his .520 strokes gained/off-the-tee figure (25th on tour).

What’s been DeChambeau’s Achilles’ heel is his work around the greens. For all his technological methods, the short game has been an equation he cannot crack. He ranks 124th in strokes gained/around the green, and he’s not on speaking terms with his flat stick (-.796 strokes gained/putting, 202nd on tour). There’s a strong correlation between winning and drive/approach performance on tour, but without a semblance of formidability on the greens, it’s all for naught. It could ultimately cost him his card, and it’s hard to revolutionize the game from its minor leagues. 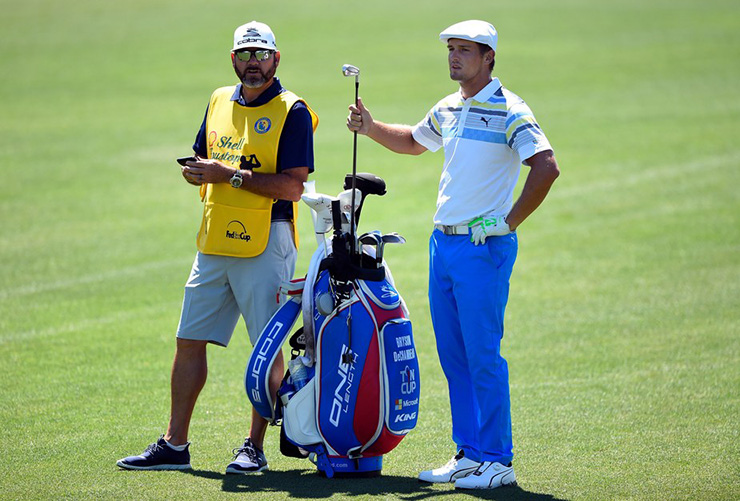 However, if DeChambeau feels pressure, he’s not showing it. Players tend to be more reserved during major championships, the fraternity and horseplay seen during regular practice rounds replaced with a more somber ambience. Yet on Monday afternoon, DeChambeau traversed Erin Hills in the same swagger seen at Oakmont, bombing drives to unfathomable spots with a “Did you see that?!?” grin. His chips and putting didn’t look as far off as the stats suggest, and with the area expected to be drenched throughout the week, wetter conditions should take some bite out of the greens and reduce his short-game woes.

And, lest we forget, he’s still new to all this, only 23 years old. It’s reasonable — almost expected — to experience bumps in the road at this fledging stage of his career.

Admittedly, there’s not the same cadence to this year’s proceedings. Compared to the galleries that tracked his every move at Oakmont, there were only a handful of dedicated followers. Contrasted against DeChambeau’s convoy — presidents have employed a smaller headcount in their caravan — it creates a bizarre setting. Conversely, he’s one of the few pros that answers each call of “Good luck!” or “We’re pulling for ya this week!” with a nod and “Thank you!” response, and he’s extremely generous to autograph seekers. For all the things that turn others off — the entourage size, perceived hubris, a boldness to reinvent the wheel — golf could use more of DeChambeau’s engagement towards its fans. Moreover, a win — even contending — would lend a world of credence to his offbeat methods.

Of course, a charming personality and idiosyncrasies only go so far if he’s not making routine weekend appearances. Time is ticking for DeChambeau to keep his full-time status. A top-30 finish at Erin Hills would go ways in that ambition, and perhaps spur a second-half turnaround.

For, in many ways, the U.S. Open serves as the unofficial start of summer. Who knows what changes the calendar may bring.